I wanted to make you aware, if you weren’t already, of a really fun wrestling-themed card game called “Supershow.” It’s been around for a few years and is a really small-press game made by a company called SRG (Steve Resk Games). It’s a deck-construction game in the same broad category as Magic but, of course, themed around pro-wrestling. It’s definitely a game made by people who love wrestling and the game really has an exciting back-and-forth feel to it like a wrestling match.

They just launched their fourth Kickstarter a week ago to release a new wave of starter sets so it’s a great time to jump on board. Here’s a link to the KS: 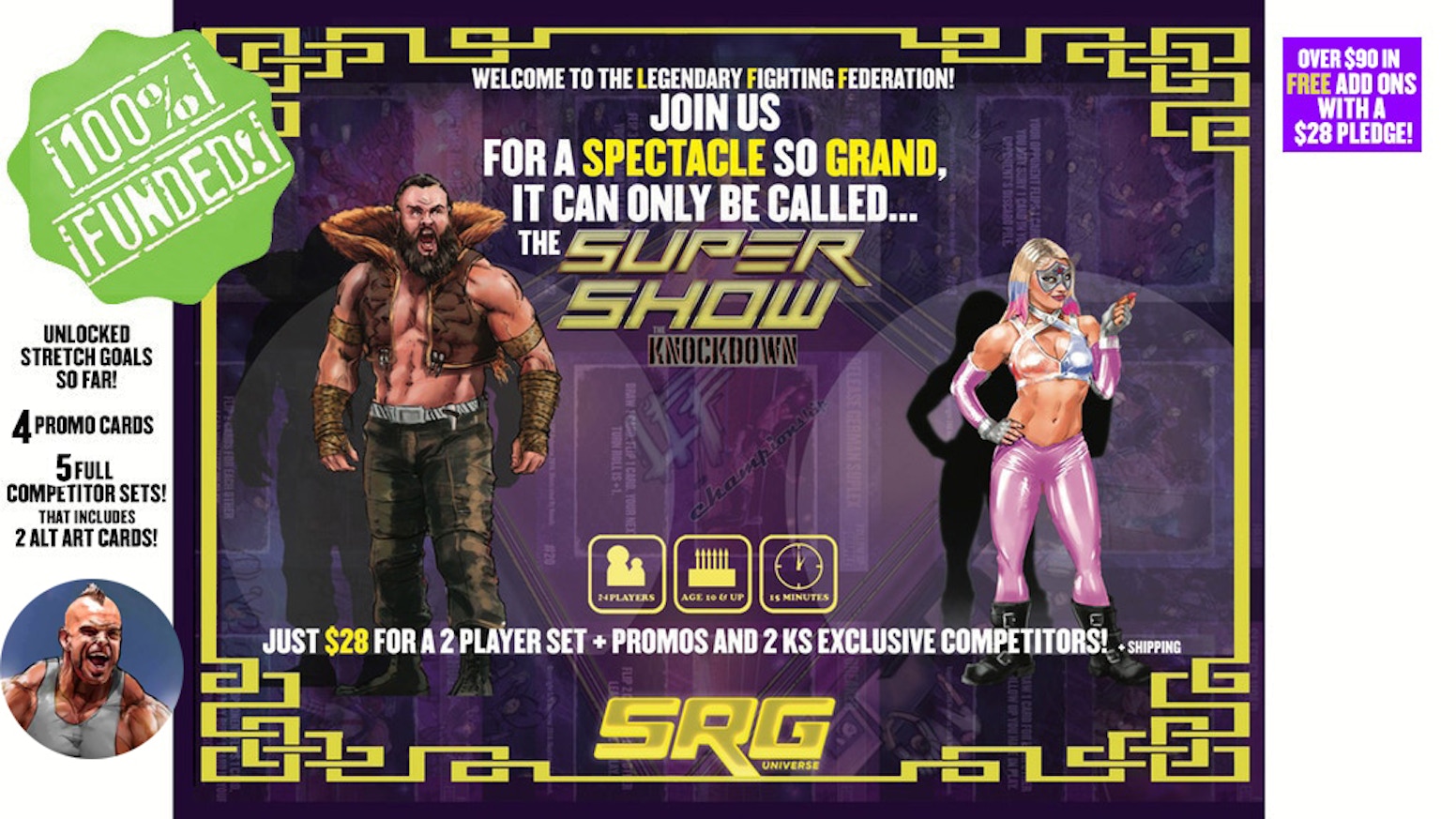 Supershow the Game: The Knockdown, by SRG Universe

Supershow is a multi-player card & dice game set in a secret wrestling federation where Competitors compete for underground glory.

Their home-page is www.srguniverse.com where you can check out their past offerings. The wrestlers you use in the game are either ones they’ve made up themselves or they also have a great selection of independent talent you can choose from like Kenny Omega, the Young Bucks, Matt Riddle, and many, many others. SRG operates out of Queens, New York, and has a relationship with House of Glory so many of their wrestlers are options, too.

Finally, if you’re in the Toronto or Hamilton area and want to try this game out let me know. I would love to teach anyone interested to play this great game.

Thanks for reading!
~Chris Engler