Although Ivan Koloff did interfere, Dusty was beaten really rather cleanly. Outside of Magnum T.A. there isn’t a babyface in the NWA who appears up for beating Koloff after having him run through Flair & Dusty Rhodes. A house show programme with Harley Race was yielding some good results but the push for Race has cooled off considerably and he will need to be rehabbed after a loss to Flair at Starrcade. Flair’s recent heel turn and the formation of a group called ‘The Four Horsemen’ seems to suggest that a babyface run seems unlikely for the near future.

Elsewhere, WWF appears ready to incorporate some new faces as they set their eyes on April and Wrestlemania 2 from the Rosemont Horizon. McMahon is said to have a plan for the Main Event but those close to him are saying that he seems indecisive. The Big 5 in the WWF right now are Hogan, Junkyard Dog, Randy Savage, Terry Funk, and Tito Santana (and not necessarily in that order). Big things could be afoot when Hogan defends the gold against Terry Funk on Saturday Night’s Main Event in early January. 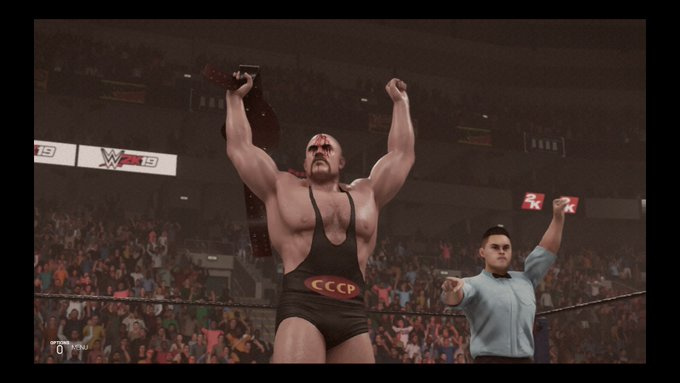 UPDATE THROUGH MAR 7, 1986 - THE WRESTLING CLASSIC

The mammoth run of the U.S. Express is over as Windham/Rotundo dropped the belts to the Funk Brothers - Terry and Dory, however, Vince has determined to name Dory Funk Jr, “Hoss Funk”. To the chagrin of long-time wrestling fans.

Hulk Hogan successfully defended the title against Don Muraco at SNME but he was attacked after the bell by Rowdy Roddy Piper. This feud will finally reach it’s boiling point at Wrestlemania, for the title, where the numbers game will no longer be an issue as Hogan will meet Hot Rod inside of a steel cage.

Elsewhere, newcomer Macho Man Randy Savage won The Wrestling Classic, and appears to be set for a matchup with Intercontinental Champion, Junkyard Dog at Wrestlemania 2 from the Rosemont Horizon

The NWA scene is very much what it was but they have announced a series of supercards this summer under the moniker of “The Great American Bash” There still doesn’t appear to be a clear NWA choice for who will topple the Russian champion, Nikita Koloff - outside of United States Champion, Magnum T.A.

It makes sense from an in-game universe standpoint and a real-life perspective I feel. Hogan vs Piper wasn’t a match the whole world got to see at once and for the grandeur of Wrestlemania why not use a feud that’s proven rather than trying to clumsily make Bundy via Bobby Heenan? 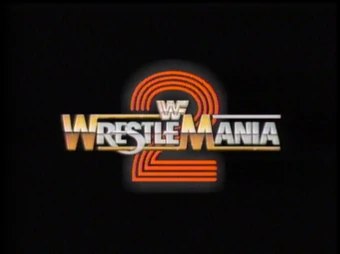 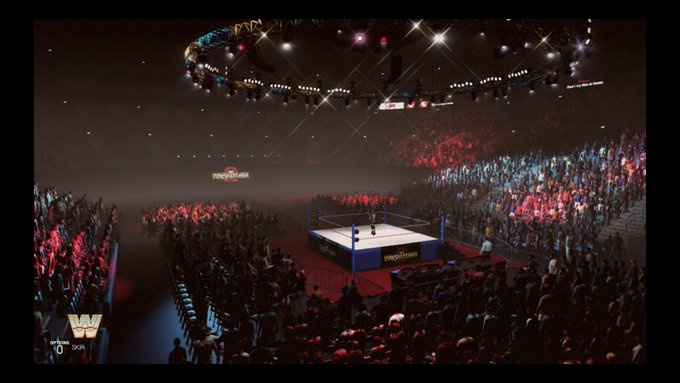 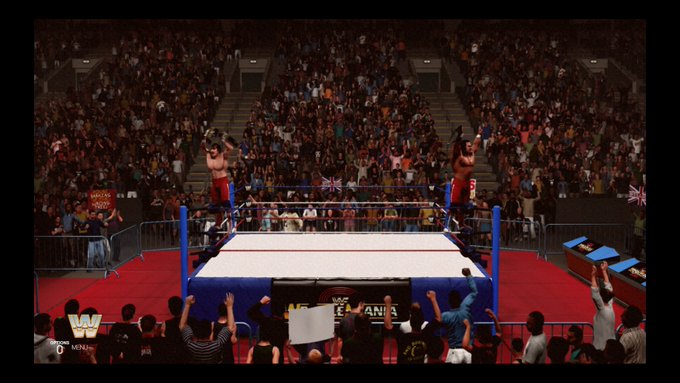 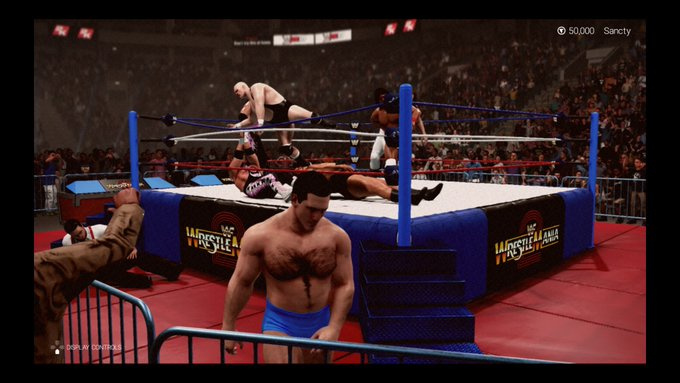 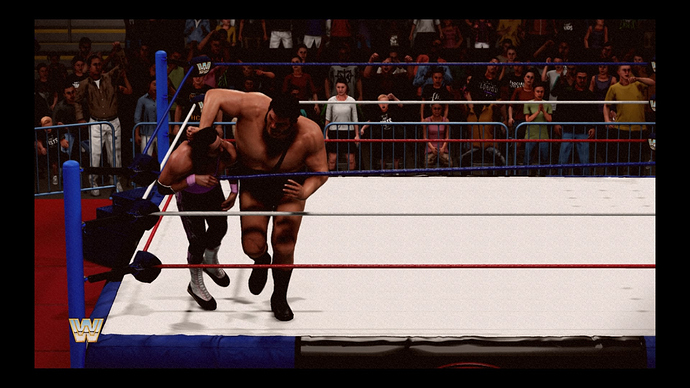 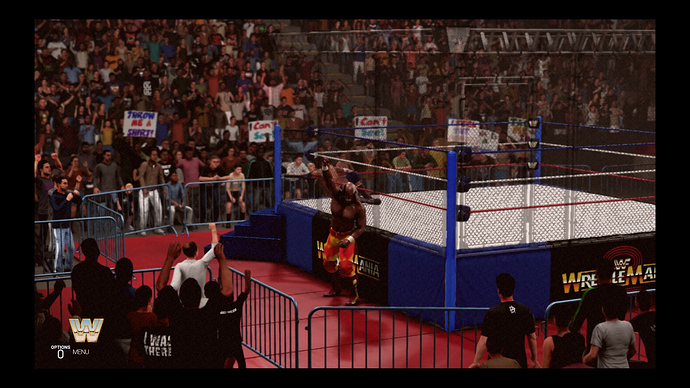 Man I start scrolling, and thought you were about to do a fictionalized PWI 500 from 1986. 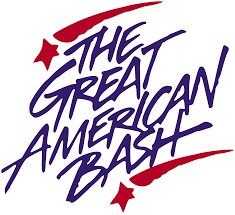 World’s Heavweight Championship Match
Nikita Koloff © vs. ‘Nature Boy’ Ric Flair
Members of the Russians and the Four Horsemen have been banned from ringside

No DQ Match for the World’s Heavweight Championship
Nikita Koloff © vs. Magnum T.A. 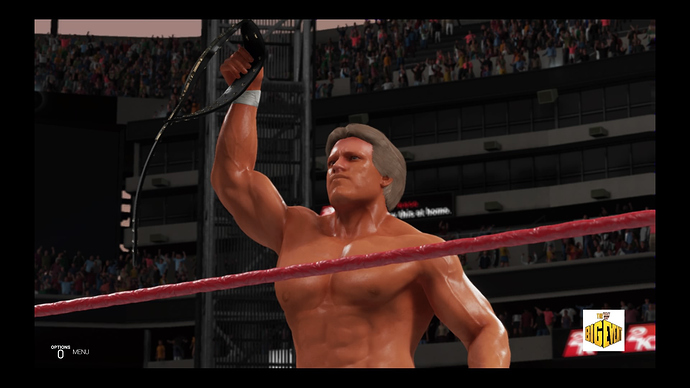 The WWF held a big event at Exhibition Stadium in Toronto, Canada (fittingly named “The Big Event”) headlined by the newly turned heel, Paul Orndorff winning the WWF World Title from Hulk Hogan in the Main Event. The WWF will be running a King of the Ring tournament in a couple of weeks that is rumoured to be a rocket for Harley Race but you never know what McMahon will go with in the end.

In some ways the WWF World Title picture feels a bit of a re-tread of last summer’s formula when Bob Orton got a run with the title but the turn was well executed by Orndorff and he’s over as champion.

The same cannot be said for NWA World Champion, Nikita Koloff. The NWA is pushing him hard but he is simply not getting over. However, he’s had a series of victories over all major challengers (Flair, Magnum, Dusty) and it’s going to be hard to see when the belt is coming off the Soviet who is celebrating a year with the title by this point.

The NWA United States title changed hands with Wahoo McDaniel toppling Konga the Barbarian. McDaniel scored a submission victory over Konga in tag action during the opening round of the Crockett Cup tag tournament and that set up the title match. This is said to be a bit of a lifetime achievement award for McDaniel and it frees up the mammothly over Konga to jump up to the World Title picture.

The Road Warriors def. Magnum T.A. & Ronnie Garvin in the finals of the Crockett Cup and appear to be set for a showdown with The Russian Team for the World Tag Titles at Starrcade in November. 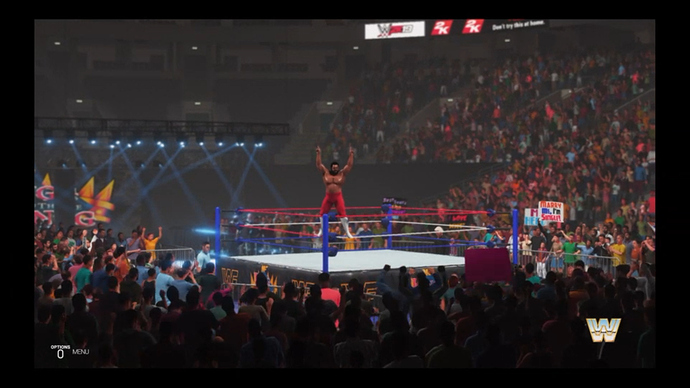 The WWF held the King of the Ring tournament. Initially thought to be a tournament to get Harley Race over, it’s said that the brass were getting nervous about the exclusive heel set of champions (especially after Orndorff retained over Hogan in the Semi-Main) and went with fan favourite Junkyard Dog in the finals over Harley Race. What this means going forward is anybody’s guess but the Dog King can be expected to be a fan favourite moving forward.

The next big event on the Wrestling calendar is said to be Starrcade from The Greensboro Coliseum in Greensboro, North Carolina.

The WWF held it’s most recent Saturday Night’s Main Event and there’s some key news that came out of the event.

Mike Rotunda is again a tag team champion, this time with his American Express teammate Dan Spivey after they defeated Nikolai Volkoff & The Iron Sheik. Rotunda had previously been a tag team champion with Barry Windham as the U.S. Express. After the loss, Volkoff/Sheik seemed to be blaming Classy Freddie Blassie. Blassie was being intimidated by his charges before he hit both Volkoff and Sheik with his cane before leaving the ringside area to a massive round of applause.

There are some who feel that the booking of the American Express to win the tag belts is a direct response to the NWA’s Iron Curtain that has befallen their World & Tag Titles.

Harley Race & Macho Man Randy Savage def. Hulk Hogan and Andre The Giant when Race pinned Hogan. Race clearly has a rocket on his back while Savage is arguably the most over person in the wrestling industry. Andre was clearly agitated and frustrated with Hogan’s loss in the tag team match.

Ricky Steamboat and Jake Roberts continued their feud with Steamboat getting one over on Roberts on this occasion. It’s said that Vince & co are grooming Steamboat for a run at the IC title but crowds just aren’t into Steamboat on the level that would be needed at this point. 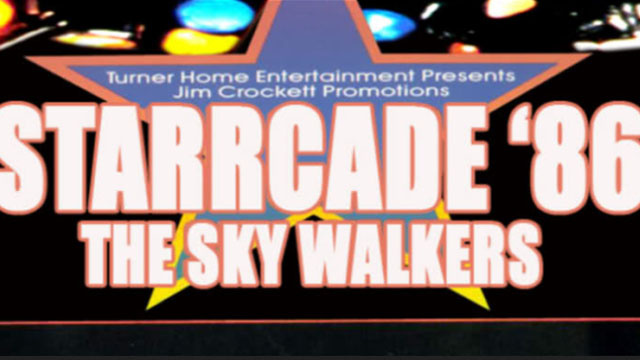 The Minnesota Wrecking Crew vs. The Rock & Roll Express 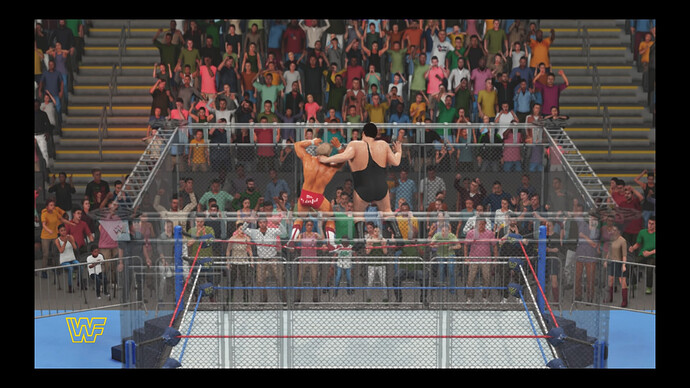 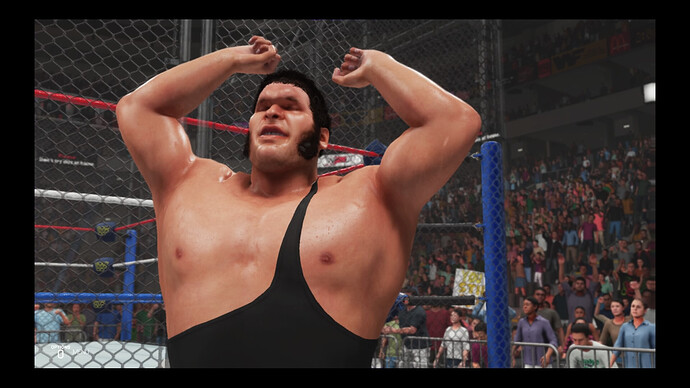 The WWF held it’s most recent Saturday Night’s Main Event and there’s some key news that came out of the event.

The reign of Mr Wonderful Paul Orndorff is over. Andre The Giant def. Orndorff in steel cage match to win the WWF World Heavyweight Championship

The American Express continue their run at the top of the tag division but it seems they’re just not getting over. However, there might not be a hotter feud in all of professional wrestling than “The Dog King” JYD vs. Handsome Harley Race.

In a backstage segment after winning the title. All the babyfaces toasted Andre’s victory. Hulk Hogan had apparently already left the building.

The Dismissal Committee continue to mock David Sammartino about his father being retired by both of them at Wrestlemania 2.