The Revival have been released 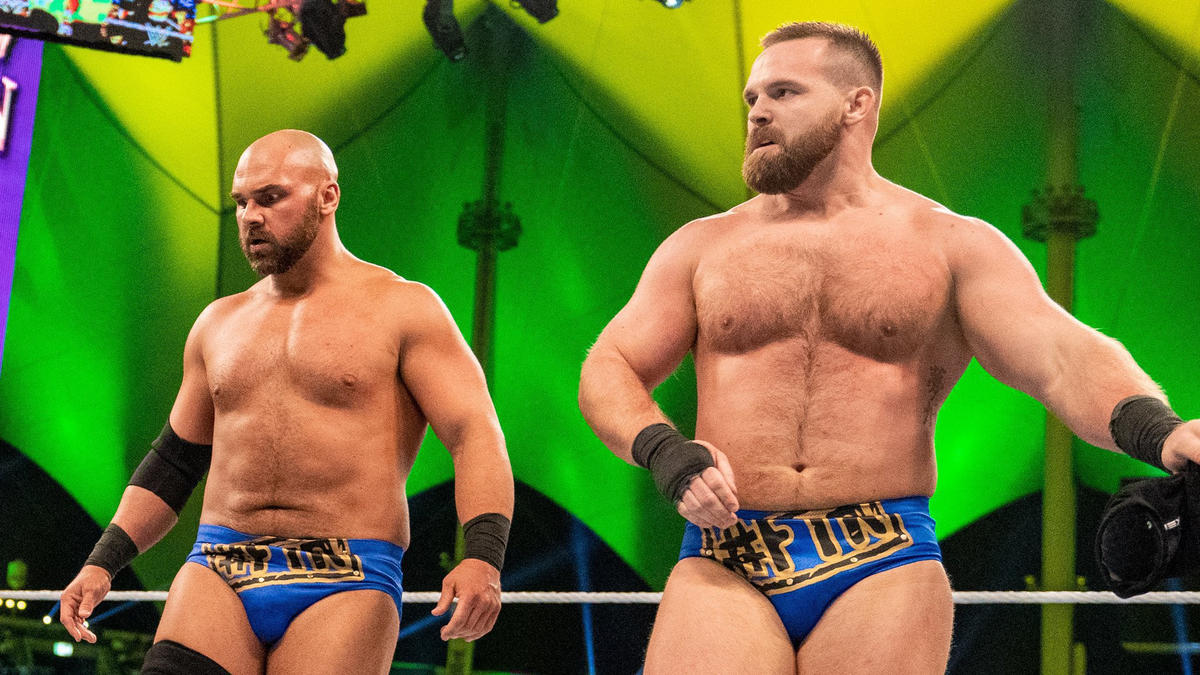 Scott Dawson and Dash Wilder of The Revival released

Effective today, Friday April 10, 2020, WWE and The Revival have agreed on their immediate release from WWE.

But are they free to immediately teleport into AEW or do they have a (insert number of days) no teleport clause?

Haven’t seen anything specific here, but usually an early release would have a non-compete, which would mostly be a joke right now (especially if they’re going to AEW, which apparently doesn’t have to film again for months).

After asking for their release twice, The Revival are now free agents.

Its unclear if there is s non-compete clause.

Hope they don’t go to AEW until there can be crowds. It’ll be a massive pop

In my opinion, one of the top 3 tag teams in the world. I don’t think they have been used to their maximum potential. I did enjoy their run with Shane and Drew but they never got to the level they had in NXT with DIY.

No way near! I don’t understand why WWE struggles so much at making stars. I think it because they must be stars TODAY! they arent willing to invest in long term projects and story telling.

I’ve gone back to watch PPVs from 1988 onwards and the build of the Hart Foundation is amazing! A few big defeats by cheats so they look strong, open a few PPvs with them and let them do their thing with a hot crowd then win a belt after a few years and the fans love it…Then break them up and usually feud in most cases. Its not hard - we’re easily entertained.

I haven’t come across the episode where the Hart Foundation shave each others backs and put itching powder on the crotches - they were classics!

Yup they are impatient. The scripted promos also hurt as now you are relying on charisma + in ring ability + acting of the talent as well as writing. Instead of just the charisma and in ring of the talent.

Well to be fair to WWE, very few of their “talent” have any charisma and few can structure an engaging match these days.

What a complete waste of time and investment by WWE in these two. Another example of NXT meaning nothing but I’d say this is more an indictment on the WWE tag division. Not finding a spot for these two is pathetic

Yup main roster tag stuff is terrible. The pillage NXT for teams and those teams go no where.

I disagree that few have charisma. It is hard to tell if they aren’t allowed to talk.

In kindergarden where I have worked in the past, children have short span obsessions with toys and items in the room. One boy thinks a toy is cool, he’s playing with it. Then another boy comes along, he also thinks it’s cool so he wants to have it. They argue. The first boy got to play with it so he has to share. After 5mn, the toy ends up completely left alone and nobody wants it. The second boy just wanted to have what he didn’t have. I have seen this scene so many times.

I think you get my metaphor.

Yes you like to play with toys,as do we all.

The WWE used to make us care about the wrestlers, through classic, logical storylines. Long term booking, things like that. They also let them perform (within a basic setting)
Now, it’s just catchphrases, overly choreographed matches that have no real flow or excitement, and 50/50 booking where no one gets any momentum

Two more guys underused and then let go by WWE that will be more over than most of the WWE roster the second they appear somewhere else.

Update: according to our @davemeltzerWON, there is no 90-day non compete and the two are in the clear to sign wherever they would like. ^JN https://t.co/O1Quz5MeMR

I would also argue that then generally aren’t allowed to “structure an engaging match” either.

I doubt many would know where to begin.

Yup, main roster matches (and many NXT matches at times) are hit the spots matches. People always talk about Cena’s 5 moves of doom but that is basically every main roster match. Every guy has his 5 or so spots that happen in every match (not just in WWE either honestly).