I thought it would be a good idea to put together a list of official channels, as i’m sure there are plenty which people will find entertaining but aren’t aware of.

I love their youtube channel. I would get along really well with them, they are as geeky as me.

Drew Gulak talking about CZW and commenting matches on his twitch. What a treat !

At the moment I’m writing this, Lita has forgotten to turn her twitch channel off, she thinks nobody can hear her and she’s having a discussion on the phone probably with her agent. Very odd and surreal moment.

And then Vince learns about the internet. Stupidity follows.

WWE talents may have to end their personal Twitch, YouTube, and Cameo accounts within the next 30 days.

Probably the former. I guess it’s like a 360 deal in music. They want a cut on all revenue streams.

Such a stupid decision. The wrestlers should absolutely fight this as I can’t see how this could be legal at all.

As quoted in the article

“The letter comes following a Sunday meeting with talent about the “reinvention of the product” where it came up that WWE owns the real names of talent in addition to their character names.”

Good luck with that.

Paige was ‘OfficialPaigeWWE’, now ‘SarayaoOfficial’. Hopefully they can all continue to use these platforms without their WWE owned likeness and it won’t effect their income. 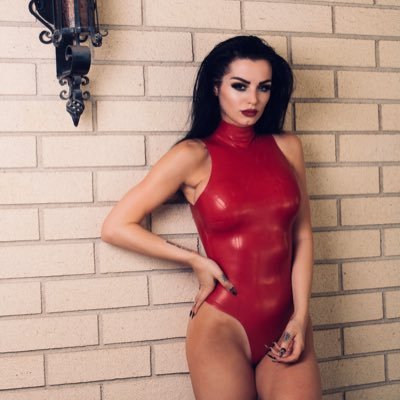 That can’t be right…

Either way, if the talent knew about this and signed the contract then they can’t really complain. If they didn’t know about it, they need to start reading things they sign.

And what is the purpose of wrestling names then? The talent don’t care and WWE own the usage of the wrestlers’ real name anyway. Seems like an outdated concept.

WWE do pay big for these clauses though and I wonder if wrestlers would prefer less money from WWE but a free pass on third party ventures. Unless you’re a massive, massive star you’re not gonna negotiate both into your contract.

This should be an interesting lawsuit. Independent contractor?

I watch a lot of twitch streams. Some are good, some are bad. Some are harmless like Drew Gulak, I don’t see why you would prevent his streams. He plays or comments matches. He’s very pleasant with his chat. Some have a lot of viewers like Paige and sometimes Adam Cole. I have seen Paige having more than 1k viewers which is pretty good. I think she’s earning some good money. She also has a lot of subscribers. She and Zelina are not streams I enjoy watching because they don’t do much, they just encourage people to sub to their channel by offering them gifts. They play less than the other WWE guys.

I wouldn’t put all of them into the same pot.