Things you want after listening to John and Wai

Everytime there is a mention of Tim Horton’s i want one,but there are none in the UK so have to put up with a Starbucks or Costa.
Also recently i craved an argument with someone at Dell.

I want to see the new Star Wars movie. I live in a country where it doesn’t come out until January 5th, so I can’t see it yet. They’ve brought it up on the last two shows, and I’ve had to switch them off for fear of spoilers.

That and a live show in the UK. After seeing the one around Mania weekend, I wondered if it would be possible to have a live review show over here, perhaps combined with taking in some UK shows as well.

I now want Tim Hortons but also live in the UK. Searched for it and found they are over here now! It would mean travelling to Manchester, Bury, Cardiff or Glasgow though.

I want so badly to go to Wrestlemania to go to the Walemania podcast they’re hosting and whatever else they might do, since they didn’t end up doing anything the year we went in Dallas. I just die hearing them talk about it knowing we can’t go.

I want to listen to another John and Wai podcast. Cue the AWWWHH from the audience.

I actually had no interest in watching the documentary about Jim Carrey making “Man on the Moon” until John and Wai were talking about it. I ended up watching the doc afterwards, lol 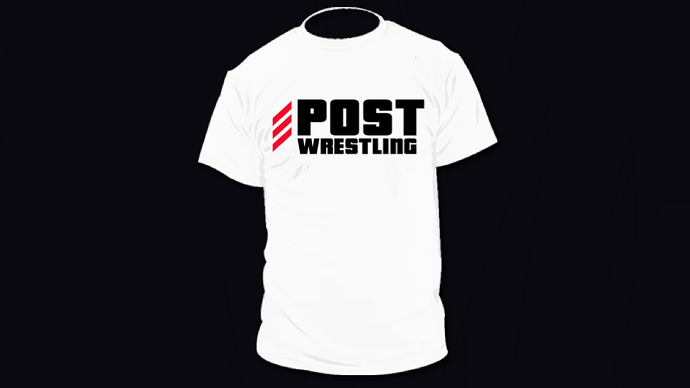 This shirt. That’s what I want.

An interview between John Pollock and Wai Ting’s dad

awwwwwwwwwwwwwwwwww (believe it or not, it wouldn’t just let me post awwwww. The robot denied my entry stating it wasn’t a complete sentence.)

Look robot, I’m the teacher here. Let me keep my freedom of speech.

I’ve never drank coffee in my life,. but I’m craving a double double right now. Might go try one and get some POSTbits, as well, tomorrow.

I binge watch in one day American vandal because of John

Is Tim Horton’s that good? From the UK but will be going to Canada this year so will be checking it out!

It’s unavoidable
They are everywhere here.

They just closed all the Tim Horton’s here because Burger King is stupid. That is the one that I always want. But yeah whenever they talk up a new Netflix show I want to go watch it. Still haven’t seen Riverdale, but that’s the one that really surprised me that they sold me on.

Tim Hortons is actually quite awful. It’s good if you’re on road trip or if there is one beside your work, but if you’re just having it as a one off, avoid it.