The crossover between All Elite Wrestling and IMPACT Wrestling officially began on tonight’s episode of IMPACT on AXS. The show was promoted around an interview that Josh Matthews is going to conduct with Don Callis and AEW World Champion Kenny Omega. During the program, a ‘paid ad’ aired featuring AEW President Tony Khan and AEW announcer Tony Schiavone.

Tony Khan took subtle jabs at IMPACT during the ad, mentioning that he could stop Omega from appearing on the show by saying that it’s a breach of contract, addressing the longstanding rumor that he was interested in purchasing IMPACT and Tony Schiavone stated that he once worked an IMPACT show and then left the business for 18 years.

The lineup for the 12/9 Dynamite was promoted as well. POST Wrestling and upNXT’s Davie Portman will have a review up on the site following IMPACT going off the air and there will be a podcast review of tonight’s show on the upNXT feed.

Tomorrow’s Dynamite will feature interview segments with Shaquille O’Neal and Sting and both of those are going to be conducted by Tony Schiavone.

This was an awesome appearance and TK played off Tony S very well! That said curious what answer TK comes up with for previously saying he wouldn’t become an on air character. I’ll put aside that if the story is fun and so far night 1, fun.

Thought it was hilarious.

But that omega/Callis promo was absolute money. This is going to be a lot of fun

If history has shown us anything, its that pretty much every single wrestling owner (Non Indy) seems to eventually make their way on screen as a character at some point. I never believed for a second that Khan would stay off camera, not that I have any issues with it.

It kinda reminded me of when Vince showed up in USWA. Just put over your own promotion while backhanded complimenting the show your on.

The segment was entertaining and played well for a AEW vs. Impact program.

I thought that went pretty well. For anyone that wants to watch, its on youtube (Ill post below).

Khan surprised me, I think he has potential to be a very good heel. He has a smugness to him that I think really translates on TV (I mean that as a compliment).

The Omega promo was good, a bit long, but overall it felt natural and has me excited to watch Dynamite tomorrow. Overall I think this angle is a win for AEW/Impact. 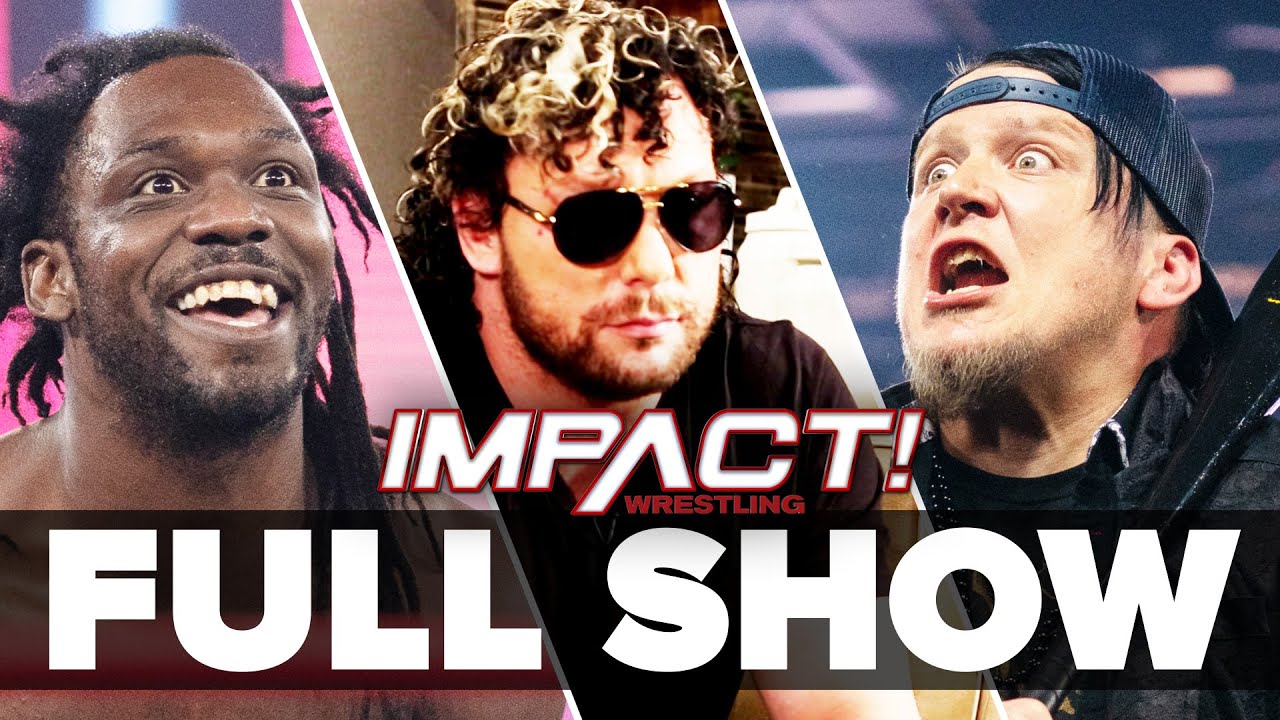 This segment had me laughing. It was such a call back to endless cheap promos on wrestling shows of decades ago.

That said curious what answer TK comes up with for previously saying he wouldn’t become an on air character.

And as far as I am concerned, this was the real TK, a wrestling nerd with an itching for corny humor. So it’s not really a character!

It’s good for Tony K to appear in Impact. He can see up close what a women’s division actually looks like.

“I worked there for one night and left the wrestling business for 18 years”.

And as far as I am concerned, this was the real TK, a wrestling nerd with an itching for corny humor. So it’s not really a character!

He absolutely killed it. He really came off as a very specific version of himself and it was excellent. I don’t care if he is on or off air, as long as it is good. We do know with how they address media they will need to address this at some point and I can’t wait to see if he heels it up with his answer or tries to explain it away.

Yeah, rules are made to be broken and so long as breaking them makes for something fun, it shouldn’t stop Khan or anyone else from changing their mind on what they previously said. This isn’t gotcha TV, it’s about whatever is entertaining. And this was great. I also had no idea how geeky Khan’s voice sounds, but I think it actually helped the punching down of the segment work even better.

And lord, does Schiavone just knock everything out of the park these days.

Schiavone just knock everything out of the park these days.

Strong contender for announcer of the year

And lord, does Schiavone just knock everything out of the park these days.

It just goes to show you that an announcer is only as good as the product they are announcing and the direction they are given. I always thought he got a raw deal by fans in his late WCW days, its no different the Michael Cole now.

Cole was already in a tough spot when took over the seat as “not JR”. I think his job is incredibly difficult and he is great at it… the caveat being that I also hate the fact that his job exists. It’s a dubious distinction, like being the best meter maid.

I think Tony’s promo was hilarious. And he did a good job – at least for one night – of being simply “pro-AEW” instead of a traditional “heel authority” like the McMahons. As groundbreaking and lucrative as the initial Austin-McMahon stuff, the inherent problem with heel authority figures is that after you’ve acknowledged that they legitimately own and run the company, they continue to do stupid stuff like book their nemesis (Austin/Reigns/Cena/whoever) in title matches and #1 contender’s matches.

Would love to be proven wrong about this, but I don’t think I can deal with another heel owner storyline… even one that’s done well.

I also hate the fact that his job exists

Are you talking his behind the scenes role?

It doesn’t seem to be going in the heel owner direction. Feels more as though Khan-a-tron (since we all want to give him a nickname) is making it out to be AEW is better than Impact and we’re doing them the favor… I mean he’s not wrong.

When I say “I hate that his job exists”, I mean that I hate the whole “WWE style” of broadcasting: spout soundbites and carefully chosen language like “championship opportunity”, shill things mid-match, ignore the proper names of moves and holds, etc. He doesn’t even call wrestling matches. He talks while they’re going on.

And all of this while – in many people’s opinions – the in-ring product and talent roster is possibly the best top-to-bottom that it has ever been.

WWE commentary is a massive, massive problem and has been for years but is usually overshadowed by the terrible creative.

But commentary, like most of the promos, just sounds incredibly inauthentic.

Gotcha, and I agree. It’s not too bad on PPVs, but on TV it’s pretty brutal.