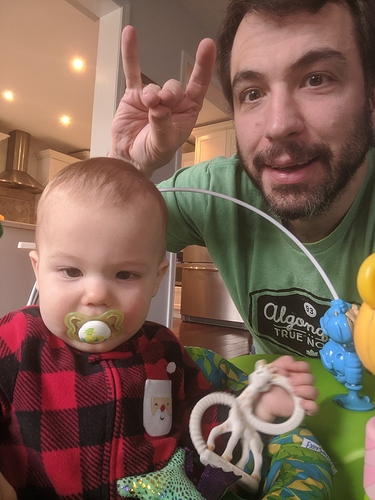 Not sure if my son approves of this.

I remember when I was a kid I was playing out in front of my baby sitters house. My dad had just gotten off of work and was chatting with her before he took us home in front of her house when a nearby high school bus pulled up and was letting out students. I had just gotten a new nwo wolfpac tshirt. It was the one that had macho, sting, luger, konnan and kevin nash on it. While we were playing, Excited to finally be going home, one of the high school students approached my sisters and I. I was understandably nervous and sort of cowared behind my oldest sister. He smiled as he approached and said “hey little man, N.W.O. is for life!” doing the four finger to the letter L hand signal we all know the N.W.O. had popularized. He held up his hand for a “2sweet” and i definitely 2 sweeted him back. I thought i was so cool. My dad came up and asked me what the hell was going on. I simply replied that its just some wrestling stuff dad.