Trish Stratus feels that she and Sasha Banks have "unfinished business" 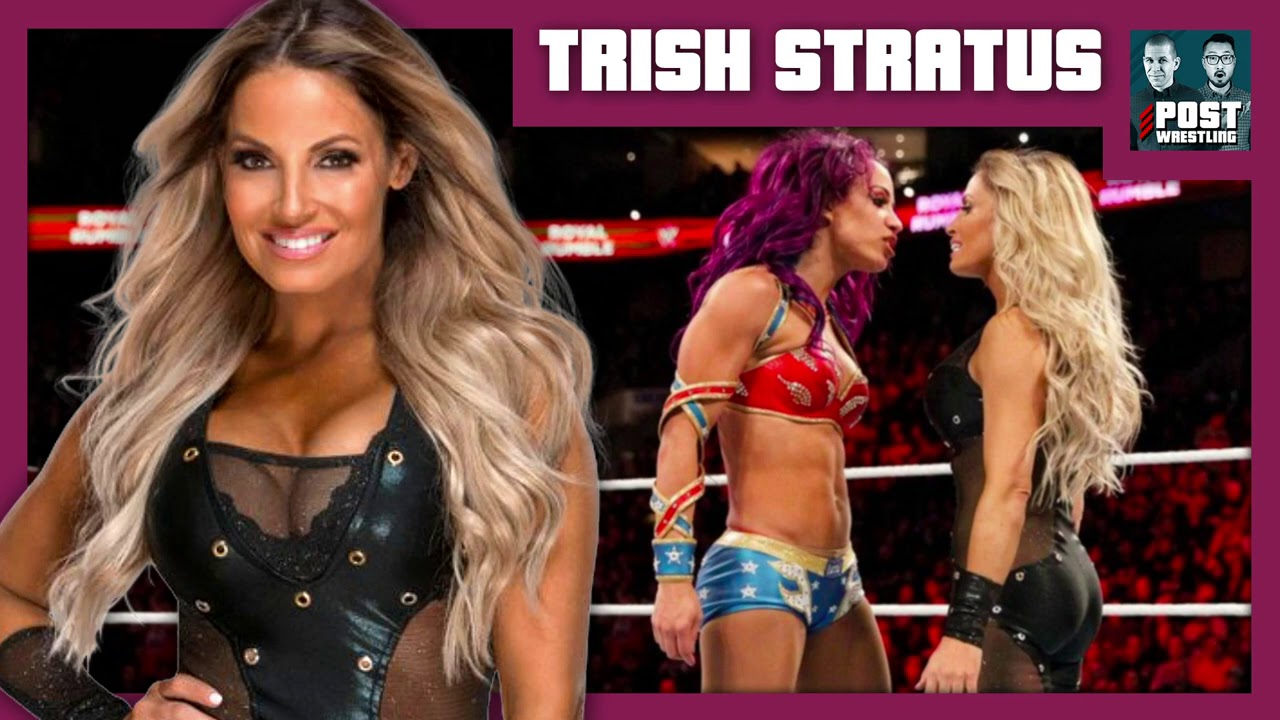 In the first-ever Women’s Royal Rumble match in WWE two years ago, Sasha Banks and WWE Hall Of Famer Trish Stratus faced off in the ring in a moment that is brought up regularly when conversations about the two talents arise today. Almost three years later since their stare-off, Sasha Banks is the current SmackDown Women’s Champion and Trish is a year removed from her comeback singles match against Charlotte Flair at SummerSlam.

Trish was a guest on the POST Wrestling Christmas Show and chatted with Wai Ting and John Pollock about a possible return. She hinted that she’d be interested in mixing it up with a specific talent and when asked to elaborate, mentioned Banks in particular.

I mean, I think Sasha Banks and I might have some unfinished business and I say this with much love and respect. It’s like this moment we had at the Royal Rumble so many years ago; it seems like so many years ago now. It’s just like, people have held onto that moment and I watch it back. It’s undeniable there’s definitely this intangible… this energy between us that — it’s a rare thing sometimes that two superstars get in there and you’re like, ‘Ooouuu, I like this,’ and you know, so I respect her so much as a worker, as a person, as a friend and so yeah, I think as a fan and personally, I think that would be an interesting thing to pursue, possibly at some point. Maybe possibly down the line at some point.

Trish appears in the film ‘Christmas in the Rockies’ tonight at 7pm ET on CityTV in Canada. The film was released in the U.S. in late November on Fox Nation. She is also part of the animated series ‘Corner Gas Animated’.

Sasha Banks is coming off a successful title defense against Carmella at the TLC pay-per-view and is heading into the 2021 Royal Rumble event as SmackDown Women’s Champion.

You can listen to the full interview on the POST Wrestling Christmas Show in the video linked above, or by clicking here.

I would love to see that match, however I think it would go better if Sasha were a heel.