Tristen Nash, the son of Kevin Nash, passes away at 26

The news of Nash’s passing was first reported by Sean Ross Sapp, who relayed a statement on behalf of Nash’s family announcing Tristen’s death:

On behalf of Kevin and Tamara Nash, I have to unfortunately report that their son Tristen Nash has tragically passed away at the age of 26.

Tristen recently started working on Kevin’s new podcast and the two enjoyed their time together.

The Nash family asks if you could please respect their privacy during this time.

Tristen Nash was a musician and spoke on the most recent Kliq This podcast this past week to promote a music festival he was going to be performing at this weekend.

Tristen was 26 years old and there are no details regarding the cause of death.

Our condolences and thoughts are with the Nash family during this terrible tragedy.

On the day that would have been Scott Hall’s 64thn birthday. No man should go through this amount of grief and sorrow.

Man this one hit me hard. Been listing to his podcast and Kevin has such a great relationship this his son. I’m so sorry for Kevin and his family. No one should ever have to deal with the death of their child.

It feel terrible for Kevin Nash and his wife. I have really been enjoying his podcast. It was nice knowing that Tristen was helping his dad on the show. They seemed to have a good relationship.

It is very strange that Tristen Nash popped into my head a minute before turning on my tablet to read about his passing.

That fucking sucks, no father or mother should ever have to bury their son. I feel so bad for Nash, and of all days.

You can just see the pain in his eyes.

At one point (around 21min in) he talks about how he’s getting hate online, and mentions how one person stated they were going to “shit in his casket”, probably mad over some stupid booking decision from 20 years ago, or something the kliq did. I’m sorry, but some wrestling fans are straight up pieces of shit.

Anyways, its a tough listen. 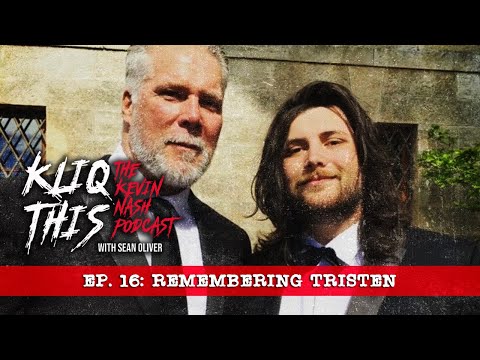