Welcome to our coverage of UFC 235 from the T-Mobile Arena in Las Vegas, Nevada.

We will have a UFC 235 POST Show later tonight with Phil Chertok joining me to review the entire card.

Cifers was a sizable underdog in this fight.

In the first round, Cifers dropped her with a right hand after getting out of Viana’s half-guard. Cifers spent most of the second round on top in Viana’s guard, although Viana was very active with elbows off her back. But, the striking totals stated out landed her in the second round. Viana won the third round with her kicks, knees and a body shot. In the final second, they started throwing and Viana got the best of the exchange.

I had scored it 29-28 for Viana and I can easily see a 29-28 score for Cifers given the close nature of the second round. Cifers bounced back after losing her UFC debut in Maycee Barber last November.

All three judges had it 19-19 after two rounds. Two judges gave the final round to Cifers.

Chiasson is coming down from featherweight and is a large bantamweight. She broke out of the clinch and landed with unanswered strikes that began with a left hand and dropped Mazany with a right hand.

Chiasson said she felt stronger at this weight and thought bantamweight was the division for her.

Byrd shot in for the takedown and Shahbazyan obliterated him with elbows to the side of the head. Byrd was sent to the canvas following two punches and the fight was over fast.

WINNER: Edmen Shahbazyan by TKO at 0:38 of Round 1

Shahbazyan credited Travis Browne with the elbows to the side of the head. He is still undefeated and is now 2-0 in the UFC after winning a contract on Dana White’s Tuesday Night Contender Series last July.

Gall was attacking with uppercuts at the start of the fight, which Sanchez navigated and took over the fight when he was able to take Gall down. He has repeated takedowns in the round and ended up taking the round through his top pressure.

Sanchez dominated an exhausted Gall in the second round. Sanchez caught him with a knee to the head. Sanchez mauled him on top by securing mount on several occasions and lit him up with brutal elbow strikes. Sanchez ended the fight from the mount and utilizing ground and pound.

This was Sanchez’s first stoppage win since defeating Luigi Fioravanti in June 2008. This was impressive from Sanchez, who has now had 29 fights in the UFC since winning Ultimate Fighter in April 2005.

This was a close fight.

Perez had great takedown defense that thwarted Stamann’s game. Stamann stood and pressured Perez by moving forward for the duration of the fight.

I scored the fight 29-28 for Stamann with Perez edging the first round based off a solid combination he landed. In the second, Stamann moved forward using front kicks and evened it on my card. In the third, Perez lifted and dumped Stamann for the first takedown of the fight. Perez landed with a left hand, but Stamann put pressure against the cage and landed several right hands.

Stamann bounced back after being submitted by Aljamain Sterling in spectacular fashion last September. This was Perez’s first loss since June 2015 after winning six in a row.

Walker feinted and landed a flying knee that dropped Cirkunov and he finished him instantly with strikes.

Walker is something else to watch and Cirkunov was a tough test for him.

The craziest part was his post-fight celebration where he flopped onto his chest and he said that he dislocated his shoulder when asked by Joe Rogan.

This was the 30th UFC fight of Jeremy Stephens’ career dating to May 2007.

I scored it 29-28 for Magomedsharipov.

Magomedsharipov is now 5-0 in the UFC.

Munhoz landed with a spinning back kick early in the fight.

Munhoz threw a head kick and Garbrandt signaled he was hit with a head butt but they continued fighting. Garabrandt got up and hit a flying knee.

Garbrandt then threw out the strategy book out and began throwing bombs with no concern. He landed some massive strikes on Munhoz, hit another flying knee and his hands were going as Munhoz rocked him with a right hand and dropped Garbrandt. Munhoz finished him on top with hammer fists. This was insane.

This was a crazy fight and the type that Garbrandt will probably regret when he watches it back.

Munhoz has won 7 of his last 8 fights and this was his biggest win to date in the division.

On the feet, this was a close fight for the first two rounds. I had Torres edging the first and Zhang in the second. There were several scrambles on the ground where Zhang appeared the stronger one and dictating control. The difference was in the third round when Zhang secured a trip takedown and controlled Torres for the remainder in half-guard. It was all Zhang from that point forward in the third round.

Zhang lost in her professional debut and has gone 19-0 since that loss. This was her third win in the UFC after victories over Danielle Taylor and Jessica Aguilar.

Askren shot for the takedown and Lawler was able to lift Askren and give him the closest version of an Angle slam you will ever see in MMA. Lawler broke free and annihilated Askren with strikes and nearly ended the fight, but Askren survived and was cut open badly.

Askren recovered as they fought against the cage and he attempted to get Lawler down again. Lawler tried to the same counter he pulled off earlier, but this time Askren went for a bulldog choke. Hern Dean made the call to stop the fight and Lawler’s head popped up and he seemed fine.

The audience was furious, and the announcers were stunned Dean stopped it. It came off like Dean made an error and I wish they interviewed Dean to get his reaction.

WINNER: Ben Askren by bulldog choke at 3:20 of Round 1

I really hope they make Herb Dean available at the post-fight press conference to explain his decision to end the fight.

This was one of the most dominant performances a challenger has ever brought to a champion.

Usman utterly shut down Woodley and was able to secure takedowns throughout the fight. Usman dominated him on top and tore apart Woodley’s body with nonstop strikes against the cage.

In the second round, Usman slammed Woodley down and mounted Woodley to get his first 10-8 round.

The third round began with Usman landing 19 strikes to the body. Woodley held on to Usman and just absorbed body shots. Surprisingly, referee Marc Goddard separated them even though Usman was doing a lot of damage.

Usman had another 10-8 round in the fourth where he escaped a guillotine by taking Woodley down. They were stood up and Usman started hitting huge uppercuts and elbows as Usman was going for the stoppage, but Woodley survived.

The fifth was another one-sided round with Usman taking Woodley down and working in half-guard for the rest of the fight.

Usman brought his young daughter into the octagon as he was presented with the title. Woodley said he was prepared for the fight and had no excuses, he was hoping to have a rematch with Usman.

Colby Covington was shown in the crowd wearing the interim title. This fight was so one-sided that Covington would seem likely to fight Usman next.

In the opening round, Jones landed strikes to the body with a spin kick and sidekick. Smith threw a head kick that partially landed. Jones seemed to figure out Smith’s timing right away.

Jones continued in the second with a spinning elbow that connected and stunned Smith with a left hand. Smith landed his best strike, a right hand that cut Jones. Jones was up 20-18 after two rounds.

The third round saw more control by Jones as he got the takedown and smothered Smith against the cage.

The fourth round featured all the drama. Jones went to kick Smith while he was down and hit his arm to avoid a foul being called. Jones dominated the round and smashed open Smith’s nose. Then, he clearly delivered an illegal knee and time was called. Smith was asked if he could continue and he could. Herb Dean deducted two points from Jones and the fight continued. Jones was on his way to win this round 10-8, so it was 8-8.

Jones won the fifth round through his clinch work and I had it 48-44 for Jones.

Munhoz vs Garbrandt the last 30 seconds was insane!

What an incredible comeback by Asken!!

Fun fact: my betting app glitches and placed the parlay of Zanit and Askean 3x.
3x the winner!!!

Not even touching the stoppage, but man I think the top 5 is going to be a really rough for Ben Askren.

His arm dropped. Then he tested it an it dropped again. Was it quick? Yes. But its not like Lawler exactly reacted the way he needed to

When robbies arm was tested he moved it around and put his thumb up. It was a bad call, but not too much blame should go herbs way imo, It’s like you said, robbies arm dropped previously and it was a tough angle.

I don’t see why they can’t run it back. Robbie took no damage, although Askren could be out for a while from that angle slam lol.

Welterwight title fight was an embarassment. All due respect to Woodley, no thank you on a rematch.

Full disclosure, I’m biased towards Ben Askren. Been following his career since he was wrestling in college. After the way the fight started, I was stunned he was able to recover and stop Lawler.

Whether the stoppage was tainted or not, Askren is a star who gets it and will make money for the UFC. If he was stopped in the first round, he probably would’ve been buried and ridiculed by Dana White based on their history. By winning, he should be the co-main in his next UFC fight.

Y’all still believe Woodley is the greatest Welterweight of all time? 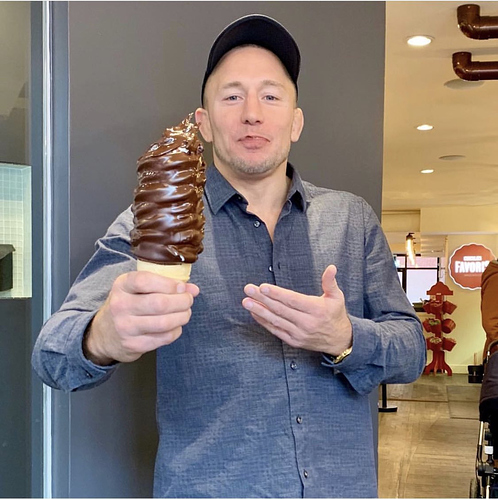 Refs should be the major story tonight…terrible stand up calls and flat out ruining one finish and missing infractions.

Also shows the judging criteria needs a serious revamping and maybe its time to put the 10 point must system out to pasture.

And Jon Jones does not know how to work a squash match. After you get caught cheating, thats when you hit your finish and end the match. Psychology 101.

I thought this was a pretty fun card, give or take the title fights.

It was a long card, and the last 2 fights weren’t the most fan friendly, but overall a night of good fights.

And Jon Jones does not know how to work a squash match. After you get caught cheating, thats when you hit your finish and end the match. Psychology 101.

Lol but Jons in like in a permanent state of being caught cheating. Probably makes the booking tough. 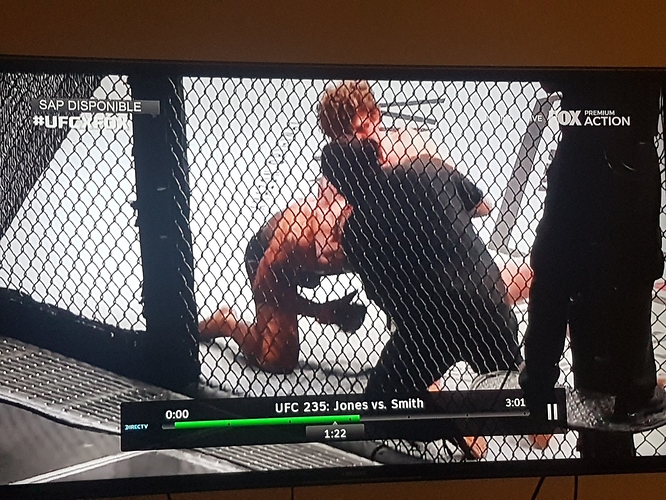