I like watching Ring the Belle interviews which focus on the WWE divas. I have rediscovered some of them and some of their matches. Some of them had a lot of potential and some have had very good matches that I had completely forgotten about.

Kelly Kelly and Edge vs Laycool and Dolph 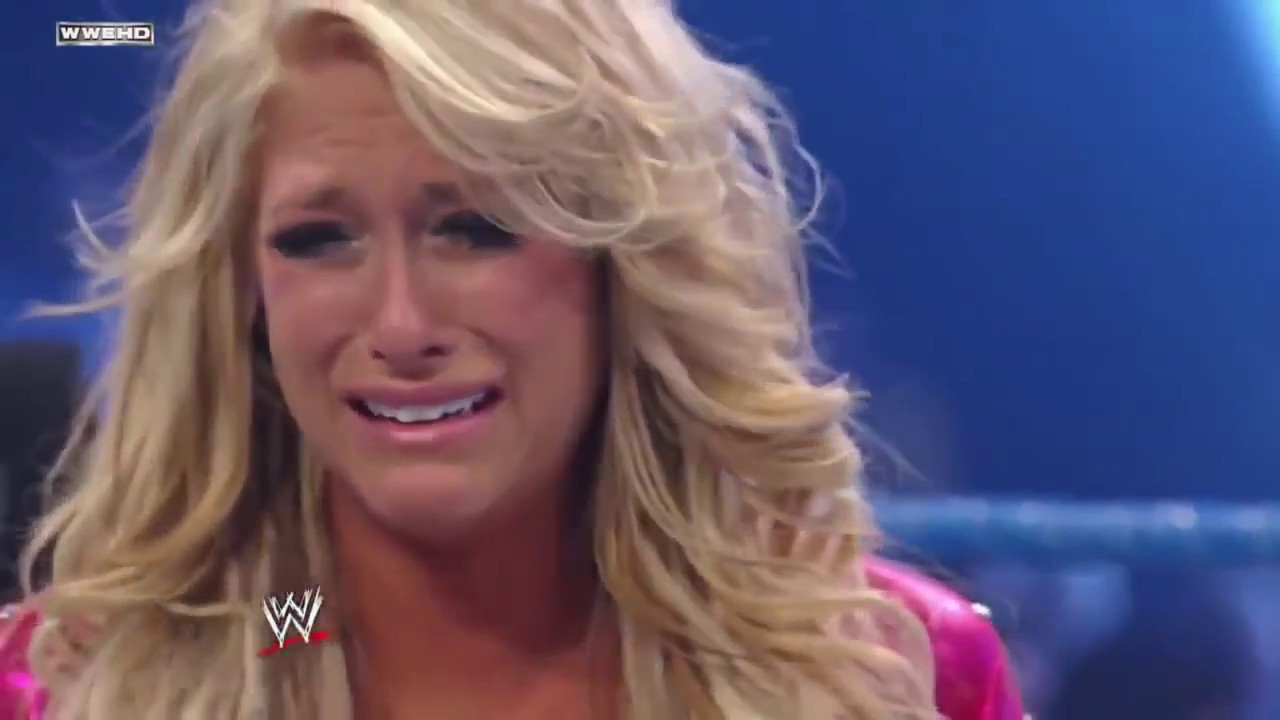 I love this match, I love the story. I don’t like Kelly Kelly in ring but that’s her best match, I think.

Eve was perhaps the most talented ? She was great in ring.

I also saw potential with Layla El, she’s had some good matches in 2012 with the belt.

Candice Michelle, too bad she was injury prone, she was getting better and better. It helped that she was working a lot with Beth at the end.

Given the fact that they had no prior wrestling training and that they were learning on the job, some of them did really well with what they were being given. Finlay is always mentioned when talking about their training.

I’m not saying they were all great but I would say the four I have quoted are in my mind underrated and were obviously underutilized.

Was Victoria still around by then? She always worked hard.

Oh yeah but I would not classify Victoria as a diva, she had a wrestling background like Beth or Natalya. Perhaps the one I forgot was Michelle McCool.

Regardless of their wrestling background, I would say that any women who wrestled in WWE from the first Diva Search in 2003 to the retirement of the Divas championship in 2016 would be branded as a “Diva” by WWE and in my mind.

I thought Kaitlyn was really underrated since she had a great physicality to her wrestling style considering she came from WWE’s system. If she had stuck around just a little longer I think she would have transitioned well with the “women’s revolution” and been able to have good matches with Sasha, Charlotte and Bailey.

She had a devastating spear that looked like she broke some of the smaller girls in half.

Yeah Kaitlyn was and still is very good and physical in ring.

I was only watching a little bit during this time period, channel-flipping, seeing Raw, Smackdown, or WWECW were on, watching for maybe 20 minutes and then changing the channel, but I really liked Aksana.

She had a great look to her and was legitimately strong so a lot of her offense came off as explosive. Some of the goofy storylines that she had (Goldust, Teddy Long, and so on) might have not pushed her in terms of developing her in-ring abilities, but it did get her on TV consistently and allow her on-screen persona to grow during her brief time in the company.

Didn’t know her actually. Apparently she was a body builder.

I mentioned this in another thread, but Nikki Bella. She got a bad wrap because people associated her as one with Brie. Watch her match against AJ Lee on Raw a few years back, it was a very good match.

I hesitated to mention Nikki because she has had time to have great matches with Paige, AJ, Ronda, Natalya and others. She hasn’t been underutilized.

Keep in mind that quite a few of those matches you listed she performed in with a very messed up neck.
When she was at her peak, she was wrestling mostly with women who had a very limited skill set, and was given barely any time or storyline.

As a character she was not underutilized, as an in ring performer she was very underutilized. Its sad that she essentially had to leave right when the wave of fresh talent came in.

Look, I’m not expecting internet fans to back this. There is a reason why I posted this in the 75% of fans on this board will disagree thread.

Yes, during the real divas era of 3mn matches she was underutilized. She has had the chance to wrestle after that.

In my mind I always classified the good wrestlers as good wrestlers and the ones that were just there to provide the “sexuality” and offered nothing else as “Divas”. I never put them in the same bracket because of the era. I’d throw Sable into the “Divas” category for example. I’m sure they’re nice people but they had no business being in ring talent. Eye candy is one thing but putting the title on eye candy is pretty shit.

I don’t think there was a single female wrestler from the 90’s through the 2000’s where their sexuality wasn’t used no matter how good they were in the ring. Trish, Lita, Victoria, etc were in multiple bikini and lingerie contests in their careers even though they were the best of their divisions in ring during their time.

It wasn’t until the programming went PG around 2008 that this got a little bit better. But then even Natalya was on a show called Total Divas.

So like I said earlier for the sake of this thread I would consider a Diva any female WWE on-screen performer prior to 2016.

Remember though, the topic you created is underrated divas, not underutilized divas. Nikki was good in the ring, but IMO is underrated because when she was healthy she had bad opponents and not enough time in the ring, then when she began getting more time and better opponents, she wasn’t healthy. She did have a career ending neck injury.

Add in the negativity she gets because of Brie, dating John Cena, and being a “Bella Twin” who were the faces of the “Divas era” and I think this cocktail of negativity leads to her being extremely underrated.

Oh I completely agree with you on Nikki.

I think “underutilized” and “underrated” are correlated though. It can mean underrated by the company.

When I see Kristal vs Candice, they get 3mn and they could produce a better match than a lot of random matches with green talents that we saw on WWE and NXT after the divas era.

I was referring to the female wrestlers that were just there to be eye candy and nothing more. So Victoria doesn’t count. And Trish definitely wasn’t one of the best in ring… The first half of her career she was very much just eye candy and the second half of her career she was okay in the ring. Ironic thing of course is that she wouldn’t have been as popular as she was if it wasn’t for the first half.

I mean being beautiful is surely not a negative point. The fact that Trish also exceeded expectations in the ring was a big bonus. I agree with you, she wasn’t the best in the ring.

Her best match for me was the one with Charlotte, she looked great and not just because of Charlotte.