US Senate to investigate Saudi incident. How will this affect the Saudi/WWE relationship?

Interesting collision between world news and pro wrestling this week. With the Saudi journalist, Jamal Koshaggi, who was likely murdered in the Saudi consulates office in Turkey, it looks like the Senate is committed to looking into it.

IF the Senate finds that the Saudis were complicit in the dissapearence and murder of Jamal Koshaggi it will force the Presidents hands in imposing sanctions on the Saudis, which could have huge effects on the Saudi/WWE relationship.

Seeing how Linda Mcmahon serves on the Presidents cabinet and the Mcmahon’s are friends and supporters of the president that have a lot of money riding on our relationship with the Saudis, how do you guys seeing this whole situation playing out?

Get in bed with dogs
Wake up with fleas

This company can survive anything. No scandal or general sleaziness will put a dent in it. If they just follow the course with the Saudi deal there will be no ramifications financially.

There is nothing WWE can’t over come. Just look at its history.

For me (unsure how others feel), it’s hard to watch the product leading up to the Crown Jewel show. I feel like skipping the next few Raw/SDs, until after that show is over and get back into the groove.

Fox News is reporting on it. However serious you take Fox news.
https://www.foxnews.com/entertainment/wwe-faces-criticism-for-upcoming-saudi-arabia-event-amid-investigation-into-journalists-disappearance

They’ll do their “investigation” and it’ll all be a bunch of bullshit and nothing will happen and this will all be forgotten about, until the next time the WWE goes back to Saudi Arabia, when we’ll all start talking about the politics of it all again and the same story will go on and on.

WWE’s a company who respects countries regardless of cultural differences.

This is the same company that made Trish bark like a dog in the middle of the ring and used Paul Barer’s death in an angle directly after he died.

If it’s legal to go over and put on the show, they’ll go over and get that Saudi fuck-money.

Exactly. This is pro wrestling. Possibly the most low brow form of entertainment there is. The mainstream has never and will never respect it and put it on some morale pedestal compared to other entertainment acts.The biggest obstacle they might face is FOX not liking it and demanding them to pull out.

This way too much easy money for them to turn down and it won’t make the mainstream look down upon them any more than it already does. The biggest problem I have with it is it completely diluting the product more than anything morally. I believe this is the case for most WWE fans.

I’ll never understand why anyone has a problem with how they used Paul Bearers death. I’m sure if it were possible, he’d have been perfectly fine with it. Obviously there is no way of knowing that, but also…if Taker was cool with it, I dont see an issue either. I know that if I were in the company, I’d be perfectly fine if they used my death in storylines if I died.

You’re right but I was just using it as an example.

I’m 100% certain Paul Bearer would of loved it but it looks really low brow to someone who doesn’t watch wrestling though. Exploiting someone’s recent death for a story line is super sleazy.

I dont disagree with that…but they cant book for people who dont watch. I dont see it as any different than Larry Hagman dying and Dallas writing his death into the show. If people dont like it, then Dallas or wrestling is not for you.

Nobody gives a fuck about rasslin and think it’s low brow, just another nontroversy that’ll blow over until they do it again…and again…and again… Its hilarious how the rasslin media are trying to drum up a controversy and no one cares.

Even if the Senate does agree to some slap on the wrist, the only thing that matters is a direct rebuke from the president. Trump is pleading ignorance because the Saudis paid 350 billion for US weapons. This really hurts the US though. You can see a lot of counties becoming more outright cruel because the US won’t do anything anymore. I know this is off topic, but the US leadership in the world over the past 70 years is over, and only China is big enough to take over - and they are extremely authoritarian. Be like John Cena and learn Chinese if you want to be successful in the future

Do you guys really believes that Trump will do anything to hurt his relationship with Saudi Arabia? Knowing Trump, he will go meet the Saudi Prince and try to make peace with him like he did with pretty much everybody that did wrong against the u.s. As far as how it will affect the WWE/Saudi relationship, I doubt it will hurt it at almost because Trump will do everything in his power to protect his good friend Vince McMahon.

Once again I feel the need to point out that the president is mandated by law to act if the Senate passes sanctions. Took him forever with Russia, but he eventually signed it into law, this will be no different.

Trump actually did not sign all of the sanctions into law, even after they passed Congress. He ignored them. And Congress is controlled by his party, so they did nothing. 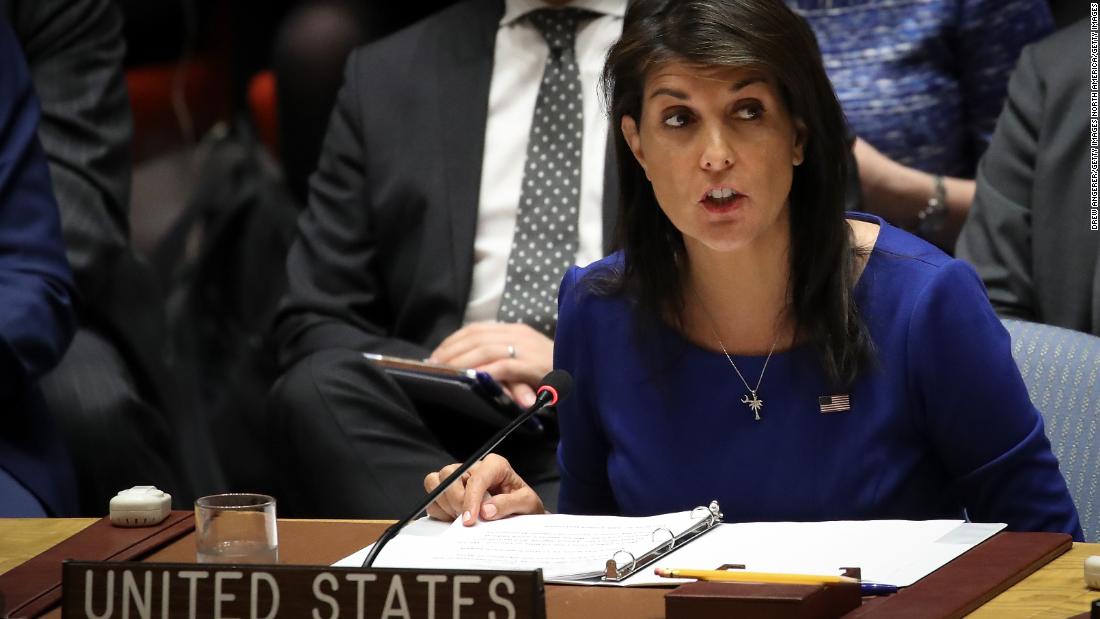 The White House is continuing to debate placing additional sanctions on Russia, clashing with an announcement US ambassador to the UN Nikki Haley made on Sunday, The Washington Post reported Monday.

Guys, WWE relishes the controversy. Let’s just leave it at that.

I would put this type of controversy more in the sexual harassment/Steriod Scandal/Benoit murders section than the Mike Tyson special referee section.