While at the center of an investigation, Vince McMahon will appear on Friday Night SmackDown tonight.

Shortly after the announcement that McMahon has voluntarily stepped away from his duties as the company’s CEO & Chairman during the investigation, another press release was sent out Friday morning:

It is unknown what McMahon will or will not address on the show tonight, which takes place from the Target Center in Minneapolis, Minnesota.

While his CEO & Chairman duties have been assumed on an interim basis by Stephanie McMahon, Vince McMahon will still resume his duties regarding the creative content of the programming.

Tonight’s episode on Fox is also scheduled to feature Roman Reigns having a rare televised match, defending the Undisputed Universal Championship against Riddle.

Well, let’s wait to see what he says and does before coming to that conclusion.

This is totally insane. But I would be lying if I said I wasn’t interested in finding out what he’s going to say.

I said this in another thread, but I think its a lock he’s going to come out and get a massive ovation, talk about how he’s overcome a lot in his life, and this is just another attempt to take him down, but will overcome it. I fully expect him to be teary eyed, and to get a “Thank You Vince!” chant.

Gross. But I’m not sure why he feels it’s a good idea at all to be on TV….other than to pop a big number.

That’s always been his game plan, anytime he feels he’s being attacked (I’m talking his perception, not reality) he’s always gone on the offence. Sitting quite goes against everything he’s ever done.

Can you imagine any other CEO doing something like this. Steps down bc of serious allegations and he’s going to come to get cheered by a bunch of lowlife fans?

I think you have to look at it like hes a celeb, not a CEO. When it comes to most CEO’s consumers dont really care about the CEO.

Look at the Johnny Depp case, even before info came out, fans were lined up on the street cheering him. Back in the 90’s with OJ, Michael Jackson etc. same thing. Fans will support celebs whether they should or shouldn’t.

I mean this is a blatant attempt to spike ratings because he knows people will tune in to watch. However, compromising his and the organizations integrity by having an embattled CEO who just stepped down on TV playing a character.

it’s kind of sad but par for the course but at the same time also disgusting. It’s really hard to support a company like this

Can’t argue anything you’re saying, but I don’t look at it as much as an attempt to spike a rating, but rather Vince wanting a platform to control the narrative (no pun intended). The likely rating spike IMO is just a bonus in his mind. Again, this is not a defence, IMO this is a ridicules move and something I’m sure his legal team advised against.

Well that was a segment on television.

Very mixed reaction from the crowd based on what I heard.

They promised to deliver MOMENTS to TV Partners, and well….that was a moment

This was the moment when I learned smackdown starts at 8. Haven’t watched in a decade I guess.

Well that was interesting…….one of two things.

I lean towards 1, but 2 could be a possibility if there is more to come out.

It was clever because I searched “Vince McMahon” on YouTube and that clip was first, pushing down the news segments he won’t want people hearing.

How does the WWE provide so so much news?! It’s quite impressive they somehow provide us with enough to talk about every bloody day. 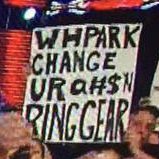 @whpark9
I watched the Vince segment of SmackDown on YT out of morbid curiosity and seeing all these people cheering for him was reminiscent of the worst MAGA/Trump rallies. People keep making the comparison to Succession but a more accurate one would be to Trump and his family.
1 Like
Alex_Patel June 18, 2022, 1:02pm #18

It was disgusting. There was some dude in a bandana that was crying. Like sad tears at possibly saying goodbye to Vince. Like seriously man? Crying tears for Vince in the ring. Get a life and stop making all wrestling fans look like idiots

I dont know why wrestling has such weird fans. Ive seen it in small doses attending events. I’ll never forget standing outside before a show and watching a 40+ year old man, absolutely berate his elderly mother who brought him some food, but she got pickles on his burger and he was upset.

I’ve only recently started going on twitter more often. I don’t post, but I created an account and have been reading more and more shit on there and its just so fucking weird. The shit people say and what they get upset over.

It really makes you appreciate the type of community we have here. We may not always get along or agree, but it feels like a smart and respectful group.

I haven’t watched this company in about 10 years maybe more, so i cannot possibly watch any less. But, I am completely done with WWE unless things change. Real change. Like no more Saudi shows, no more sleazy old men, no more sex scandals, no more mediocre product, no more crazy camera edits…so, yeah, i assume I’m not coming back soon