PJ from the UK

I just wanted to say, as an old guy, I love what they are using as a reference for the first two episodes. If you are a millenial, maybe you will not know this show. 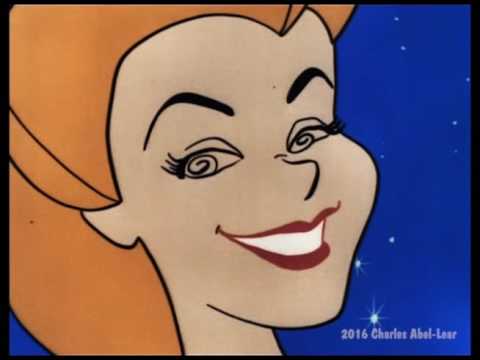 I’ve always thought that (in a funny way), the sitcom witches like Jinny, Samantha and most of all Evie Garland (from Out of this world, who can stop time by having two fingers touch each other) would kick Thanos’ butt.

Anyways, I totally understand that Wanda and Vision are trying to be a normal couple hence why they are presented in this carefree, joyful, normalized environment.

An unusual and an a stunning start to this show.First 2 episodes were fantastic.

If anyone has feedback for the Patreon podcast, feel free to leave it in this thread, just begin with:

I think there’s a lot of details beneath the surface that’ll only make sense at a later time. It requires a level of commitment from a viewer that’s very different from other entries in the MCU. I think people expecting a superhero or Avengers-like thing are going to be a bit disappointed. But it’s the type of show that’s perfect for fan speculation and scrutiny between episodes.

I thought the first episode was really bad. Not funny at all and not what I was expecting. I saw the trailer and was intrigued, but I was not expecting whole episodes like this. Episode 2 was slightly better and had more that I enjoyed, like the magic show and the teases that something more was going on.

I’m really hoping that episode 3 is the last of the “tv sitcom” stuff.

I was disappointed then I had a vision of what was happening,and now it’s amazing.Roll on episode 3

I woke up Friday morning excited to watch the story of a person with unimaginable power struggle wi tu h losing everything because of their mental instability…But enough about Trump, let’s talk about “WandaVision”!

I thought the 1st episode was just kind of ok…But I really liked the 2nd episode. I think the concept of “all-powerful witch copes with loss by creating a fantasy world, while simultaneously going on a journey through tv sitcom history, while also trying to solve a mystery” is a LOT to try to work out in one show, but I think the second episode started to hit the right notes. The nods to shows like Dick Van Dyke, Bewitched, and the old Hanna-Barbera cartoons hit that TVLand nostalgia spot!

I never really cared much for Vision & Wanda in the films b/c a lot of times their stories felt like an afterthought…But in 2 episodes, they’ve gone a long ways towards making me care about these characters.

I can already tell that this show may be a bit of a slow burn, but the destination seems like one that will have lasting ramifications on the MCU. I’m excited to see what’s in store for our couple…And the eventual arrival of that man Jimmy Woo!

I give the first two episodes 7 "For The Children"s out of 10.

I have to say this is a weird one for me.

Production was great, acting and casting worked and the style of jokes they were going for mostly landed. The main thing I came a way from first viewing was indifference.

As a Brit the setting was very very American. The mcu takes us all over the world and does a good job of incorporating different cultures. My American wife found the set up and style nostalgic from remembering old shows from nick at night, but I feel for a lot of people outside the US, especially younger fans, there may be more misses then hits in the first 2 episodes just from not having that history of the tv shows that inspired these episodes in our pop culture.

I’m still onboard to see where the shows goes but not as all in as I was after the first episode of the mandalorian, the nearest comparison I can think of on Disney + so far.

I’m one episode in so far and I love it. It is what I was expecting, where Wanda and Vision will be put into different settings, and we will get subtle hints that something is wrong. Knowing some of the comic stories involving these two that is what I was hoping for.

As someone that considers himself a step or two above a normie in the Marvel Universe, I felt annoyed by most of the “background plot” that must be the bread and butter of the show. For one, Wanda’s powers were never explained and transferred on the big screen - for what I know from the movies she can shoot purple lasers or something from her hands, maybe shape them in a sort of a form. Not someone who can create real items out of thin air (as her actual powers pretty much are, for all I know).

Second thing is, I never felt that CRAZY love that she had for Vision in the comics to translate in the movies, where she goes absolutely batsh*t crazy and stuff like House of M happens. Their love was just kinda there in those movies, but nothing as crushing as what Hawkeye had to go through with Natasha sacrificing herself… and those two were not even lovers.

Now, maybe here’s where I’m mistaken and the show will go in a slightly different direction with something-something Hydra (Hail!), but the disconnection is still just there.

I’ll have to also point that I am not a fan of parallel universes, time travel and whatnot in those sorts of movies. It allows for lazy writing and characters that will always return because of some shenanigan. It’s a huge part of why I didn’t really enjoyed Endgame - Infinity War was by far the superior movie.

Thus said, I can appreciate them trying something different, but on top of all of this that I wrote, I think it’s just not my cup of tea (yet?). I can make a parallel with Legion (that lasted 3 seasons). It was also really wacky and hard to get into, but once you got in it was really good (by that I mean you need to struggle through the first season). Agent’s of SHIELD you also had to start watch somewhere around S01 E15 (when Bill Paxton showed up) for the show to find its pulse.

I can also put a big plus on the length of the episodes - thank god they are not 1 hour suffering. For 22 minutes I can push myself to pay some attention to it. I guess I’ll watch it cause there’s pretty much nothing else new to watch lately (aside “The Expanse”, which is amazing, but has just few episodes left to release).

That’s true, they didn’t delve into their love story much in the mcu movies. As far as her powers go, they nerfed her completely in the movies. In the comic books, she can pretty much do whatever she wants as her powers evolve.

They did show her having some level of illusion powers in Age of quote on though, after that it was largely what amounted to telekinesis .

and most of all Evie Garland (from Out of this world, who can stop time by clapping her hands)

Evie would touch her two pointer fingers together, not clap.

I feel like I’m posting in the fact check thread, but I was a fan of the show as a young kid so this comment caught my eye.

Oh yeah ! Sorry about that I will correct it. Thank you for the fact check.

Over here it was my gf that was excited about this one, she even added it to our calendar for Friday, As Wanda is one of her favourite fictional characters, and she absolutely loved it. She was totally gitty she adored it so much. My question is this, if your at all familiar with this aspect of the comic side of things, her theory is this is a loose, MCU version of the House of M story arch. Do you agree? Disagree? Would you like to see it? Let me know!

Love the start of your comments Podfather / Good Brother Nate. Made me laugh out loud. Looking forward to listening to your Hard to Kill review with the boys. Good Brother Carl from Calgary

Maybe not Calgary at all but Westview. No longer sure.

I love this show because it is so different than any superhero movie or show in this universe or any comics universe. The old feel of a sitcom with laugh track breaks momentarily in each episode to a dark sinister tone. Dinner party choking incident and the radio at Dottie’s house. I am not sure if this is a world of Wanda’s making or this organization hinted at watching the show at end of episode, an attempt to control her almost limitless power. Nod to Stark (toaster) and Strucker (watch) in commercials interesting. Two people that have hurt Wanda directly or indirectly, the Ultron suits attacking Sokovia and Strucker keeping Wanda and Pietro almost as prisoners. Very excited knowing some of their history in the comics and where this could be leading down the road. I think Wanda Scarlet Witch is about to become a very big character in the MCU, already announced to be in Doctor Strange 2. Loving the strangeness immensely. Cannot wait for next episodes.

I hope when it gets to the 90s, they will do a Full House reference

My favourite show of all time.

So after episode 3, I think we can say, in terms of powers, we kinda have the House of M Wanda who changes reality at will and alters dimensions.