This has to be a massive positive for wwe. The competitors, lack of build and current storyline aside - 2 women performing in Saudi is huge

It will be good if it actually happens. Last time they sent women and matches never happened.

Will believe it when I see it. Also, find two less interesting performers lol. That’s a nitpick. This is cool.

I wonder how the fans will react. What they may chant. Maybe they’ll be extra supportive. They listen to all the podcasts talking shit about their country too. Or maybe they’ll sit on their hands cuz women in skintight clothing is too haram for their liking.
Either way prepare for the close-ups on the female audience

I do wonder about the gear. Will Lacey be in her typical ring gear or something else.

Props to WWE for making change

If they were to wrestle they would wrestle dressed like Alexa and Sasha in Abu Dhabi. 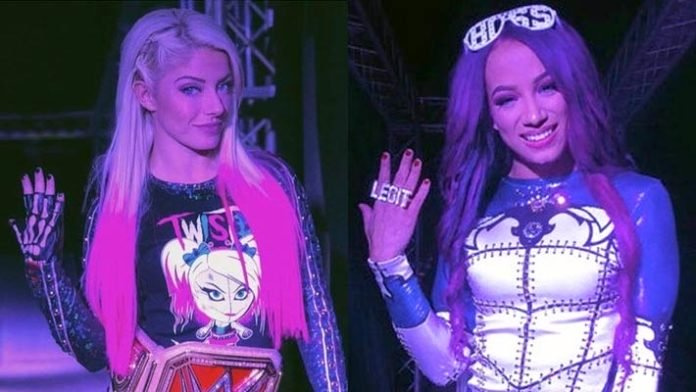 Completely covered up head to toes.

If the match happens, it’s a feat in itself. I will not comment on the wrestling at all. Lacey can be as shit as she wants (I’m joking, she’s alright).

It’s pretty safe to say that the vast majority of Saudi people do not have access to podcasts which talk shit about their country.

I was gonna write k. But my post has to be 15 characters long. Pretend i wrote: k

Should be full body cover

Great. Glad WWE can keep sticking with their talking points of being “agents of change”, while ignoring the fact that they are literally being used as Saudi propaganda, and not allowing talents to appear based on religion, race, and beliefs.

Let me know when Sami Zayn gets a match.

They are agents of change. You can hate on WWE but they have made a difference

These shows are paid propaganda. WWE has accomplished nothing by this - other than doing what the Saudi government is allowing them to do. If the Prince wants a women’s match to show how “progressive” he is, that’s what WWE is giving him.

Again, the WWE is still standing by allowing for racial and religious discrimination.

If WWE really wanted to be “agents of change”, they would have stood up for some sort of morality and turned down this deal to begin with. I guess a billion dollars from Fox wasn’t enough.

So happy I cancelled my Network subscription over the last few months.

I guess I should be happy about this, but it could also just be posturing from the Saudi Arabian government. Example, we will let women drive and show how progressive we are, but they still have limited rights and we will throw gay people off of roofs. I guess this is a good thing overall, I’m just not sure what it means in the long run.

But this match happening would be better than this match not happening. Let’s look at the bright side.

There is no “bright side” about these shows.

That would be the only one for me.

Stop being so cynical. It’s a step in the right direction

Hopefully Lacey and Natalya have a driver to get them to the stadium.