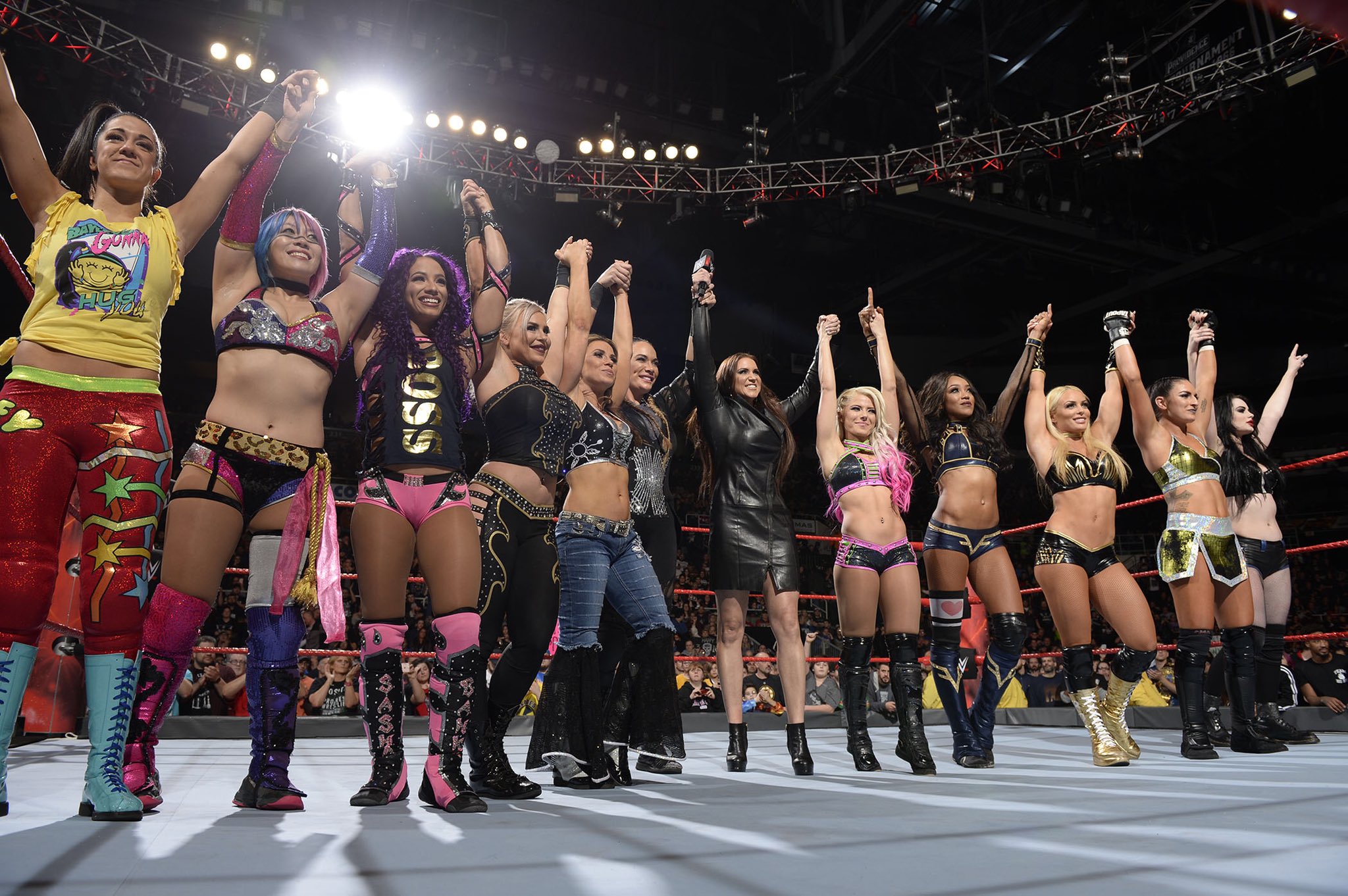 Announcing the first-ever women's #RoyalRumble match was one of my all-time favorite moments in @WWE... And now I'm proud to share that I'll be joining the Announce team for this historic match this Sunday! #RumbleForAll #RoyalRumble

So does this virtually confirm some sort of Ronda involvement…? That, or Steph is actually going to win it

For me it means she is in the rumble. Otherwise why would she be here ? She is not an announcer at all. There’s gonna be some action involving her for sure.

I was hoping not to watch the Woman’s Rumble on mute, but…

She just has to be front and centre at all times, it’s sickening.

You put what I was thinking into words, thank you.

Maybe we’ll be surprised and she’ll be as “entertaining” as Vince was in his hey-day.

i feel that if they have Rhonda Rousey sign and she’s one of the surprises in the rumble, it makes perfect sense to have stephanie there as well. Stephanie could easily either be another surprise entrant get in the ring and Rhonda eliminates her right away which would lead to Stephanie distracting Rhonda long enough for whoever is the winner of the match to eliminate Rhonda or just have Stephanie interfere somehow in the match to cost Rhonda the match. Either way, i feel that Stephanie being on commentary, while it will be annoying since she won’t stop using the words ‘‘making history’’ throughout the match, is probably link to Rhonda being in the Rumble since i feel the money match for Rhonda first match, especially at mania, Would be Against another non wrestler in Stephanie Mcmahon.

What a Glory Hog.

Maybe we’ll get a Vince like performance from Rumble 99. But probably not.

I don’t think it necessarily means she’ll be involved.

I just think it’s further proof that she feels a need to be front and centre of the “womens revolution.”

So I think the opposite is probably the case - she isn’t able to be in the match, so she’ll just have her voice all over it.

Whether she’s in it or not, it will be ruined with her commentating until she enters the Rumble herself. I get that they want a reason for her to be out there, but I hate that this is the way.

Renee Young has stated that she doesn’t think she’s a good commentator.

They could have used Paige in the role.

I think it will be good. Stephanie is a McMahon. She can speak freely without worrying about being fired.

Couldn’t be any worse than Lita

Renee Young has stated that she doesn’t think she’s a good commentator.

They could have used Paige in the role.

…but it’s disappointing, I liked her a lot.

I figured we’d have a woman’s voice on commentary but I was expecting Beth Phoenix given her role on Mixed Match Challenge. I was also expecting that she’d play the commentator-inserted-into-the-Rumble role. This basically kills that.

I don’t know if I’d choose Lita over Stephanie, but I think I’d prefer a broom over her. Maybe we’re caring too much about this though haha. Announcing in WWE sucks overall anyway.

Bliss and Charlotte can talk, why not put them on it?