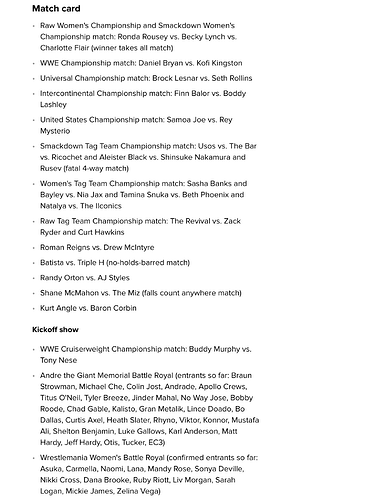 Wrestlemania day is here whether your watching live at the stadium, in a bar or at home I hope you all enjoy the show.

The match I’m most excited for is still the women’s main event. I just worry that after six plus hours of wrestling the crowds enthusiasm might be lacking somewhat due to exhaustion but hopefully they’ll be up for it.

I definitely don’t see Seth Rollins, Kofi Kingston and Becky Lynch all winning tonight so it will be very interesting to see how the show is booked. I really can’t fathom a further prolonged Brock Lesnar run with the universal title. 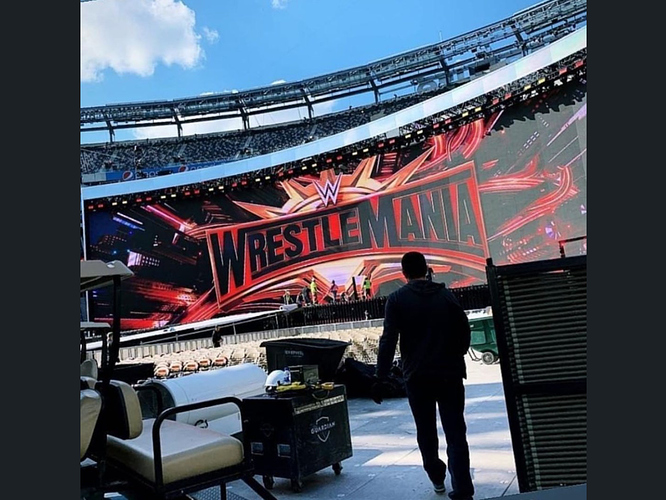 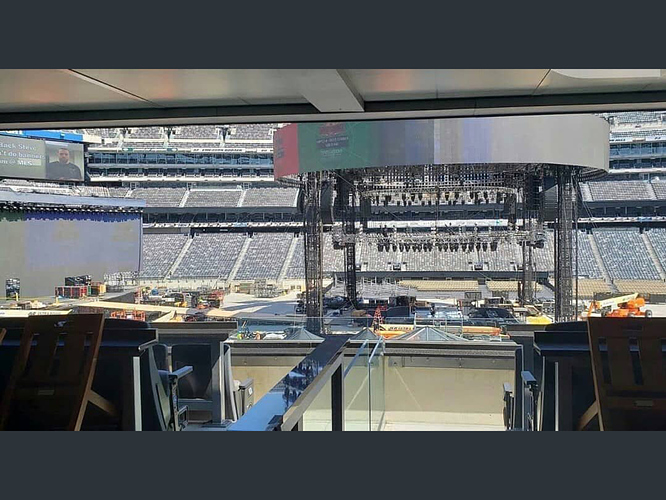 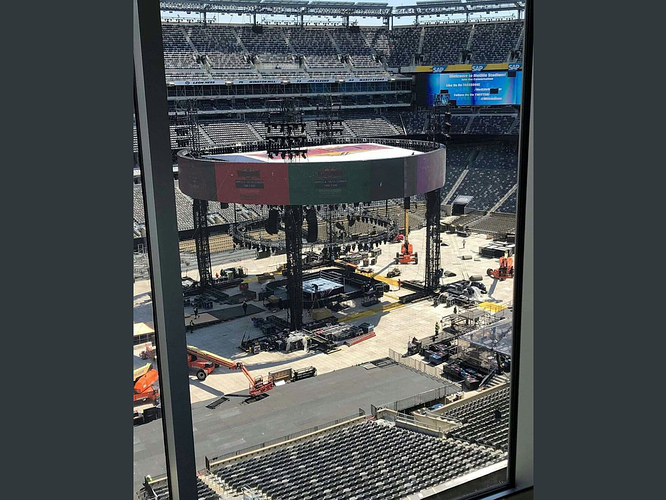 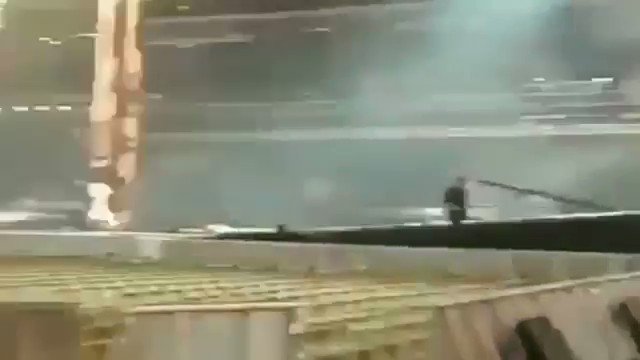 I’m watching SNL before the show starts, odd the Weekend Update guys didn’t mention being in the battle royal and no cameo from Braun. Jericho said this during his Mania preview WWE loves “Prostituting their show for mainstream, but never put their guys on other shows”

Good News. According to Coach, the main event is in “a couple of hours”.

Anyone know if they have to finish the show by a certain time (As per the standard rental agreement?)

In my opinion, I’d have preferred they put The Andre The Giant Memorial Battle Royal on the main show instead of The Women’s Tag Team Title match. Just on the basis of it being a different type of match.

I wish that they would have put The Raw Tag Team Title Match on the Pre-Show, if it’s scheduled near the end, the crowd will absolutely tear it apart.

I really hope we have multiple matches go under 5 minutes. Goldberg VS Lesnar is proof enough that you can have an entertaining very short match.

Also there is a theory going around that the contract Kofi signed stated Fast Lane, so a screw job maybe coming.

Before Wrestlemania started on the Network I caught the end of the Roman Reigns Chronicle that was on before it. A perfect reminder of what an amazing moment it was for Roman to come back and it did get me excited to see tonight’s match. Hopefully the fans are in the same mindset and are ready to cheer on Roman like crazy.

Roman reigns vs drew mcintyre is one of the matches I’m looking forward to most I must say, give it a good 10-12 mins & it should be excellent.

Sam Roberts does look like a dry cleaned Dean Ambrose

Why on earth put a network commercial on during the cruiserweight match. I know the second hour of the pre-show is on USA network so it would make some sense to have wrestlemania promos on then. But during the first match that is exclusively on the network (I think)? Makes no sense.

They have what looks like a set of stairs halfway down the ramp on the side leading onto the ramp. I really hope they don’t give a bunch of guys shortened entrances.

Who is this guy always wearing this cap and this green t shirt, always sitting at the same spot at almost every ppv facing the hard camera ?

I was not expecting Tony Nese winning. Didn’t like the finish.

I was just thinking that it’s not just him it’s the bald guy always sitting down he seems to have the same seat at every single wwe ppv show.

Great match. You see better wrestling from 205 Live than NXT. Only difference is the crowd aren’t desperately holding the wrestlers’ hands.

They got almost 11 minutes, can’t be mad at that.

I’m pretty sure he’s at most Raw’s too.

Both of them worked their ass of nice opener.

I love buddy murphy’s finisher don’t know what it’s called. he’s been having some of the best matches lately hopefully dropping the title might mean he’s involved in the superstar shakeup in a few weeks.