Wrestling Entertainment Series has canceled its event for this Saturday in Nottingham with the group issuing a statement days before the show was scheduled.

The statement has drawn criticism for blaming talent for not appearing – this was the second time WES was unable to deliver on a show after moving last month’s event to this weekend.

The promotion has stated that those that were scheduled for the show have been paid and added that anyone who purchased a ticket or bought the event through Fite TV will be refunded in full.

This past weekend, Lina Fanene a.k.a. Nia Jax, and Matthew Rehwoldt issued statements over their issues with WES. Fanene announced several weeks ago, that she would not be appearing on the new date for WES but the promotion continued to advertise her up until a few days ago. Rehwoldt claimed the promotion had “ghosted” him when he was seeking information for the show.

The promotion had booked the Motorpoint Arena in Liverpool, which has a listed capacity of 10,000 with WES advertising a main event between Alistair Overeem and Moose for the now-canceled event. 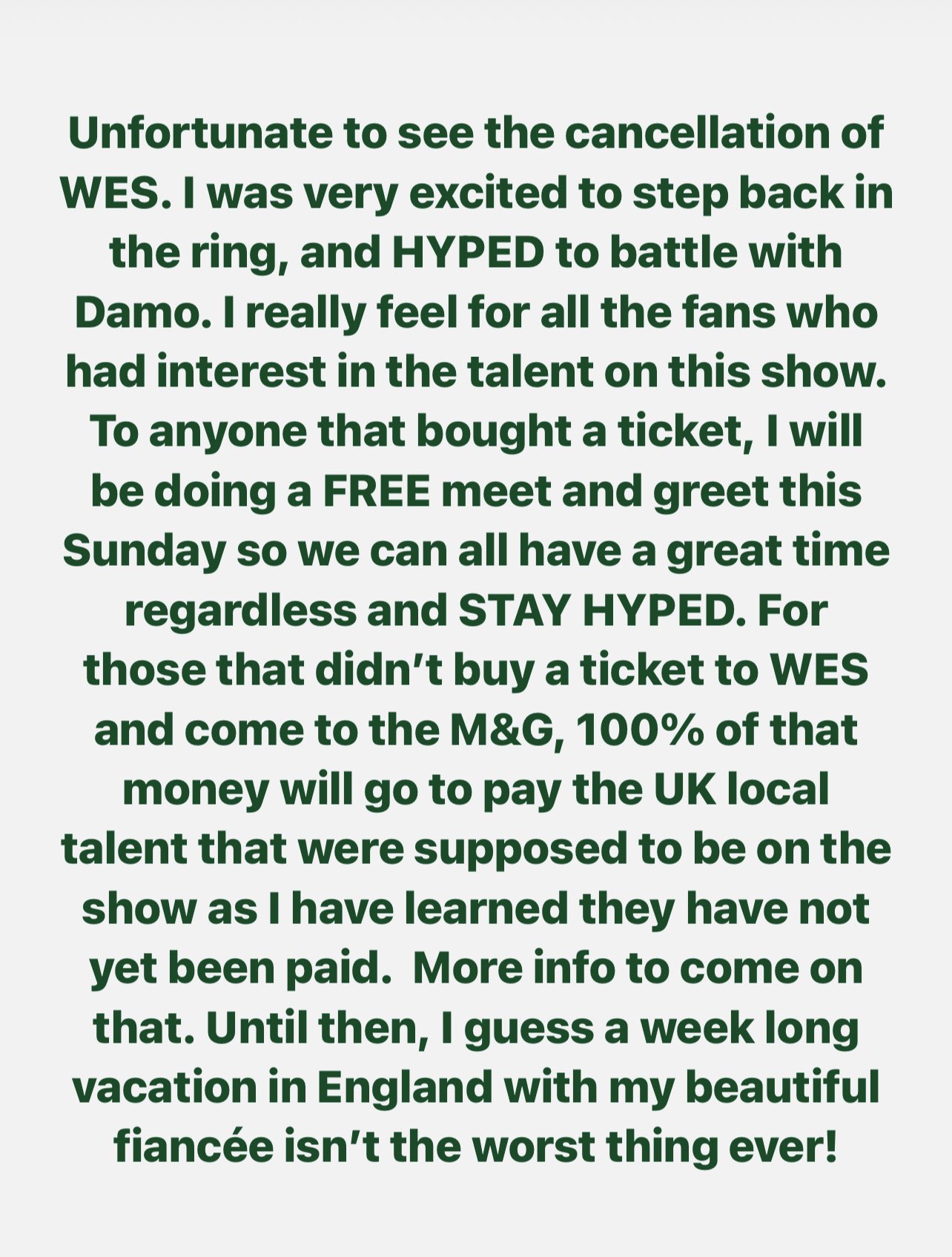