The WWE released a video on which Cathy is talking about E3 and she mentions Kenny Omega as IWGP champion and The Young Bucks as well as calling them The Elite. Do you guys think this has any sort of significance as or it’s once again another example of “no one cares what is said and what goes on their YouTube”?
Rated_R_Poster June 13, 2018, 8:09pm #2

The Elite to WWE confirmed

or it’s once again another example of “no one cares what is said and what goes on their YouTube”?

The only thing I think this does show is how much things have changed. Zach Ryder and others have had their careers derailed because they got over for something outside WWE. Now they will (smartly) use it to instead promote the Company.

That was awesome. More entertaining the Monday Night Raw. I actually thought for a minute that New Day was going to be All In at the end.

Definitely the the best New Day segment in ages…

There’s definitely smoke to this. I am getting less and less appalled at the idea of an Elite crossover as a sort of one-time deal on TV/PPV. This was in my recommended videos on the network while watching Something Else To Wrestle. HHH and Vince want these guys and this is a great way to plant the seeds. 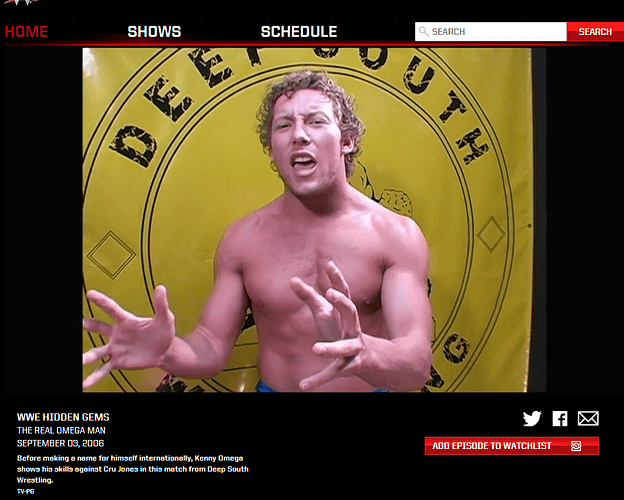 They were all going to be at E3…been teasing a match for quite awhile and the social media guys decided to push it because Xavier Woods channel is fairly popular in the E3 community.

Not everything is a Machiavellian plan.