There was a consolidated amended class action complaint filed against WWE, Vince McMahon and former Co-Presidents George Barrios & Michelle Wilson. The Firefighters’ Pension System of the City of Kansas City, Missouri are the plaintiffs in the case and are representing others in the suit as well.

In the 140-page filing which can be found at this link, a second confidential witness was listed who worked for the WWE from 2012 to 2020. This individual was present at WWE’s Crown Jewel event this past November and WWE talents were not able to make it back to the United States in time for SmackDown which led to the NXT invasion angle that concluded with Adam Cole defeating Daniel Bryan in the main event of the show. Said confidential witness who is listed as (CW-2) claimed that there were a number of personnel on hand who described the following events as a “hostage” situation due to there being guards in the vicinity wearing militia gear and holding guns while looking at the wrestlers.

WWE attorney Jerry McDevitt issued a statement to Forbes about those claims and deemed them false:

“These false allegations were originally made in two suits filed by two different law firms,” read the exclusive statement from McDevitt. “After the Court appointed a third firm to be lead counsel, WWE provided all three law firms with specific detailed facts from the persons with actual knowledge of the situation, including the phony allegation about the plane. The first two law firms then dropped their lawsuits to avoid sanction motions, but the third firm chose to ignore the specific facts they had been provided, and instead cited an unnamed disgruntled former wrestler with no knowledge of the facts. WWE is preparing its response to the lawsuit and will be moving to have it dismissed.”

Below is the statement from the confidential witness regarding what occurred in Saudi Arabia as WWE talents were set to leave the country to return to the States:

“CW-2 recalled that he was initially told the charter flight he was scheduled to leave on was delayed because the plane needed to be pulled around. After they boarded, they were removed from the airplane after 20-30 minutes. CW-2 explained that he spoke with a stewardess on the flight about the delay, who told him that “it seems someone doesn’t want us to leave the country.”

CW-2 further explained that the pilot sounded “distressed” when he informed the passengers that the flight was unable to take off. CW-2 recalled that then they were told that it was because of mechanical issues, but he recalled seeing a “ton” of guards wearing black “militia” attire and wearing guns that were blocking their exit and “staring at the wrestlers.”

CW-2 became aware that something was wrong and explained that a number of the other personnel were referring to the event as a “hostage” situation. CW-2 explained that he asked the Senior Director of Talent Relations, Mark Carrano, about what was going on and that Carrano told him that Crown Prince Mohammed bin Salman and McMahon had gotten into an argument over late payments in connection with the June 7, 2019 Super ShowDown event.

Carrano also informed CW-2 that McMahon had cut the live feed for the Crown Jewel event and that this had made the Crown Prince “very mad.”

Prior to the COVID-19 pandemic, PWInsider reported in early March that WWE was planning their return to Saudi Arabia and the date of 8/20 was tossed around, or a return in October or November at the time. For the 8/20 date, that would’ve been three days before SummerSlam which was set to emanate from Boston, Massachusetts. 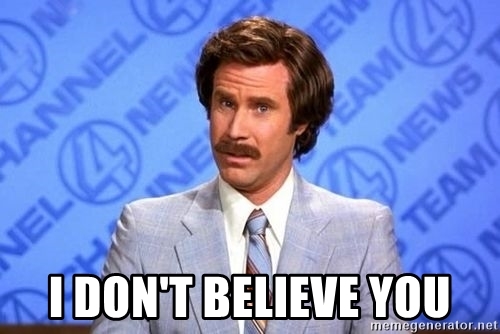 I guess I wonder if more people will come forward.