We run down what we thought was one of WWE’s best shows of the year headlined by Ronda Rousey vs. Nikki Bella, Becky Lynch vs. Charlotte Flair in a Last Man Standing match, and Kairi Sane vs. Shayna Baszler. We also discuss the limited production of the show, the commentary team, and the incredible crowd.

Double Double+ patrons can WATCH video of our review by clicking here. 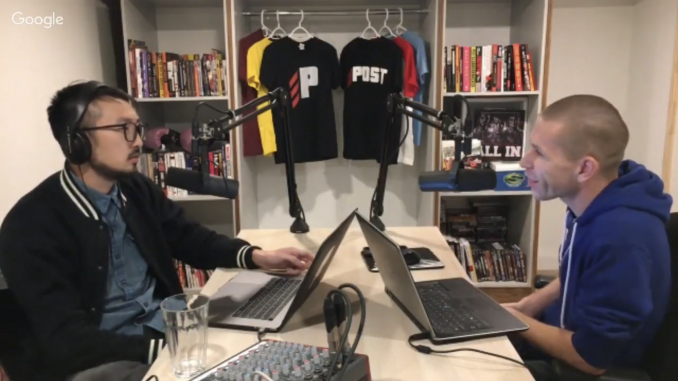 The lighting and audio was very similar to an NXT TakeOver event, where they darken the crowd to keep the NXT intimate feel. Even the Championship introductions were done like NXT title intros, with the blue tinted spotlight on the ring.

The camera work also felt very different than WWE Main Roster shows with way less cuts and the zooming. I noticed this when Becky was burying Charlotte and they didn’t cut once until she stood.

Between all that and Lizzy Hale l would bet that the NXT TakeOver production crew were the ones running this show, with the WWE’s crew in North Carolina already for Raw tomorrow.

Thoughts:
I hope this is the last all woman PPV. I’ve been against the concept from the beginning and feel its a major step backwards for the same reasons I would feel its wrong to do an all African American show or all Asian show.

That’s about the only negative thing I have to say.

Given that these woman had to put on the show with such HUGE limitations…I think they completely and utterly exceeded expectations. This PPV had a horrific build. Only 3 matches got any meaningful built. We had performers on the show that 80% of the viewers have probably never seen before and thus had no reason to care. This was a train wreck of a PPV build.

What we got were a series of good to great matches and PPV that was entertaining throughout. You didn’t leave feeling exhausted…you didn’t constantly look at the phone or for distractions like those 7+ hour messes. And this was a rather weak card to boot aside from Becky/Charlotte. The potential to build on this and deliver higher quality matches is easily there.

People have been who WWE should get behind now that Roman is out. The answer to me is pretty clear.
Ronda.
Bring SD ladies over to Raw, call up some of your more talented NXT ladies like those on this show. I’ll take tv and PPV main events with the likes of Sasha, Bayley, Ronda, Becky, Charlotte, etc over the likes of Dean, Drew, Braun, Seth, etc. Ronda is your global name right now. Becky is your fan favorite right now. Make it happen WWE. We are ready.

This show (and All In) are prime examples why booking to your audience and not pissing them off is the most beneficial thing a booker can do. The crowd made this show and while I thought the booking heading in was very lazy, the crowd treated every match and every participant like a big star (similar to All In). It registered with me that’s what makes TakeOvers so hot as well.

Kudos to all involved in really creating a fun night of wrestling.

When Vince talks about re-imagining live events, I’d like to see specials on the network for house shows where 2/3 major matches headline a show and the crowd in attendance knows they are big matchup with meaning. There’s no reason with the roster WWE has they cannot find time and room for everyone if they utilize House shows to create tonight’s atmosphere.