Beginning on April 13, NXT on USA Network will be airing at its usual time slot but on Tuesdays. The move was confirmed by WWE and it is a part of the company’s multi-year extension with USA Network.

Back in early March, it was first reported by The Mat Men podcast that NXT and USA Network had been discussing a move from Wednesdays to Tuesdays and the targeted date was April 13th.

NXT founder and senior producer Paul “Triple H” Levesque commented on the night switch and stated that the move provides an opportunity for the brand to grow.

We are thrilled to continue WWE and NBCUniversal’s longstanding partnership with the extension of NXT on USA Network. The move to Tuesdays provides a new opportunity for us to grow the NXT brand and enables our partner, USA Network, to continue to build its strong portfolio of sports and entertainment programming.

#WWENXT is heading to Tuesday nights as part of a multi-year extension with @USA_Network! https://t.co/L3xHKWklH2

All episodes of NXT will be uploaded to the Peacock service one day after it airs on the USA Network. NXT is gearing up for their TakeOver: Stand & Deliver two-night event and below is the match card for those two nights:

So I guess the marathon is done.

Best decision for all involved. A lot of talent on Wednesday nights not being seen as a result of the petty “head to head” choice by WWE.

This whole affair should probably forever erase the idea that fans actually want a “head to head war” with their wrestling.

As soon as Canada got both shows on the same night you knew it was only a matter of time before it all ended.

But WWE history has told us for the last twenty years that the greatest era in wrestling history was the Monday Night Wars?! How could fans not want it again?!

In terms of viewership, it’s a smarter choice to finally move days after sticking to Wednesdays even after AEW decided to go head to head (although some will pretend NXT wasn’t always on Wednesday for some reason…). In terms of the bigger picture, it was better for WWE to keep NXT on Wednesdays but I guess it really wasn’t their choice.

It’s two second tier shows going against each other. Might have been a different story if it was two massive shows. Also have to take into account how people can catch up and watch the other show later or both shows later. There isn’t a strict routine to watching shows anymore. Wrestling isn’t a “must watch live” experience unless it’s a big PPV.

Ok, so you want to go around this topic again.

Are you denying that McMahon put NXT on Wednesdays on USA network as counter programming?

Do you acknowledge that there is a difference between a cable network available on nearly every US cable system, and an on-demand subscriber based service available via the internet?

The bottom line is that NXT never had to go on USA on Wednesdays. That was a choice made by WWE after AEW went on Wednesdays. Now NXT is moving to Tuesdays; USA did not get hockey (Wednesday night sports business) and so NXT didn’t have to get kicked off of Wednesdays.

NXT was always released on a Wednesday night. Fact

I think the narrative is just wrong. WWE 100% put NXT on USA to compete against AEW, no debate. But saying they went on Wednesday night to compete with AEW is not really accurate, because it was there first. Regardless, it’s stupid semantics that for some reason work everyone up.

Who remembers that “it’s not a sprint, but a marathon” tweet?

It’s a little less climatical when the story ends with “the NHL had this night first, so the war ended.”

Trips tweeted that after the first night. I mean, that should tell you everything you need to know about WWEs intent.

The whole thing is a pretty big indictment of HHH as an executive. He couldn’t deliver the numbers and ultimately failed.

I cannot imagine Vince at the same age ever tucking his tail and fleeing to another night.

Congrats to the legend, the great Tony Khan on his amazing beatdown of that chump HHH and his inferior NXT product. 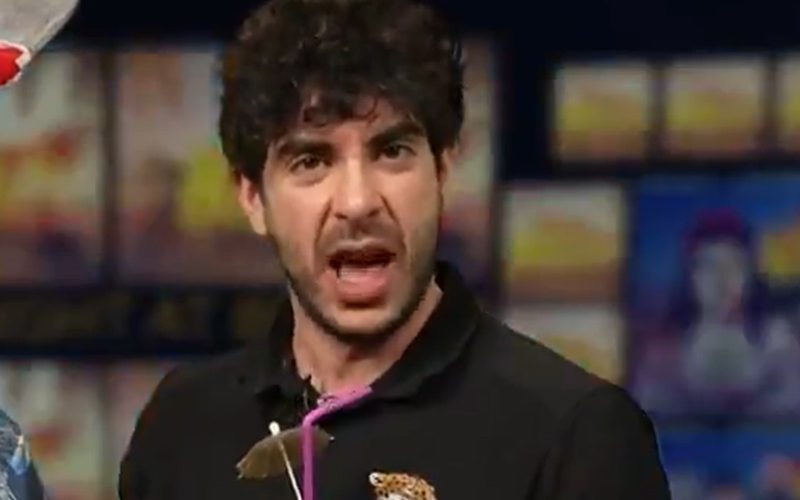 I dont even know why people act like its a secret lol, of course they were trying to hinder AEW. I dont think they would even deny it.

On one hand I’m going to miss it, I liked having the two shows on at the same time, but maybe thats just me. On the other hand, for whatever reason this “war” just brings out the worst in the fans, so it will be nice to not see the bitching and moaning on each side.

Personally I watched AEW, I didnt care to watch NXT TV. I find Dynamite better than NXT TV, but I find takeovers better then anything AEW does on PPV. Either way, I guess its still a “cold war” up hear in Canada lol.

As someone who leans to the other side of what is watched on Wednesday nights, I can’t imagine spending 4 out of 5 nights during the week putting wrestling first on my watch list (especially with 3 sports in session now), so instead of watching AEW after NXT each week, it’s probably getting bumped to Friday or Saturday at this point. I guess that’s the opposite of the assumed nature coming out of this for wrestling fans, but I wonder how many on either side are like me now and how much that might take away from the combined viewerships everyone assumes is coming.

Well I’m relieved my Wednesday nights won’t be late ones after this. Granted, I decided to drop some non-wrestling shows because I’ve fallen so behind on them and there are other shows streaming that interest me more, but this should make things easier for myself and other viewers. Also, if it’s part of an extension, then I think it further shows USA is on board with NXT.

Think if WWE had any say in the matter at all, they should have stuck with Wednesday nights. Giving AEW a free run is daft