So as many of you may be aware prior to WWE Hell In A Cell the card for WWE Super Show-Down was already set due to social media announcements:

)
^ All event times & match card are subject to change.

For those who are going to be in Melbourne their is also two local shows running that weekend.

Both events will be uploaded onto MCW Encore on both their Vimeo & Pivotshare video on demand services within 10-15 days.

Finally I notice their are a lot of Aussie’s & Kiwi’s who either leave feedback or listen to John, Wai, and the rest of the POST Wrestling family, so if anyone is in Melbourne and would like to meet up just leave a comment below.

Any idea on how tickets sales are going for the super show down Chris? I just tried to purchase 10 front row tickets and I was able to straight away, there seems like their is an awful lot of tickets left hopefully they get a big walk up on the day.

General consensus among the Australian Fans online are that the tickets are overpriced for what we are receiving.

However in terms of sales I have not herd anything official. I seen Dave Meltzer say on Twitter “The WWE are using 70,000 as a number which means they are hoping for 60,000”. Given the weather forecast is rain and 18c I think they’ll be lucky to get 60,000. 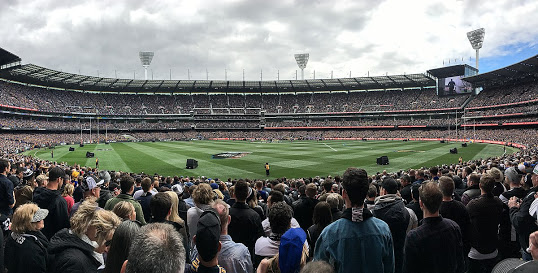 B) Yesturday during construction of the canopy and stage. 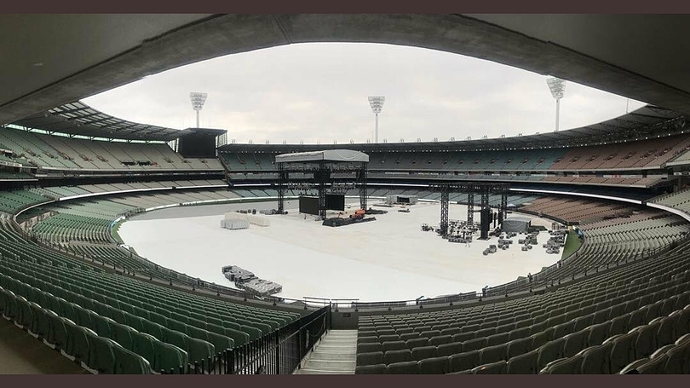 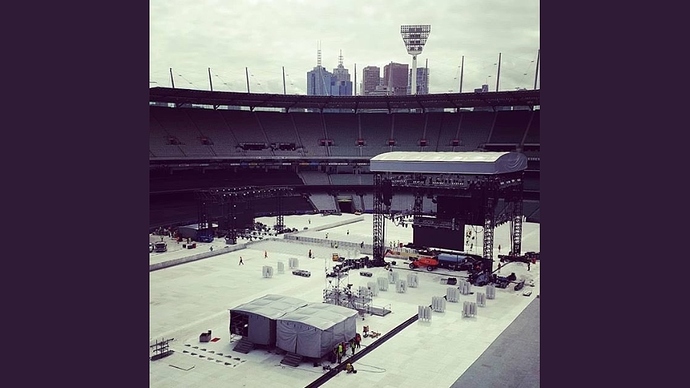 Merchandise prices for those wondering:
All in Australlian Dollars / AU$ 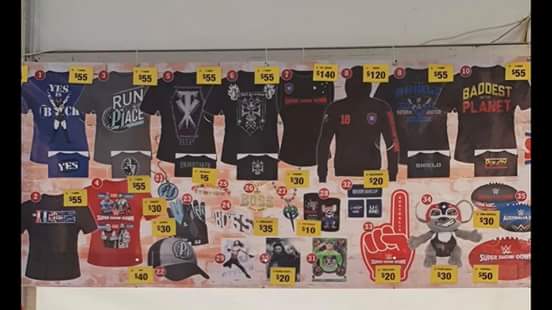 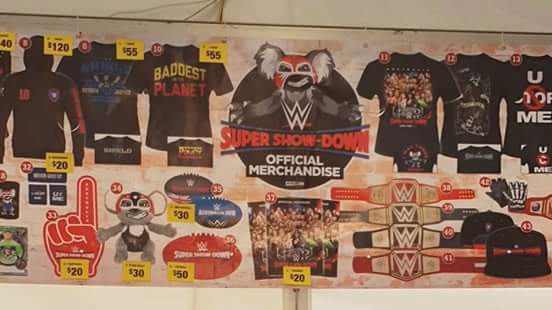 I like your reporting! Have fun at the show Chris. Should be some stellar matches. I’m gonna give it a miss, but will be at MCW tomorrow (in a Kevin Steen shirt, should you spot me

but will be at MCW tomorrow (in a Kevin Steen shirt, should you spot me

We should catch up over a "Brutus Beefcake’s Tropical Vacation” Fruity Brut DIPA (beer). 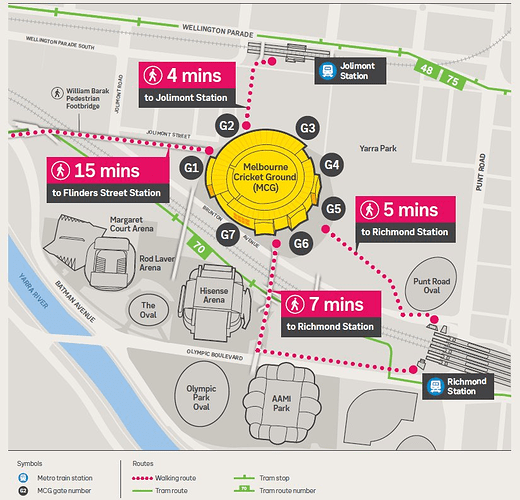 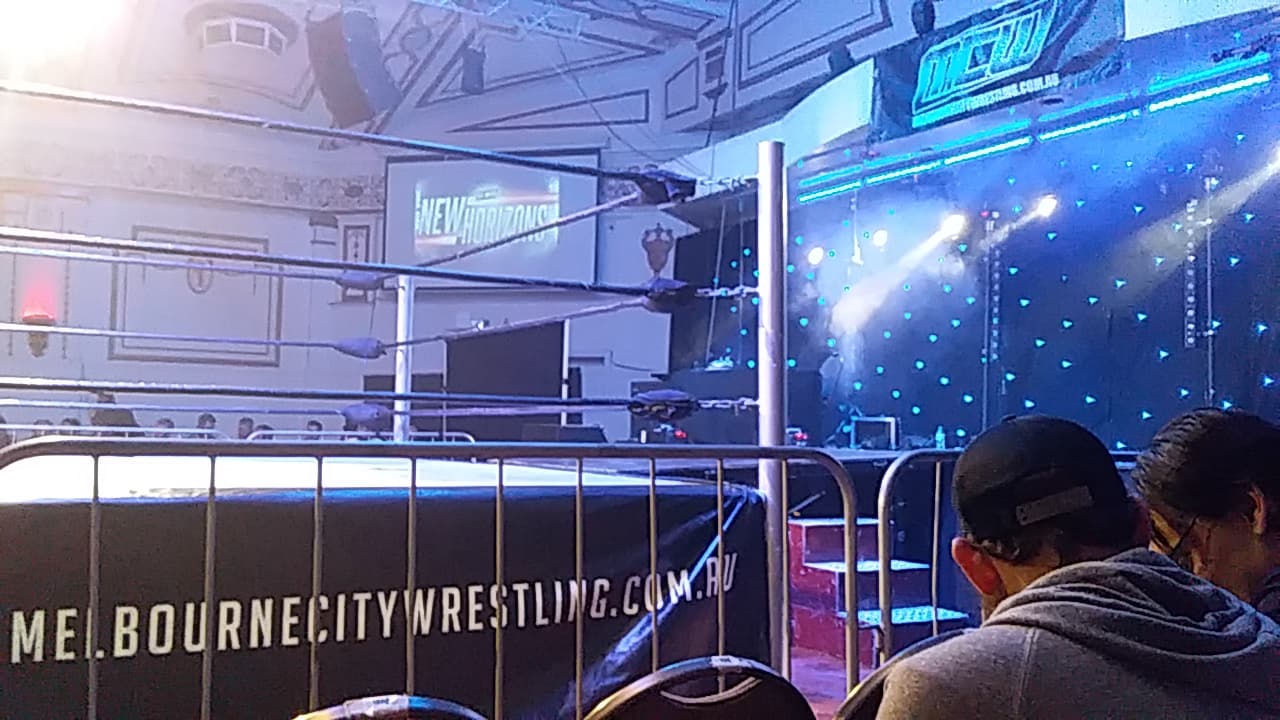 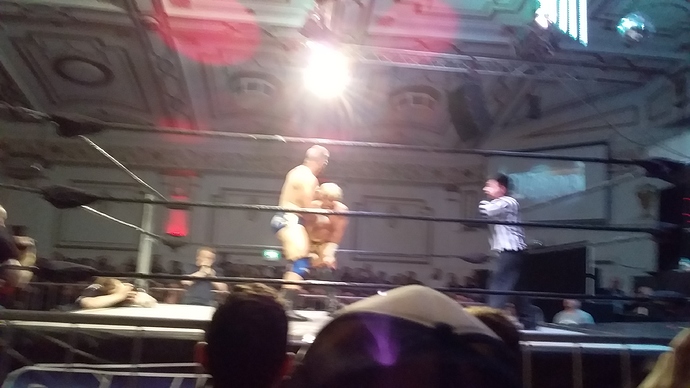 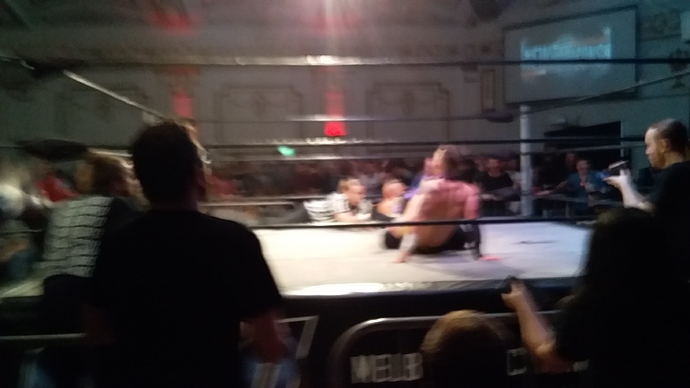 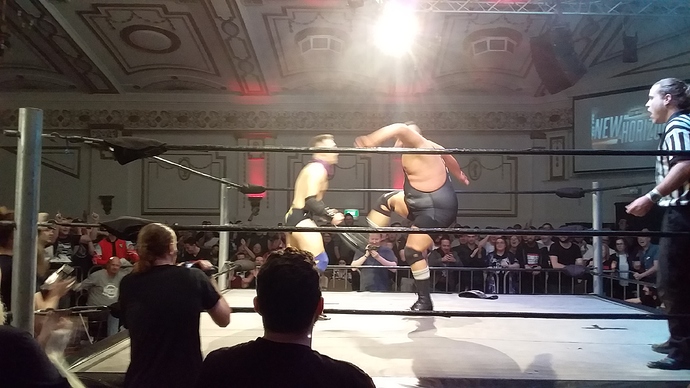 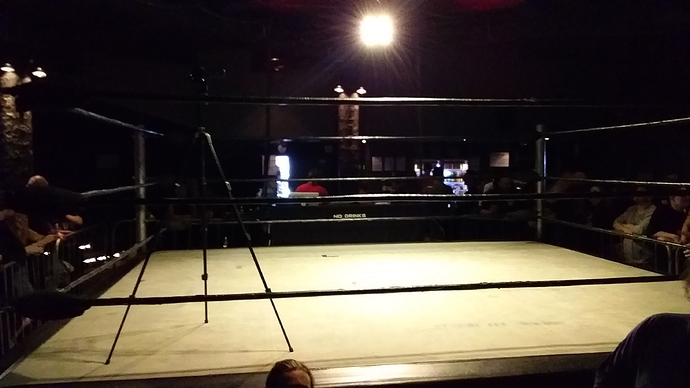 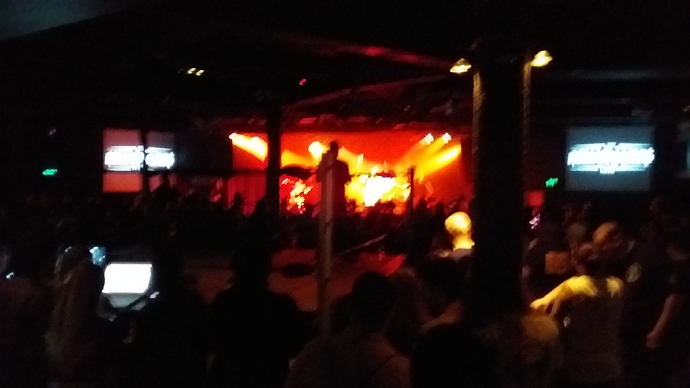 Crowd is packed in… 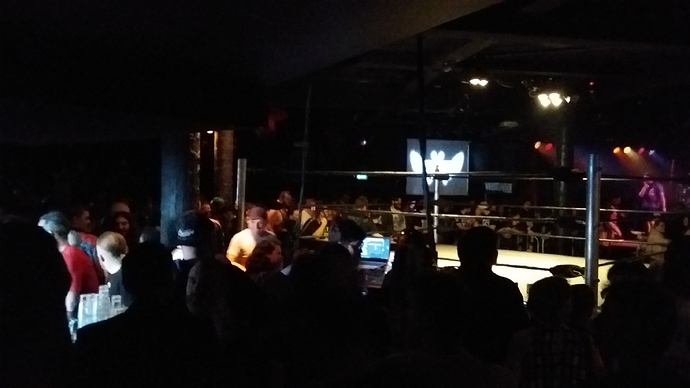 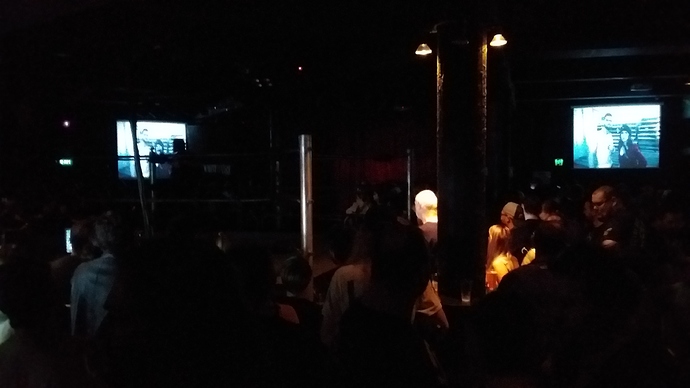 …Now at the MCG with slightly obscured seats🤔 better then level 4 at least. 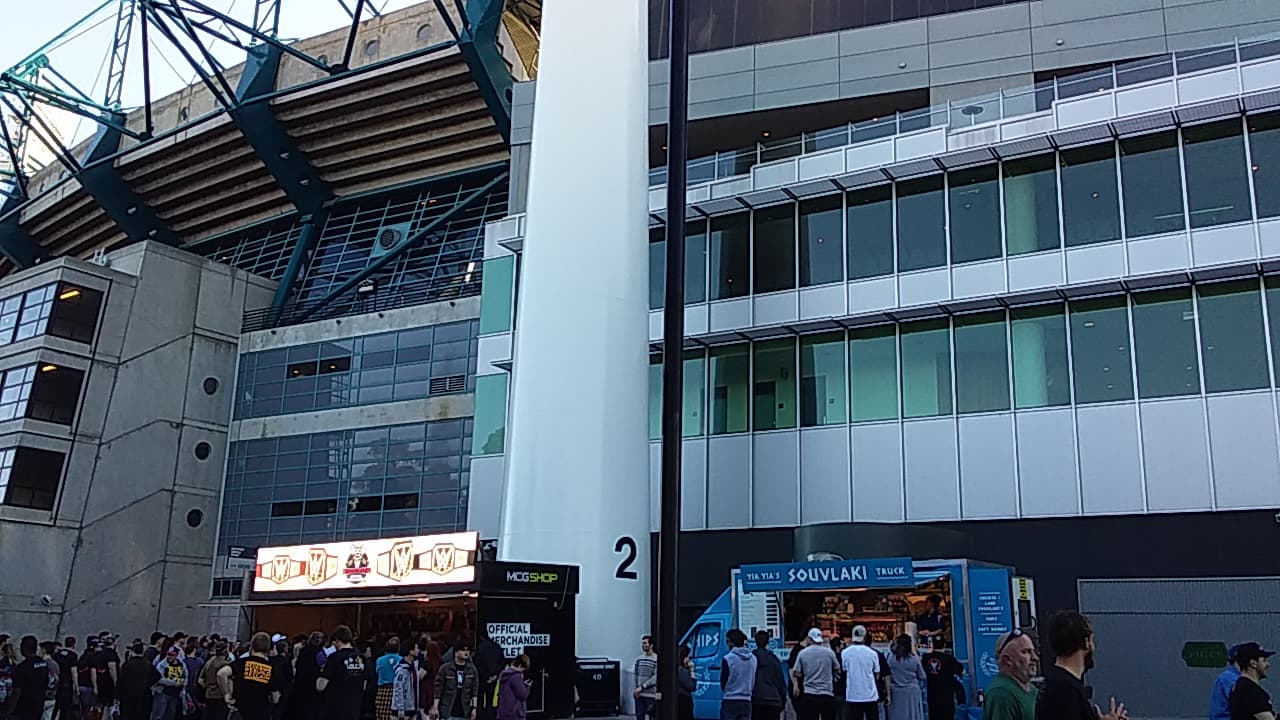 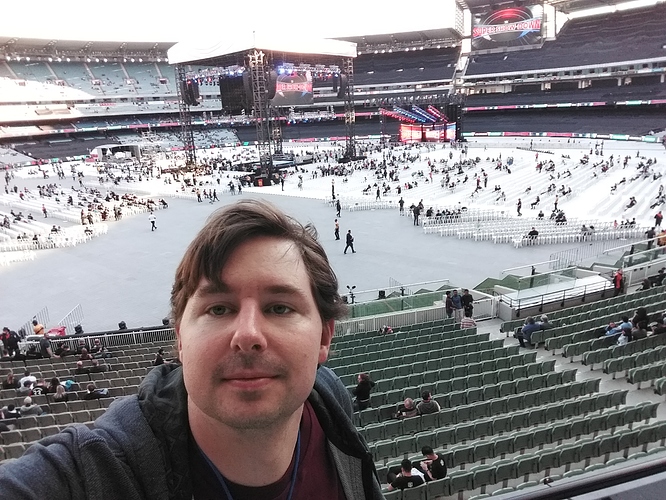 I would seriously rather go to that MCW show than watch the big screen at Super Show Down. Wrestling is an intimate thing.

We are live from the MCG… 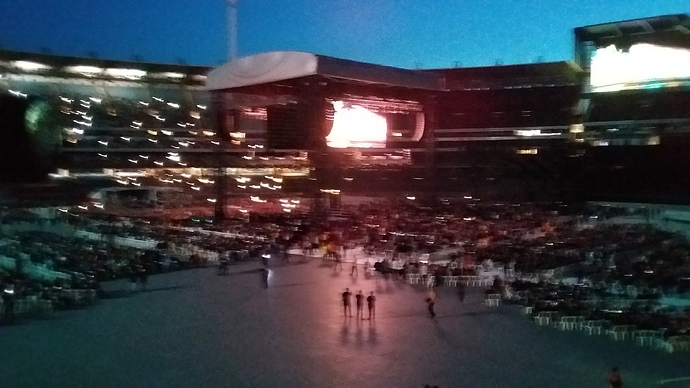 Once in a life time vs staying at home & watching WWE LIVE & MCW / WrestleRock on a 7 day delay?

No thanks I’m happy

There’s one big important question I have from this show and that’s is a four’n twenty really worth all the hype?

Four N Twenty are okay…not the best pies. Was supprised they went with an American pie angle reather the using American AFL player Maroon Cox telling Naomi & Jimmy how good they are but hey it got a laugh so I guess it worked live??