The WWE was hit hard by the NBA playoffs this week, leading to sizable drops for both Raw and SmackDown Live.

Tuesday’s episode of SmackDown averaged 2,293,000 viewers on the USA Network, despite the announcement the night prior that Daniel Bryan would be wrestling on the show.

It’s the lowest number for the show since last Halloween Night. Excluding Halloween, it would be the lowest since June 13th, 2017, which averaged 2,072,000 viewers.

The Utah Jazz vs. Houston Rockets game on Tuesday was the main culprit with an audience of 4,082,000 on TNT going head-to-head-with SmackDown.

Monday’s episode of Raw was hit as well with only 2,680,000 viewers watching the three-hour program on USA, which was down 12% from last week.

Game 1 of the Western Conference Finals (some might say for the ‘actual’ championship) is next Monday. 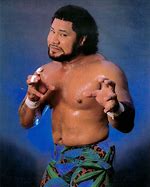 Shows have been terrible and the pushes of this Nakamura/AJ Styles on Smackdown and the constant pushes for Finn Balor and Rollins are killing the ratings.