Arturo Diaz Mendoza a.k.a. Villano III passes away at 66

Arturo Diaz Mendoza, who was most visible under the moniker of Villano III, has died at the age of 66.

Several reporters, including Ernesto Ocampo and Steve Sims at Luchablog, reported the news Tuesday afternoon with CMLL issuing a statement on his passing as well.

In total there were five Villano brothers, who were second-generation wrestlers following in the path of their father, Ray Mendoza, who was one of the founders of the Universal Wrestling Association (UWA) in 1975. The UWA would represent a break for Mendoza and his sons from EMLL (now CMLL) and created a direct competitor to the established Mexican office that dated back to 1933.

Arturo wrestled under a variety of names, debuting as “Ray Rosas” in January 1970 and adopting personas that included “Pulpo Blanco”, “Rokambole”, and “Buffalo Salvaje”.

Arturo’s two older brothers began wrestling a year before his own debut, they would adopt the Villano name and in time would include their younger brother, who assumed the name “Villano III”. The name stuck throughout the rest of his career.

As Villano III, he became the inaugural UWA welterweight champion in December 1975 and held the title until May 1977 when he dropped the title to El Solar in May 1977.

Because of the working arrangement between the UWA and the World Wide Wrestling Federation (WWWF), the WWF light heavyweight championship was created in 1981 and became a title that Villano III was linked to throughout its entire tenure as a UWA championship. He won his first of seven WWF light heavyweight titles in March 1983, often feuding with Perro Aguayo, Gran Hamada, Chris Benoit, El Signo, and Sangre Chicano over the championship. His longest run as champion lasted over two-years from May 1984 until August 1986. When the UWA folded, the championship was eventually included as part of the J Crown in New Japan Pro Wrestling, which was unique with Ultimo Dragon in possession of the title while appearing on WCW programming. This didn’t last too much longer before the WWF took over control of the title and began their own light heavyweight division in 1997.

In the wake of the UWA’s demise, Villano III would enter AAA along with his brothers, IV and V. In AAA, the three brothers became the inaugural Americas Trios champions in March 1996 by defeating Heavy Metal, Cien Caras, and Latin Lover. They were in the middle of their second reign as champions when they left the promotion and AAA deactivated the titles.

After leaving AAA, Villano IV & V began working in WCW regularly and sadly, were most remembered during their tenure for a neck injury that Villano IV suffered in September 1998 during a tag match with V against Raven and Chris Kanyon.

Villano III’s last major run was with CMLL when he returned to the promotion in the late 90’s. It was during this run that Villano III took part in one of the most famous matches in modern Lucha history when he took on Atlantis on March 17th, 2000 in a Mask vs. Mask match. The bout featured Villano III losing his mask and revealing his identity, in a match that was voted “Match of the Year” in 2000 by the Wrestling Observer Newsletter and was the last Lucha match to win the award.

Villano III’s career continued, including a match where he lost his hair to LA Park in May 2007 and he wouldn’t officially announce his retirement until 2015. He had his final match at age 63 on August 9th, 2015, teaming with IV & V to defeat Monster Clown, Murder Clown & Psycho Clown at TripleMania XXIII at Arena Ciudad. It was a sad match as III had no business wrestling, he had suffered a stroke several months earlier and he was significantly limited in what he could do.

He has two sons that became wrestlers, under the names El Hijo del Villano III and Villano III Jr., as well as two nephews that wrestle as Rokambole Jr. and Villano V Jr. Arturo’s two older brothers have passed away with Jose Alfredo (Villano II) passing in 1989 and Jose de Jesus (Villano I) in 2001.

We would like to send our condolences and wishes to the family and friends of Arturo Diaz Mendoza.

Date is wrong
He born january 21st 1953
He was 65!.. Or as you said… Passes away at 65!
Thats all I wanted to say
hope you can fix it
just, i wanna the people knows the right date
It is not about the year more or less… Got me?
Thank you so much
loved the article!! 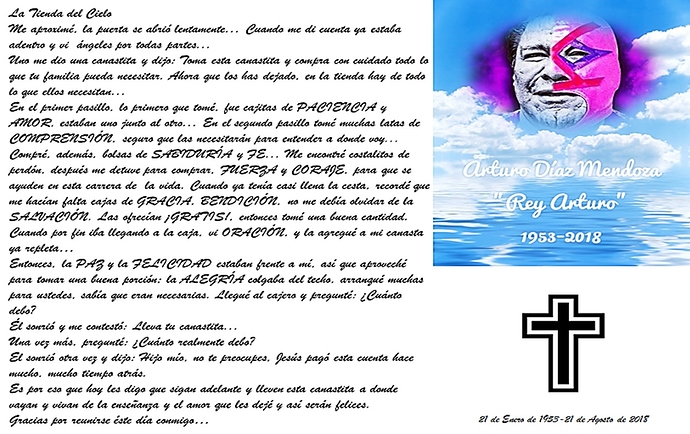 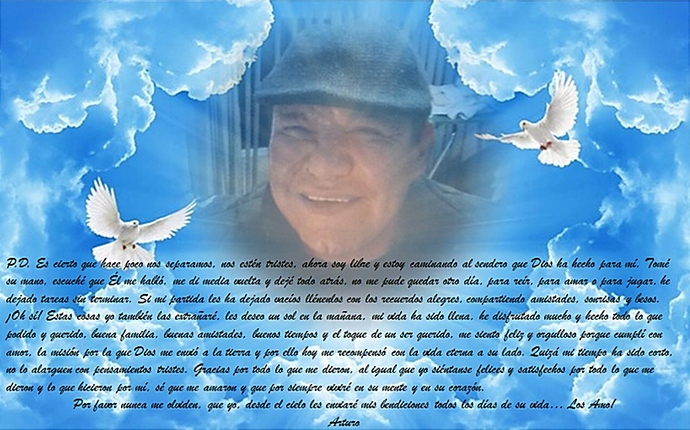