Joining them for the debut is Nate Milton from The Rocky Maivia Picture Show and The Kings of Sport to revisit WWE WrestleMania XIX.

The three travel back 17 years to 2003 and discuss Steve Austin’s last match against The Rock, the serious injuries Kurt Angle had leading into his match against Brock Lesnar, the controversial promos by Triple H towards Booker T and everything else in between.

Find BTWA each month by subscribing to the ‘British Wrestling Experience’ wherever you download your podcasts.

Great episode! I was waiting for your guys reaction to that Booker T/HHH match. Hated the finish when I watched it live 17 years ago and I still hate it now.

One thing. When you guys were talking about the WWE Draft and the reactions of Lance Storm being either traded or separated from his ‘Un Americans’ partner, Christian. It was actually ‘WWE SmackDown: Shut Your Mouth’ which came out on Halloween 2002. That game (funny enough) had HHH on the front cover, with Booker T, Jericho, Angle and Brock flanked behind. 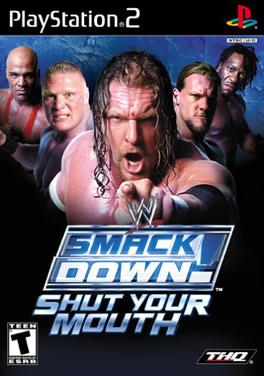 Hey it took me a while to get around to this one but I’m glad I did. Really enjoyed the back and forth between the three of you. Looking forward to future episodes