Thoughts on the custom title belts we’ve seen in wrestling? As an edgy teen I loved the orange strapped FTW Title that Taz had. 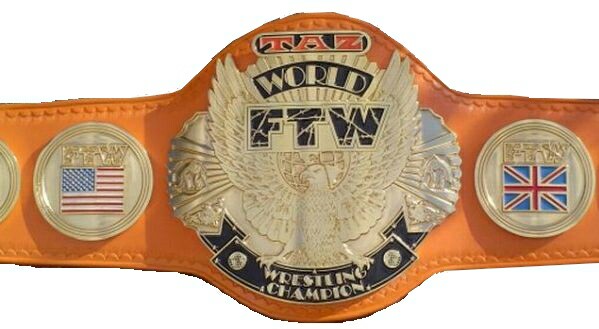 Didn’t care for the “Smoking Skull” besides the snakeskin backing and the “Brahma Bull” was better left unused.

In my younger years I dreamed of purchasing a wrestling title but nowadays I just yearn to win a fantasy football belt I had made a few years ago: 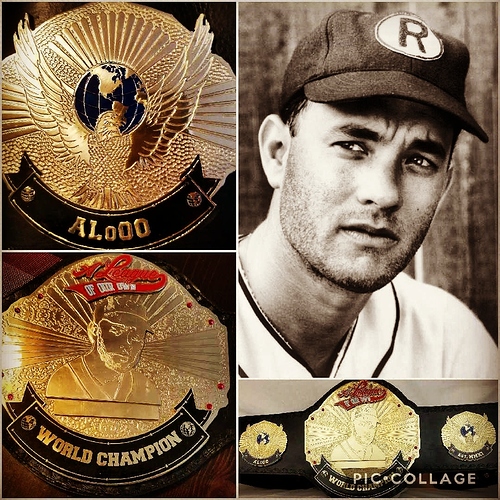 It cost a small fortune to have it made but I’m in love.

In terms of custom belts, not many have won me over in fact I feel many look awful. Jay Briscoe’s ROH title, Jeff Hardy’s TNA title and the infamous spinner belt that somehow just became the title. But I was a fan of the Warrior’s white Winged eagle belt, not sure if that counts as a custom belt thought.

I wouldn’t count Warrior’s, but that belt is gorgeous. I think the problem with custom belts is that to make it match that person it takes away from the makings of a good belt. Usually the main plate has their logo or is in the shape of their logo, which I’ve never seen look good.

The only custom belt I liked was the larger WWF Championship belt that was made in case Andre defeated Hogan at WM 3. That little touch and psychology made the build up to that match just a little more exciting.