What did you think of Beach Break?

Double Double+ patrons, join us for our LIVE POST Show on Zoom at postwrestlingcafe.com

Unbelievable show tonight. Loved the tag team battle royale, just like the one from last year in Atlanta. The womens match was stellar and I’m so excited for that 16 women eliminator tournament. The main event was one of my favourite 6 man tags I can remember, so much fast paced action and the ending with KENTA appearing on dynamite standing tall was just spectacular to see. Really intriguing seeing all these doors opening up for movement between promotions. 9/10 episode. With Cody’s big tag match happening on the go home show to revolution, where do you see him fitting in on the card for revolution?

Tony Khan must love to shift the balance of power in wrestling. It’s the 2nd time in 2 months that he’s done it. A dynamic show from start to finish. Instantly moves into the top tier of Dynamite episodes in their history.

With Edge appearing on NXT, it felt like Dynamite needed an equally viral moment to leave a massive impression: & in walked KENTA. Following the breakdown of the women’s tournament involving a Japanese bracket, & wrestlers from Impact, NWA, & New Japan all featuring on tonights broadcast, AEW has become an unprecedented collaborative pillar for the business we all love.

Loved the rest of the show too. The Good Brothers sold like hell for Fenix, MJF teasing a hostile takeover of the Inner Circle, & I always enjoy someone popping out of a cake. All that was missing was Orange Cassidy telling Miro to “put that beef away” to bring things full circle.

Loved the show, the women’s match was great and I’m very excited for some of the entrants in the upcoming tournament, including VENY, Maki Itoh and Mei Suruga. The wrestling wedding was great silly fun, and I loved how Rusev was so suspicious of any hijinx – but not suspicious enough. I felt the main event really delivered on the star power they had on hand, and I loved how it all broke down at the end. Hollered for KENTA, I expected the feud to maybe just be a bottle program they taped all at once but it feels like New Japan is going out of their way to make the match feel like a special event. And it made Dynamite feel like an electric, must-see program. 9 glasses of champagne out of 10.

About halfway through the show, I thought that the most surprising thing about it was going to be that the wedding segment was not as bad as I thought it would be. (Still the low point but I had braced myself for much worse.)

The show had all sorts of awesome moments in this show even before THAT ENDING. Britt vs Rosa was possibly the best women’s match Dynamite has had and the upcoming tournament looks exciting. I trust AEW to put together some good video packages to introduce the Japanese wrestlers to an American audience.

The main event was jaw-dropping. After this and their title match at Triplemania, I’d love to see Fenix challenge Kenny for the AEW championship.

But yeah… the “forbidden door” has been opened and for the first time, traffic is going in both directions. Congratulations to Tony Khan for making my head spin yet again.

Jade Cargill looks fantastic. That short vignette did more for her character then her last few appearances and I’m digging the logo.

AEW has been really good in the introduction vignette department. They introduced Wardlow the same way last year that short video made him look like something special. Now if they can just do a real dark and disturbing one for Abadon I’ll be happy.

2020 was a pretty terrible year for the wrestling industry all things considered, so personally I think it’s great that there is exciting stuff like Mox/KENTA happening to get people buzzing about the product, whichever promotion you follow. I hope there’s more to come! 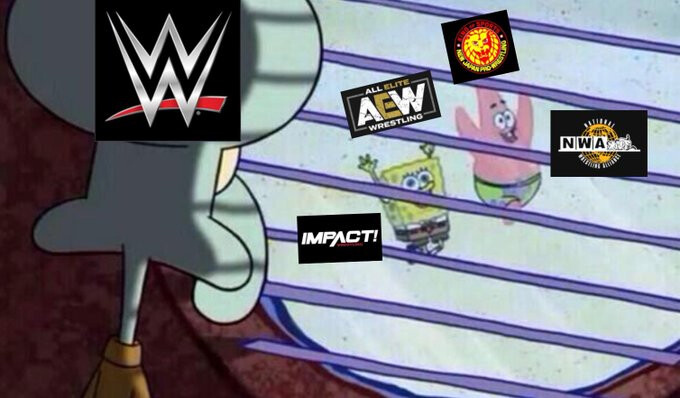