This Tuesday, I’ll be joined by special guest host @JonPine to review our first ever GCW show on Rewind-A-Wai, “Run Rickey Run” from February 15th, 2020 headlined by Nick Gage vs. Rickey Shane Page. If you have seen the event or wish to leave any general comments about the promotion or feud, leave your feedback below. 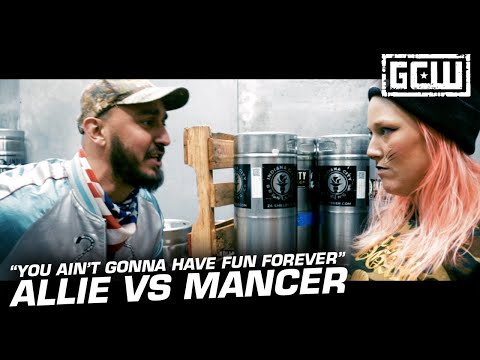 I attended this show live. My second trip to Atlantic City for a GCW show after seeing Josh Barnett’s Bloodsport 2 a few months prior, and maybe my second-to-last show before the pandemic. I’m not a big death match fan, and I opted to leave my third row seat and just watch the show standing by the hard cam when light tubes began to be introduced, but I can’t question the fans’ investment in the main event and the passion for Gage and Page. Before Matt Cardona came into the picture, I mainly paid attention to GCW for the rising stars on the undercard, of which this show had plenty, along with the likes of Dickinson and Deppen, who are now ROH regulars. Also fun getting to see the likes of Effy and Allie Kat (now Allie Katch) becoming regulars. That’s what provided me the most fun for this card. Deppen vs. Effy may have been my favorite match here. I was ecstatic over the surprise cameos of Jungle Boy and Marko Stunt, even though the match they promoted never happened.

FYI, one of the wrestlers in the six-way, Johnathan Wolf, had some allegations leveled at him months later during #SpeakingOut and in turn hasn’t wrestled since March of last year.