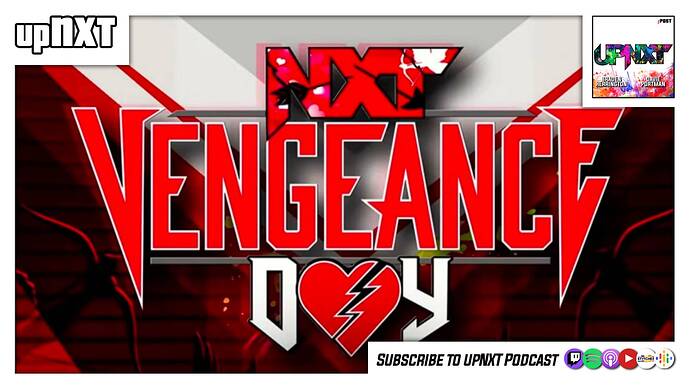 Braden and I will be going LIVE on Twitch at 10:15ET with tonight’s episode of upNXT talking all about tonight’s event, Cody Rhodes, Steve Austin and more!

Solo Sikoa cut a strong promo. I know all eyes are on Gunther but I wouldn’t sleep on Solo being involved in the NXT Title picture. He’s a natural on the mic and the obvious six-man tag is just waiting. That shit is going to be a hit if it happens.

Good show overall but I didn’t find anything particularly great. Breakker seemed to be getting a fair share of boo’s after he won, I wonder if the crowd is souring on just how hard he’s being pushed. Carmelo and Grimes was fun, Dunne gunning for the North American title is a great program. WALTER and Solo should be a hard hitting match but I need WALTER vs. either of the Creeds at some point. I’m finally glad Io found someone she likes, I wonder if Zoey might interfere against Io and KLR out of jealousy. I don’t know who should win the Ladies Dusty Cup but Raquel and Cora winning would be underwhelming. Raquel doesn’t need a second win, and using this tournament to put over Cora sounds unnecessary. Lastly, Duke Hudson is an absolute creep.