Leave your feedback here for Spider-Man: Far From Home, our final MCU review for the foreseeable future.

As Spider-Man, a beloved superhero, Peter Parker faces four destructive elemental monsters while on holiday in Europe. Soon, he receives help from Mysterio, a fellow hero with mysterious origins. 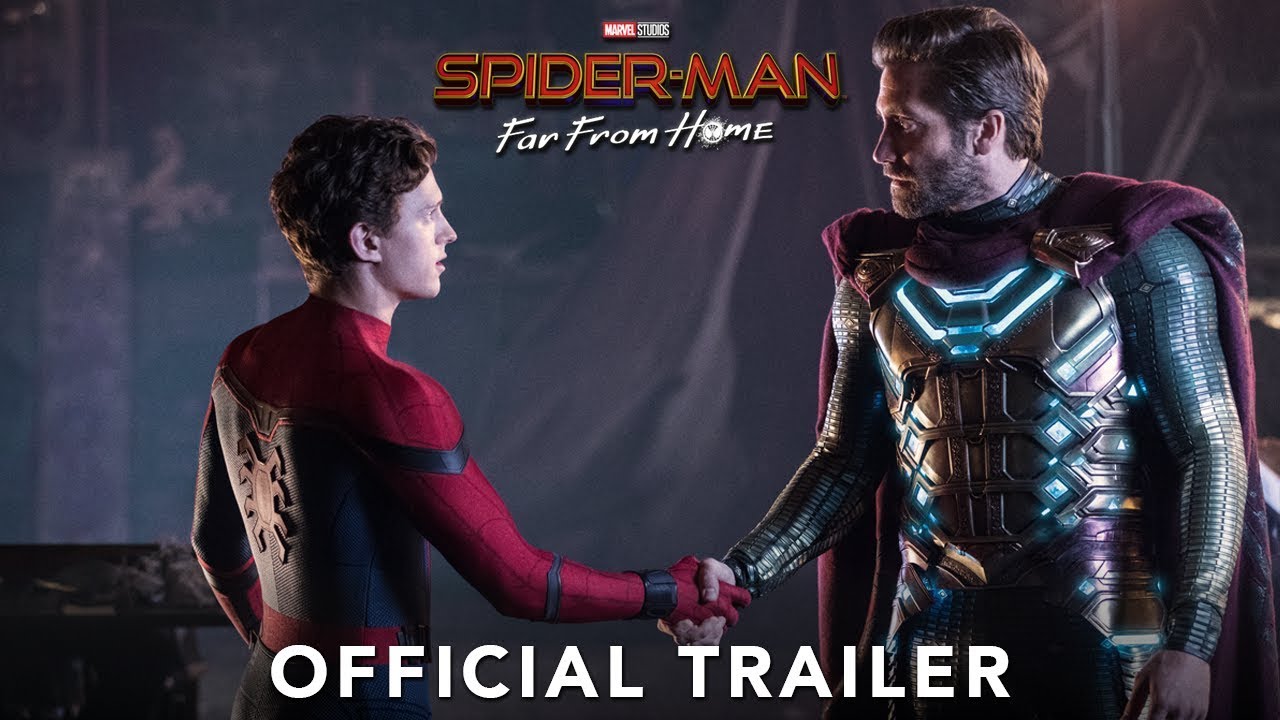 Tune in Tuesday for a full review, a special t-shirt reveal, and the announcement of our next POST Movie Review series.

I really like this movie. I don’t think it gets the credit it deserves. After the events of infinity war, it was always going to be difficult to continue, but this movie manages to keep it flowing, address the previous events, but not let it overwhelm the film or dictate the storyline too much. It’s also a good way to explain why peter is now a reluctant superhero.

I’ve really enjoyed these reviews from start to finish. I’ve rewatched along and took a lot from it, previously when I watched Standalone movies like ant-man or doctor strange, all I was looking for was avengers references or parts of the overall storyline, but the rewatch helped me appreciate these films a lot more, and the analysis after was very helpful for putting the pieces together.

Look forward to seeing what you have planned.

For me, it’s not as great as “Homecoming” but still well-acted by Tom Holland and company. Too often “Far From Home” feels swamped by its own CGI induced spectacle and its persistence on providing comic relief, both of which left me tired. However, it remains another enjoyable enough MCU entry, with Gyllenhaal’s Mysterio serving as a particular highlight, to which I didn’t want to see him go yet. I know a lot of people didn’t like the roman created between Peter and MJ , but I disagree, it’s well built because it doesn’t take a lot of screen time. It’s realistic because of how awkward it was but in a good way. Overall, I enjoyed “Far from Home” when I watched this with a bunch of my buddies at opening night.

SEVEN Infinity Stones out of TEN.

John and Wai, thank you both for going out of your way to putting these reviews. Your standpoints helped me have some better understanding and appreciation for these films. A proud Cafe member because of these reviews. For the last time, Excelsior!

I loved Homecoming, but I was disappointed with Far From Home. As a huge fan of Sam Raimi’s Spider-Man 2, I thought the bar was set pretty high for this sequel.

First of all, I hated how they treated the supporting cast. Everybody outside of Peter, Mysterio, and Happy to small degree, was there for comedic purposes. MJ, Aunt May, and Ned did nothing to contribute to Peter’s growth. In most other Spider-Man movies, shows, or comics, his friends and family play a huge part in his growth. I always felt that Spider-Man had the most well known supporting cast in superhero lore, yet you wouldn’t think so after watching this movie.

Second of all, I wish Peter stuck to the original suit Stark gave him. One of the big critiques out of Homecoming was Spider-Man relying too much on Stark tech. Well, there Peter was, relying on a big Stark machine to create his suit.

Lastly, I hope they find a clever way to get the spotlight off Peter and the world knowing he’s Spider-Man. I know they’re grooming this reincarnation to be the next Ironman, but he shouldn’t be exactly like him. It works that the world knows that Tony Stark is Ironman, because he’s rich and famous without the suit. While Spider-Man himself is famous, he’s essentially an average joe. I don’t feel there’s much of an appeal behind people knowing who’s behind the mask.

Great job on all the reviews guys! I enjoyed every single one

I LOVED the first Spiderman sequel, but was really dissapointed by this one.

I felt it really lacked the emotional depth of the first, and it was also extremely slow. There were quite a few times when I was really bored – I felt there wasn’t enough going on with the characters to keep us emotionally invested.

I went to see this the first weekend based on my love of the first one, and left dissapointed. The movie was really made by the return of J.K. Simmons and the excitement of what that would mean for the next movie. But it also pointed out how low – and uninteresting – the stakes were on this one…