This event was selected by Espresso Executive Producer Joshua Martin.

The entire event is available free through IMPACT’s YouTube channel.

Any questions/feedback for Rewind-A-Wai can be posted below. The show will be released on Tuesday, June 28 for all Patrons. 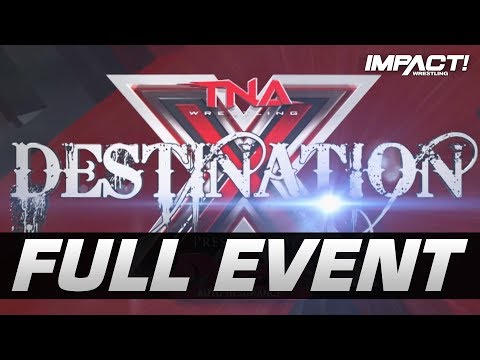 Destination X was a good show during a time when TNA’s television and PPVs couldn’t miss and had me thinking this company finally got its act together. The story of Bobby Roode’s heel turn was a sight; they made that dopey finish from the first BFG Series have meaning. On the flip side, the elevation of Austin Aries was just as good. From a year ago, he was competing for a contract and winning the X-Division to going for the world title. He was hot, and they pulled the trigger at the right time. While the Claire Lynch story with AJ was silly, it did allow Christopher Daniels and Kazarian to find themselves as characters. The last man standing match was fantastic, and I ranked Daniels/Styles high on the wrestlers with undeniable chemistry list. I only wished the company stayed this way; it would have been great with three strong wrestling promotions running smoothing currently.

Thanks for your hard work, John and Wai; take care and be safe.