Ello, ello, ello! Davie Portman here requesting all of your feedback for tonight’s editions of NXT, Mae Young Classic and 205 Live. We also would love to hear your thoughts on NXT UK and the new Halloween movie if you have seen it!

NXT
Aliyah is a heel now? Last time I remember seeing her she was a happy young girl with cat ears. Also didn’t expect that Johnny Wrestling was the attacker of Alister Black.

205 Live
Wow 205 Live reached 100 episodes. Great to see Mike Kanellis get a win after everything that happened last year, here’s hoping he can turn this into a great opportunity. Ali vs Itami was good for a falls count anywhere match, shame the crowd didn’t sound all that into it.

Davie, as a Britt who do you feel about NXT UK? Is it a good thing for the overall UK & Europe scene?

MYC
Enjoyed the change this year of weekly episodes, not only makes for easier viewing schedule but also allows the viewer to digest everything that’s happened.

Shirai vs Ripley, again a great match. Part of me think this semi-final was suppose to be " Shira vs Nox" before Tegan’s injury, either way at only 22 years old Rhea Ripley has a very bright future.

Thanks for the content, my brothers. Your Halloween review was excellent, and everything you do is entertaining.

The stiff Japanese style in the MYC semi-finals cannot be replicated on Vince’s roster (RAW and Smackdown). (For example, the much appreciated NXT iron-woman match has never been followed up on Raw or Smackdown when Bayley and Sasha got called up.)

Is Storm cleared to work this Sunday? Last I heard she had a back injury (remember the UK show was taped a long time ago.) If she’s healthy then I anticipate that she and Io can have the match of the night at Evolution, if Vince will allow them.

I loved this episode, especially the ending, very well executed by everyone involved. I know most of you don’t like Nikki but I love her character. Maybe because I’m used to work with children with learning difficulties. Aaliyah still doesn’t do it for me, she was better as a singer. Really happy to see Mia Yim on NXT.

I enjoyed Toni vs Meito but I still prefer Meito’s match vs Mercedes. The whole presentation was really nice with Kairi and Paul Levesque. It was emotional. Kairi and Io together in a WWE ring was really special. Michael Cole was better on this episode but he has a tendency to see meteoras everywhere.
I thought for one moment that Io was wearing Tye Dillinger kneepads but it was just her name.
Finally, I would have preferred not to be spoiled by WWE for the finals. Io and Toni were both in the promo package for Evolution all week long.

Carlos from sunny Scotland…
NXT:
Enjoyed the shotgun match and promos to begin, EC3 and Cole are just great on the mic and the match was fun. Really dug the hype building promos that aired and im liking the KO heel run. But oh NXT do it again and just when you think we are getting a 4 way for the title and have it revealed Tommy Champion is the attacker…amazing ending.

MYC:
Great 2 matches and the storm match was the match of the tournament so far. Thought the Rhea match was a classic big vs. small but was interesting to see how much stock they put in her beating down Io so much. I’m still sad that the two biggest names are in the final instead of having a smaller name vs. bigger name.

Question:
Do you see WarGames being 4 vs 4 now Fish is back or 2v2v2 adding in WM and BSS with a triple threat for the main title and a Cole v Ricochet? Cheers guys, hope you have given my halloween film picks i sent to davie
a try

Toni and Meiko wrestled eachother at Pro Wrestling Eve a month or so ago. Well worth checking out. 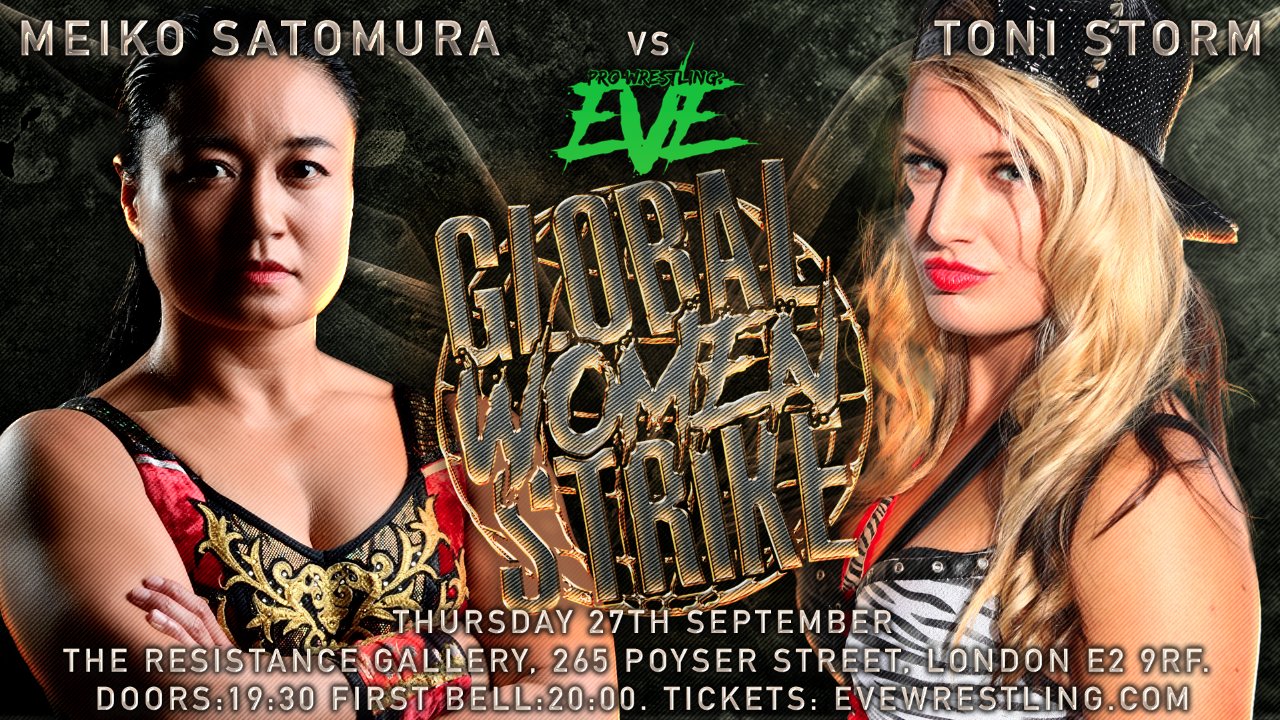 Shout out to NXT for making evolution feel important. The two matches promoted by them and MYC are my only real interest in the matches.
I can’t wait for Matt riddle vs Ohno, but I can’t help but want Ohno to win. He’s been out here weekly destroying fools and Matt riddle hasn’t been seen. It would give ohno a real threat level to put riddle in his place early, but I know that’s not the nxt formula. What do you guys think ?