Allo, allo, allo! Davie Portman here reqursting all of your feedback for Pokémon: The First Movie (1998). There are many, many Pokémon films out there, this is the Mew vs Mewtwo one.

We would like to hear your thoughts on this movie, the tv show, the trading cards, GameBoy games etc etc. How did you first get into Pokémon? Are you still a fan? Which Pokémon did you first pick up from Professor Oak? We want to know everything!

First time, long time, there’s three movies I vividly remember going to see as a child.
Those movies are The Mighy Morphin Power Rangers movie, The Phantom Menace, and Pokemon: The Movie.
Weirdly enough they’ve all been ones you guys have reviewed.

The one thing that always stuck out to me as kid and even now as a bigger kid is how dark Mewtwo’s origin is.
One could only hope that they eventually remake this movie with a plot similar to Kill Bill in which Mewtwo tracks down the scientists who made him leading to a culmination with Blane, the leader of the gym on Cinabar Island where HE WAS CREATED!

Love you guys and can’t wair for BOTH of you to come down to Chicago for Survivor Series.
Hooorrrrayyyy!

I have been playing pokemon for over 20 years. I like the many aspects of the games (hunting shinies, building competitive teams, breeding…) It’s a never ending quest. The anime is not as good as the manga or the games but Team Rocket has to be the best stable just ever.

I have watched the first four movies. I really love the third one. This one was a meh for me especially when you know what they are able to do story wise in the manga or in pokemon black/white. The story was too simple, no real plot and Ash is the most hateable character ever. Everyone should have jumped for joy when he died.

Pokemon has depth when the characters are reflecting on the conditions of the creatures and why they are used the way they are. They could have done this way more with Mewtwo but they didn’t. Kids would have enjoyed a clever story too.

at 51 I will be skipping this one. After my time I am sure my sons watched this at some point

I have been a big fan of the Pokemon franchise since it made it’s way to North America in 1998. I was 8 years old at the time and was all in on the Pokemon fever.

I started with the anime and toys, then moved on to collecting and playing the trading card game and eventually convinced my parent’s to buy me the old Gameboy colour. I became obsessed with Pokemon Red, Silver and Sapphire. First starter Pokemon I picked was Charmander (cliche, I know!)

The games are where my fandom has continued until this day. I got back into the franchise about 10 years ago when I bought a DS and have played most of the games that came out since then. The games provide a pretty simple and straight forward formula that hasn’t changed much since it’s debut. Very easy to play and still very enjoyable.

As for the movie itself, I remember watching this when it came out in 1999. The theater was giving out free holographic Mew or Mewtoo pokemon cards for every kid that showed up on opening day. Wish I had kept the card…

I am not going to watch it again since I remember it being kind of a crappy movie. Just wanted to leave my thoughts on the franchise as a whole.

Keep up the great work boys! All the best!!!

PS, Davie buy a DS and jump back on the bandwagon.

Pokemon is one of, if not the best video game franchise ever. And this is coming from someone with the Triforce tattooed on his hand. I was a huge fan of Pokemon when I was a kid. During the big Pokemania boom in the late 90s, I was into the anime, the cards and the games. I spent years as what’s known in the community as a “Genwunner”, where the best games were Red and Blue and I only counted the original 151 Pokemon. After starting to collect video games in 2013, I ended up with all the Pokemon games, so I decided to play them, one generation after the other. I became hooked all over again.

Pokemon has so much depth to it, just with the games alone. There’s the main games, which are straight forward, but then there’s details on specific Pokemon. Many of them are not just based on particular plants and animals, but concepts of life and death, truth vs ideals, and Alchemy. My favourite Pokemon is Shedinja, which is basically a left over husk of it’s pre-evolution that was possessed and became a ghost. The line of Nincada, Ninjask and Shedinja are based on the life span of real life cicada bugs. Nincada has two evolutions, the speedy Bug/Flying type Ninjask, and if you have an extra slot in your party and a pokeball in your bag, you get Shedinja. Ninjask is the adult cicada bug, and Shedinja is the left over husk. It has 1 hit point and is only damaged by Super Effective moves. The competitive Pokemon scene is something to behold. The website Smogon has tiered Pokemon from the general Overused tier, to a tier with all of the crazy strong Pokemon, to a tier with the worst Pokemon in the game. They also have yearly seasons of the Video Game Championships, which takes a lot of planning and strategy in their doubles format. Then, you have one of the crazier concepts, being Shiny Hunting. In the games prior to Generation 6, 1 out of every 8192 Pokemon had a chance to have a different colour and be a “shiny” pokemon, and people spend hours, months, days and years shiny hunting particular Pokemon.

So, this is definitely the longest feedback I’ve ever left. Pokemon is 10 out of 10. I’ll leave some extra links but I highly suggest both of you guys play some Pokemon games. They are coming out with Generation 8 this fall.

https://bulbapedia.bulbagarden.net/wiki/Main_Page - The Pokemon Wikipedia page, Bulbapedia for all your Pokemon knowledge

https://www.smogon.com/ - A hub for competitive Pokemon with the Smogon rulesets, with detailed strategies on most of the 800 plus Pokemon.Tiers are Uber,Overused (OU), Underused (UU), Rarelyused (RU), Neverused (NU), and PU (because they stink). They also have the Untiered ZU tier for Pokemon who can’t even cut it in PU.

https://pokemonshowdown.com/ - A Pokemon battle simulator, which is played with Smogon Rules but you can also play under the rules of the types of battles played on the 3DS. There are also different generations to compete in, including Gen 1.

There are also many Poketubers on Youtube, but in particular, my favourite is False Swipe Gaming. He also does a few things with Smash Bros, but I wanted to give him some love as well. 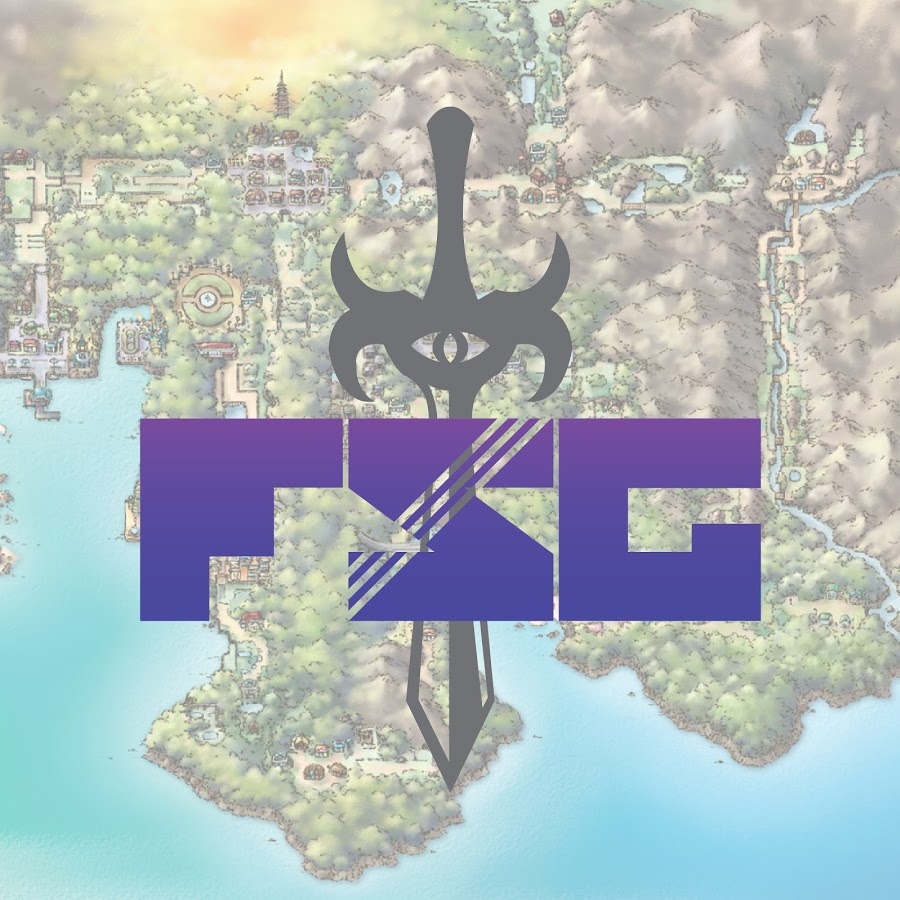 Ok I like your style. We speak the same language.

I use smogon, bulbapedia but also serebii. That’s the perfect combo.

Ari from montreal
Man i still remember going to the theater to see this epic movie. Still remember getting a free card if you went to the movies (pretty sure it was a machamp). Things frim the movies i remember is finally knowing wtf happened when ash went to get that gym badge and well mewtwo escaping. Also pikachu facing pikachu is still something tht doesnt leave a dry eye in house.
Ps i have also procured takeover tickets…however sry Davey im bringing my tottenham fan older brother to meet you guys should be interesting #Coys and hes also excited to roll one with you Braden ahaha

Like many in my generation Pokemon was a big thing with my friends at school. I remember the anime would air on tv before school, and both the Trading Cards and the Gameboy games (Red & Blue) were already released. And I remember that my family hired if on VHS from the local Video Store.

Without repeating everything that has been said above, the scene with all the Pokemon crying and Ash “dead” always got me as a kid.

Yes Gold and Silver also bring a lot of new mechanics like breeding and they have the 1/63 shiny rate thanks to red gyarados.

I remember having over 600 pokemon cards but never actually playing the game.
And being jealous of my friend’s Charizard.

Pokemon yellow- Picakhu was under-powered and I hated he wouldn’t evolve.
I estimate I played over 2000 hours playing the different gameboy games.

Valuable life lessons learned:
You need patience to build up skills in order to master a task.
Do not forget to save your work.

Movie: I remember getting a card(possibly Mew) with my ticket to the movie.

Sidenote:I only watch Takeovers and War Raiders were my MVPs of the last two shows. Make a Dream match vs Sky Pirates happen.

I don’t want to bore you with my obsession with pokemon which includes 3 consoles, 20 odd games, more than a few thousand hours collectively logged in across all games. So I thought I’ll try to make this more topical

THIS IS OBLIGATORY READING FOR DAVIE AND BRADEN

There’s surprisingly a fair bit of crossover between Pokemon and Pro-wrestling and I’m surprised it’s not been bought up in previous comments. I’ll try to make it as exhaustive as I can, but I’m sure I’ll miss a few things.

Some lesser known references to pro-wrestling are

I hope you guys enjoy this thread. It took me a bit to type it out but I had a blast going back and checking out all these cross promotional aspects between my two favorite hobbies/past times.

Wow do you contribute to bulbapedia or something ?

Not really lol! I knew most of the facts about pro wrestling, except for the Chuck -Macho Man stuff, I just did a quick search on bulbapedia and that fact popped out at me. It kinda comes with the territory of trading pokemon on online forums. I’m building an event pokemon collection and just doing research about availability and legitimacy of certain events, expands knowledge.

Real quick … someone said in the comments to davie to buy a ds and jump back in the bandwagon plz do not ! Go for the Nintendo switch as Pokémon sword and shield (Gen 8) is coming this fall !

Real quick I like how the Pokemon tv show sun n moon ( Gen 7 )bring my family together ! My 1 and a half year boy and my two daughter who are 3 and 11 or even my wife , we always have to watch Pokémon every Saturday !

Also the Pokémon tcg is the same thing I play with my wife and 11 yrs old daughter , we also took some cards we had two times to create a little memory game for my daughter who is 3 with all the Pokémon she likes …

Ok i guess I love Pokémon !

About the movie , I really liked it . I think smith did a good job acting ! Quick question davie like you know a little bit about the acting world … did the main character had to do all is scene by him self when he was filming beside Pikachu or Ryan Reynolds was there delivering the lines …how does it works ?
Because it most be hard as shit acting alone in front of mister mime or Pikachu ect …

Thank you for all the good shows !