Next Tuesday, we will release Rewind-A-Wai #62 covering WrestleMania 31 from March 2015 at Levi’s Stadium in Santa Clara, California.

This show was selected by Espresso Executive Producer @davidporges.

Leave us any feedback and questions related to this show and we will take them at the end of the show. 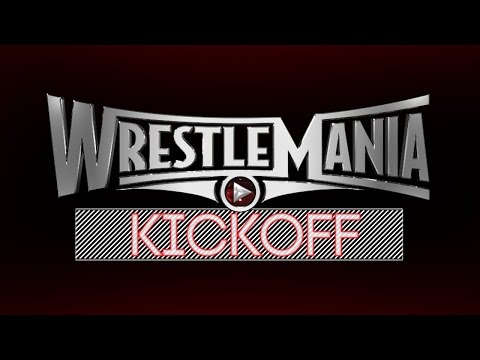 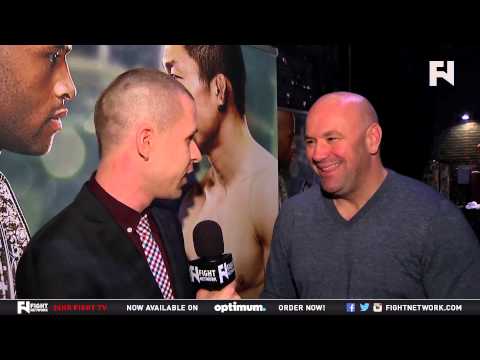 Chris Thunder from Down Under.

As far as the recent era WrestleMania’s go this is one of the better ones, and the first for the WWE Network in Australian. We had started receiving the network the previous August.

The problem with an outdoor West Coast WrestleMania is that dark & other worldly entrances look like trash. Sting, Terminator Triple H, Bray Waytt, and The Undertaker all coming out in mid to late afternoon daylight. It was still daylight at the start of the Main Event.

From WrestleMania 27 (Atlanta) until 31 (Santa Clara) Daniel Bryan had championship match for a different championship.

How did they not pull the trigger on Rusev, into a main eventer seemed his entrance had the crowd dubbed over for no pop for the tank?

” I think will be remember for Vince still being bitter about WCW, an amazing RKO, & a cash in so great everyone now forgets about Dolph’s

Question:
We’re now 5 years on and have seen multiple part-time reigns from both Brock Lesnar, Triple H & Goldberg, do you think these were for the better of the company trying to hold on to their US audience & Network Subs?

There are only a few things that stand out from this mania and I don’t know if this is a good or bad thing.

A very memorable and unique RKO

And the awful booking of Triple H winning against Sting for some bizarre reason.

Being a huge WCW fan during the ‘war’, when that NWO music hit and the crowd roared it gave me chills.
Even though I knew it was the clique pretending to be enemies, it was cool to make believe it was real for a few mins and see Hollywood Hogan in action, not the terrible Hollywood Hulk Hogan version.
I was squirming a little bit watching these older versions try and do moves at a dinosaur pace, but cool nonetheless.
Alas my joy wouldn’t last long when Triple H got the pin, I mean talk about deflating. I felt it was the year 2000 all over again where Hunter wins AGAIN…SMH.

I have always been a fan of the Mania’s on the west coast like this where it stays brighter for longer.
Would be very cool and unique to watch the main event and have the show end when its still bright!

Other than those few moments, very forgettable show.

This is the last palatable WM just by virtue of the length. This is an okay show that loses it’s luster on re-watch. The biggest instances are in the Sting match, cuz your brain realizes how dumb the feud, the Kilq fighting themselves, and Triple H winning was. And then Rusev and Lana are just a beacon of mishandling talent.

Luckily the main event was great and over-delivered even before the cash in. I had heard the idea of Seth cashing in after the match, but props to WWE for doing it in a way no one saw coming. Incredible moment

Alex from Minneapolis
I remember this show so clearly as it being the last Mania that went 4 hours and where the main event didn’t suffer from a tired crowd sitting on their hands. The Sting vs hhh match was what it was and one that if you were there live you probably thought was excellent but watching back is ruined for you when you listen to JBL’s commentary. The Spanish commentators mentioning Sting’s TNA past was quite amusing as nobody found out about it until months later.

The build of Rusev is what got me to order WWE Network, I was impressed with how he performed, I’m a big John Cena fan and the match they had the month before at Fastlane is what got me to order the network. Overall I enjoyed this Wrestlemania and if you guys didn’t mention it in your review Dean Ambrose said as long as he was in the building he would make sure Seth Rollins never successfully cashed in. So it was great booking for Ambrose to get stretchered out and Rollins take advantage of it.

This WrestleMania holds fond memories for me as it was the first and only Mania I’ve attended in person. Growing up in a small town in the UK, I’d always dreamed I’d go to a Mania one day. Having broken up with my girlfriend of the 6 years the year before, this was a post relationship treat to myself.

I made the most of it taking it all of the activities Mania weekend entails; Mick Foley’s One Man Show, Hall of Fame, Axcess. A highlight for me was being at the NXT show on the Friday night which was the first show the yellow brand held outside of Florida. I was lucky enough to get a floor seat for and despite the card running until almost 1am it didn’t disappoint. Charlotte Vs Sasha Banks being the one of the standout matches of the weekend for me.

The Mania day experience itself was everything I’d hoped for and more. I stayed in a hotel a 15 minute walk from stadium so I decided to head up a little early to soak up the atmosphere and drinks some beers in the parking lot. One biggest concerns I had was how sunny and hot it was going to be throughout the day, and how little to no shady spots for fair-skinned person like me to avoid getting sunburnt. Luckily there was this was a massive parklot sign on grass embankment between the two lots which provided me with what I was looking for. I ended up stashing my leftover beers inside of the sign and retrieved them several degrees warmer after the show. Once in the stadium I lucked out again with my seats being in the shady section.

The show itself was awesome as a live experience. The one forgotten element from this time was how over Damien MIZ-Dow was, with his long awaited turn on the Miz in the battle royal being the highlight of the pre-show. The IC Ladder Match was a good stunt show with the right person winning. The RKO spot blew everybody’s mind in the stadium. The Sting Vs HHH was nonsensical nostalgia at its best. The pop for the nWo’s entrance was insane, however Sting losing in his first match in a WWE is still one of worst booking decisions of the past decade.

One disappointing consequence of the US title match and Rusev’s character anti-American character was the xenophobia it generated in the people around me. With two young German fans being heckled and told to go home by two middle aged white-guys. Luckily the German guys took it all in their stride.

I’d be a miss if I didn’t mention The Rock and Ronda segment going a bit long for many but getting to see The Rock live was cool nonetheless.

The main event was the match of the night and had that big fight feel despite the terrible belt tug-of-war on the final Raw before Mania. The anti Roman Reigns sentiment had hit a fever pitch over the weekend, with him being booed out of the building when he appeared on the screen during the Hall of Fame. The cash in angle to cap off the match brought the house down and closed off an incredible night.

I stuck around in the stadium for a good while after the show had finished and made my way down to ringside to soak it all in. Looking back I can say this was one of happiest days of my life. I don’t think I’ll attend another Mania as it will never capture the feeling I had that evening.

I love this wrestlemania, it was the last one that ended on a point of excitement and the trigger was pulled on Rollins at the right time. I was so into this, that, whilst seeking further wrestlemania coverage, I discovered the LAW and heard John and Wai for the first time. Been listening ever since.

With Sting being on this show, what are you guys expecting from this “Lost Tape” special on the network this Sunday?