Leave your feedback below and tune into Rewind-A-Raw at 11 p.m. ET. 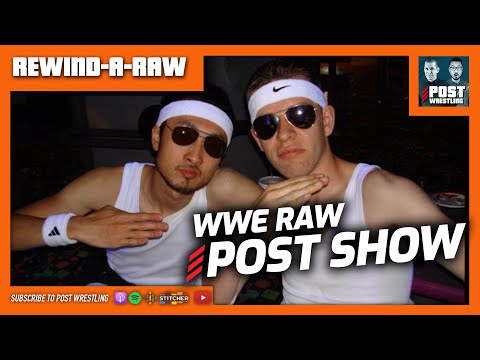 The Dexter Lumis and Mix thing ain’t doin’ it for me, though Johnny Wrestling doing a spoof of Dark Side of the Ring and 60 Minutes was watchable.

The more I see Uncle Howdy, the less I trust it’s going to be any good. I was really hoping Bray Wyatt’s return had more to do with the ARG leading up to it. Like, Mr. Robot or something that was a more expanded dive into online storytelling without more Disassociative Identifying and Multiple Personality ga-ga characters. The lower quality Primus (Wynonna’s Big Brown Beaver) costume ain’t doin’ much for me.

Anyway, they made me care about Brock vs. Lashley.

Roman’s great, just so compelling these days. Even his walk out of the ring was a better promo than most cut with a microphone… While he was leaving.

This Raw was a lot better than the last 2 weeks… but definitely had its weaknesses.

Was a fan of the Brock / Lashley and the Theory / Rollins match.

Again, The Miz / Lumis / Gargano stuff was the worst of the show…

If the Rhea problem solver is being saved for Crown Jewel I feel like its a mistake as the reaction will be very tame if any reaction… should have happened tonight.

Again a returning / repackaged star coming back and eating a loss… at least it was with a distraction? not sure but feels like it puts them down a peg.

Was waiting for them to have Miz do something since he brought Logan in and they did. Roman could have only cut the promo he cut while walking up the ramp and it would have been enough. Spectacular stuff from Roman.

I guess it is a noteable that Bliss came out without the doll… lets see how long that lasts.

Do you guys think the advertising of Bray being at Crown jewel will boost interest and have more people tune in?

and also question for Wai, if that’s okay, What are your thoughts on the uncle howdy earing, matching the one Bo Dallas wears, coincidence or will they do something with Bo Dallas?

RE Nate/Jake: Jake should be the favorite but might might not be a huge one on betting books due to stories of how Nate did well as a sparring partner of Andre Ward (retired undefeated), albeit it years ago.