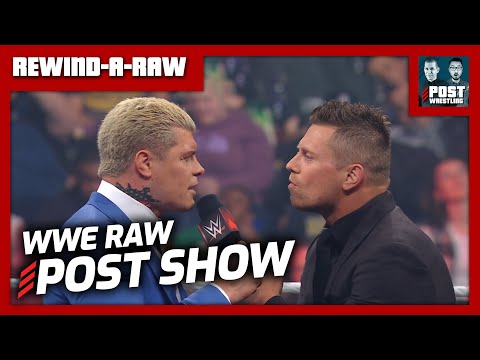 Cody was known in AEW for using “insider” terms like saying that he would “never turn heel.” That being said, if you would’ve told me that ten days into the Cody run in WWE, he would be having interview segments with the Miz arguing about titles vs. belts, I’d be dumbfounded.

Tuned in live for the first time to see Nate live, you’re both killing it as always!

Not much to note except that Cody’s entrance is infinitely better now. Sad to see the codyvator go, but his entrance last week was comical. The smoke effect on this one is cool, and I like how he pops into existence with the pyro. He needed to keep an entrance that makes him feel like a big star and this works well.