What did you think of tonight’s Raw?

I was incredibly impressed with Drew McIntyre’s promo. The guy has really become an excellent performer in all facets of the game. Saying Cedric Alexander shocked the world last week is like saying the Los Angeles Rams shocked the New England Patriots in the Super Bowl. I am officially nominating Mike and Maria for worst angle of the year. I’m not saying they will be victorious, but it’s always nice to be nominated. I attended Extreme Rules and I thoroughly enjoyed it, however these TV’s tend to be lacking. Some good stuff, some bad stuff and a cool spot from Bray Wyatt. 5.5.

Your winner in less than a minute, Paul from NJ.

Haven’t watched in a long time, but was hoping for an interesting main event. That did not happen as all of the interesting options got eliminated early on, and the crowd was basically dead from the women’s match on.

The Fiend debut was great, but whatever they did with Hirooki Joe-to and Finn before was stupid and pointless. Both of these men lost last night. Granted half of the main event had lost their last match too so I guess it doesn’t matter.

Raw was weird tonight. This comes up constantly when matches like these occur, but I hate when they have losers from the pay per view, or just recent television be in contention for one of the top titles. The match name was just a long run on sentence, you’d see something like that in the feedback for Rewind a Raw.I’ll try to be positive tonight. I like the use of the Street Profits. It seems like they don’t have anything for them, but it looks like WWE is just trying to establish their personalities and their promo style with talking about what is happening on Raw. They don’t even have to sound like brooding 15 year olds. I like the Viking Raiders in squash matches, I like WWE establishing the Club as a unit with a competitive match against Lucha House Party. Generally, the show was ok, but pretty much of a 5 out of 10 show. I will say though, if that women’s 4 way match went any longer, I’d be ready to retire from my job.

From my perspective being from Dublin,
When Becky was chasing the title and feuding with Rousey she was doing some great work on the mic. Now that she’s champ, the schtick has gotten a little tiresome.
The whole stuff with Rollins was god awful, but I am intrigued with this Natalya angle how they go, it has potential.

Had high hopes they would go with a fresh storyline to challenge Brock, like Randy Orton. He was looking so good in the match, getting a great reaction, and the history of their previous Summerlam match with the blood, could have been played up really well.
Alas we go back to the same old Rollins.
Rollins does nothing for me, sure he’s a good wrestler, but he has no charisma or believability to be the top guy imo.

Looking forward to next weeks Raw with all the legends, hope its better than Raw 25!

For a 3 hour show, I felt this dragged so much, especially during that 4 way which felt like an hour on it’s own. After all the wrestling you guys have watched this weekend, for your own sake I was hoping for an amazing show. Such a shame

After a pretty decent Extreme Rules where we we’re blessed with the return of Alister Black’s squeaky ramp entrance, I was optimistic that Raw would be a decent show. It wasn’t. There were some okay segments, and Bray’s return was awesome, but it just seems like business as usual again.

Here’s a question, what happened to Robert Roode’s amazing mustache? As quick as it came into our lives it was gone. I mourn for it.

Started good but then died something fierce. The Joe vs Balor match made no sense. Natty winning really killed any buzz because no one cares about her and she’s a terrible actress.

Not hyped for Summerslam - we already saw Rollins vs Lesnar at Mania. Does anyone care about Natty? I hate that they are shoving her at us just because Summerslam is in Canada.

I’m back been awhile since we have spoke, I know some have missed me and some didn’t but hey it be what it be. Heavy is the head who wears the crown but nobody want da smoke from da Calico Kid nah mean shiiiiiit. Anywho raw, like a roller coaster it had a lot of ups and downs from Paul Heyman giving a pep talk to the roster in da back with his zoot suit to that marathon women’s greatest battle royal it was tolerable. Onward and upward to the road to summerslam

-John your tag partner who shall not be named called you a hype beast how do you feel about that? Are you guy both trendy with the threads? What are your fav kicks or loafers for 2019

-bigger one hit wonder Chumbawumba or the 2019 Toronto Raptors 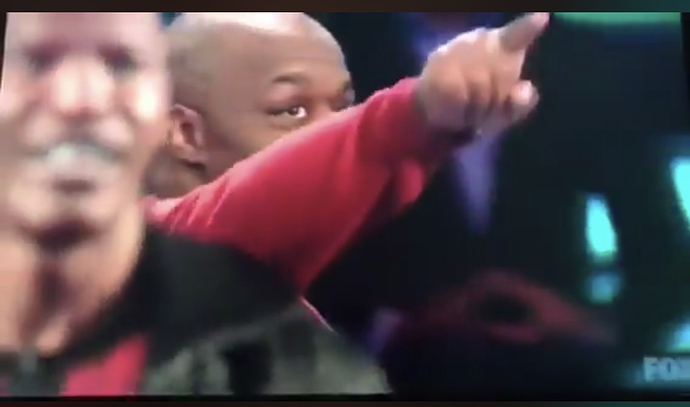 Raw fucking sucked tonight. After all the great wrestling this weekend, Raw was just terrible

I now officially hate 2/3 fall matches. Why do they not play around with the gimmick by having the match end at two falls. I don’t understand the logic of Finn vs Joe, if Finn is going on a hiatus. Why not have him lose and then have Bray attack him. Seeing Bray was pretty cool. The Mike and Maria angle is my pick for the worst angle of the year. The Woman’s match was so long, I may have reached a resting heart rate of 50.

Drake Maverick and R truth was fun and probably my high point of the show.

2/10 show for me. Haven’t caught up with night 4 of the G1, but apparently Chris Charlton being off of the Commentary is a call by TV Asahi and not by NJPW. I really like Chris in that 3 man booth with Kelly and Romero. Did you guys hear anything about this

Justin from Baltimore but in Miami

I have a question for both of you. Do you guys remember when you talked about those chicken sandwiches a while back? Can you tell me where you got them and can you describe them sandwich again?

Thanks guys, much appreciated

I’m very over Rollins. I was impressed by the way they debuted Bray, and not surprised by the lack of originality in his first feud being exactly where he left off with Demon Balor. Natty showed some fire. Raw was eh.