What did you think of SmackDown? Leave your comments and questions about the show or any of the news today.

What a night for Champions and championships. R-Truth winning the United States Titoe was fun, unexpected and a consolation for being taken out of the rumble. Totally fine with the storytelling. Daniel Bryan’s character work has been nothing short of spectacular. It’s only logical that this character would have a hemp belt (hopefully smokable)

Lastly, I have to give a big shout out to the Arizona crowd for these last few shows. So many times a crowd can be obnoxious trying to get itself over, but I have found them witty. Credit where credit is due, the WWE did a very good job these last four days.

Daniel Bryan is everything I want him to be. I’m loving the pairing with Rowen, I’m loving his promos, and I freaking LOVE the new belt. Made out of hemp, wood, and crystals, as a hippie myself, I’m in tears over here. If the WWE offers it for sale, I will buy a belt for the first time ever in my life.

Also, Erik Rowens shirt last night was of the legendary Frank Zappa, not Charles Manson. Just wanted to point that out.

I’m looking forward to the Elimination Chamber WWE title match. And Bryan’s work has been excellent. But it’s kinda weird in 2019 that we’re supposed to boo a guy who is wearing a shirt that says No Violence, No Homophobia, No Racism etc.

The Becky - Charlotte stuff was executed well but ultimately I think the match should be just Lynch vs. Rousey so I can’t get completely into it even though both are doing great work.

The Mandy Rose and Naomi stuff continues to be incredibly cringe.

I can’t completely hate R-Truth winning the title, I’ve been a fan of him since his K-Kwik days, but I don’t think this is going to turn into a very eventful storyline.

Rusev and Nakamura seemingly forming some sort of partnership makes no sense. In the past 3 years Nakamura managed to go from one of my favourite wrestlers to someone whose matches I’m willing to take a bathroom break during.

Joe got bars! SD probably has the 4 best talkers in WWE right now, and it goes a long a way in helping the show flow.
Bryatt Family, Straight Veg Society, whatever you wanna call it, this Bryan run is golden and the eco friendly title is great. Show wasn’t great, but they’re building Elimination Chamber up decently. And hopefully they can pivot Charlotte out of the Mania match, I’d much rather just see her and Asuka again.

With the news of Ambrose being on the way out, it’s sad to see where the shield ended up. Maybe him, Seth, and Roman can have a nice moment in the ring at Mania or the night after.

This SmackDown was up and down for me tonight. Bryan finally made good on this promise of a new WWE Championship which I honestly think looks better than the Universal Championship.

Becky-Charlotte continues to be one of the best rivalries from the past 5 years. Their chemistry with each other is perfect. I have a feeling they are going to make it a Triple Threat match at Wrestlemania which could enhance the match. But that makes me wonder where that leaves Asuka for Wrestlemania who wasn’t even seen on SmackDown tonight. Maybe a Asuka vs Nikki Cross match at Mania for the SmackDown Women’s Championship???

And finally I’m kind of hot and miss on this promise they made of them putting more emphasis on the tag team divisions this year. Granted I think that the Uso’s Vs Miz/Shane at Elimination Chamber can be a possible show stealing match it makes me wonder what’s happen to Sanity, you want to talk about under utilized tag teams, Sanity has to be one of the biggest NXT call ups so far. Do you guys see them (Sanity) ever getting to the upper Tag Team ranks and possibly winning the Titles possibly sometime this year??

Mj Wai Ting for you in New York

Quick hits:
Becky is going to be removed from the match due to injury and then get cleared a few weeks before once Ronda Charlotte gets made

The titles chosen should never be defended heading to mania. Brock and Ronda should now be cemented as champions for their challengers.

Swagger and Truth vs Rusev Nakamura - book it!

Double Shot:
That Defy appearance looked incredible on BTE. Like when your favorite musician shows up at the bar you’re at and jams with the house band.

Jericho posted a NJPW picture saying he’ll be back. Nick Jackson posted a NJPW pic. What’s the chances they worked something out to be on the New Beginnings USA shows given the talent issues.

Could the visa issues be a concern for the Garden show? Knowing my government there is no guarantee this thing is solved by then.

Marty Scurll “all my friends are dead” has been very funny on social media.

I want more and more of these documentaries WWE does. Just release so much behind the scenes footage. We know it exists and I enjoy it more than anything on the network not called NXT

Decent show all around. It is pretty crazy seeing the comparison between the Smackdown and Raw tag divisions, even with the new comedy addition of Heavy Machinery. Everyone seems so established while everyone on Raw is a comedy undercard wrestler. The new Daniel Bryan title is a nice touch, but if you guys ever heard of Nintendo Labo, that’s what this belt reminds me of. The show is still a B-show after Monday and how Bryan is just a weak loser who Seth Rollins should face instead of the mighty Brock Lesnar, but you take what you can get. I also do like how they did the title switch, as it looked like a blown referee call but also looked like Nakamura’s shoulders were down when the three count took place. I bet Nakamura wishes he had Red Shoes around, as he may have had an easier time with using blatant heel tactics and not getting himself disqualified. 6 pieces of hemp out of 10.

Joey from Geelong Australia
That was a strange two hours of wrestling what a mess bookended by the shining lights Becky Lynch and Daniel Bryan that new championship is fantistic I love it.
everything else on the show made me question why I was watching this while it was 37 Celsius here in Geelong 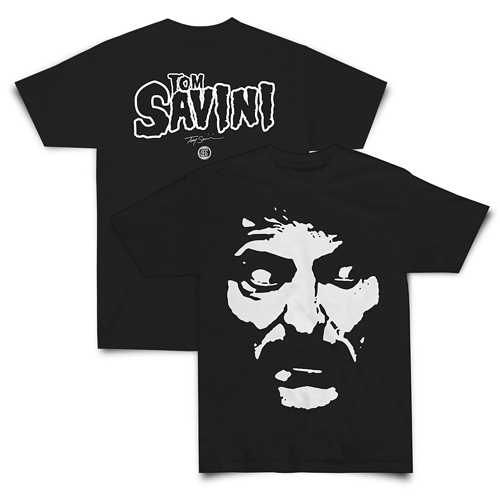 Tom has designed several masks for WWE in the past (including one for Rowan, I believe).