Leave us your feedback for Rewind-A-SmackDown tonight at 11 p.m. ET.

LIVE for all patrons: 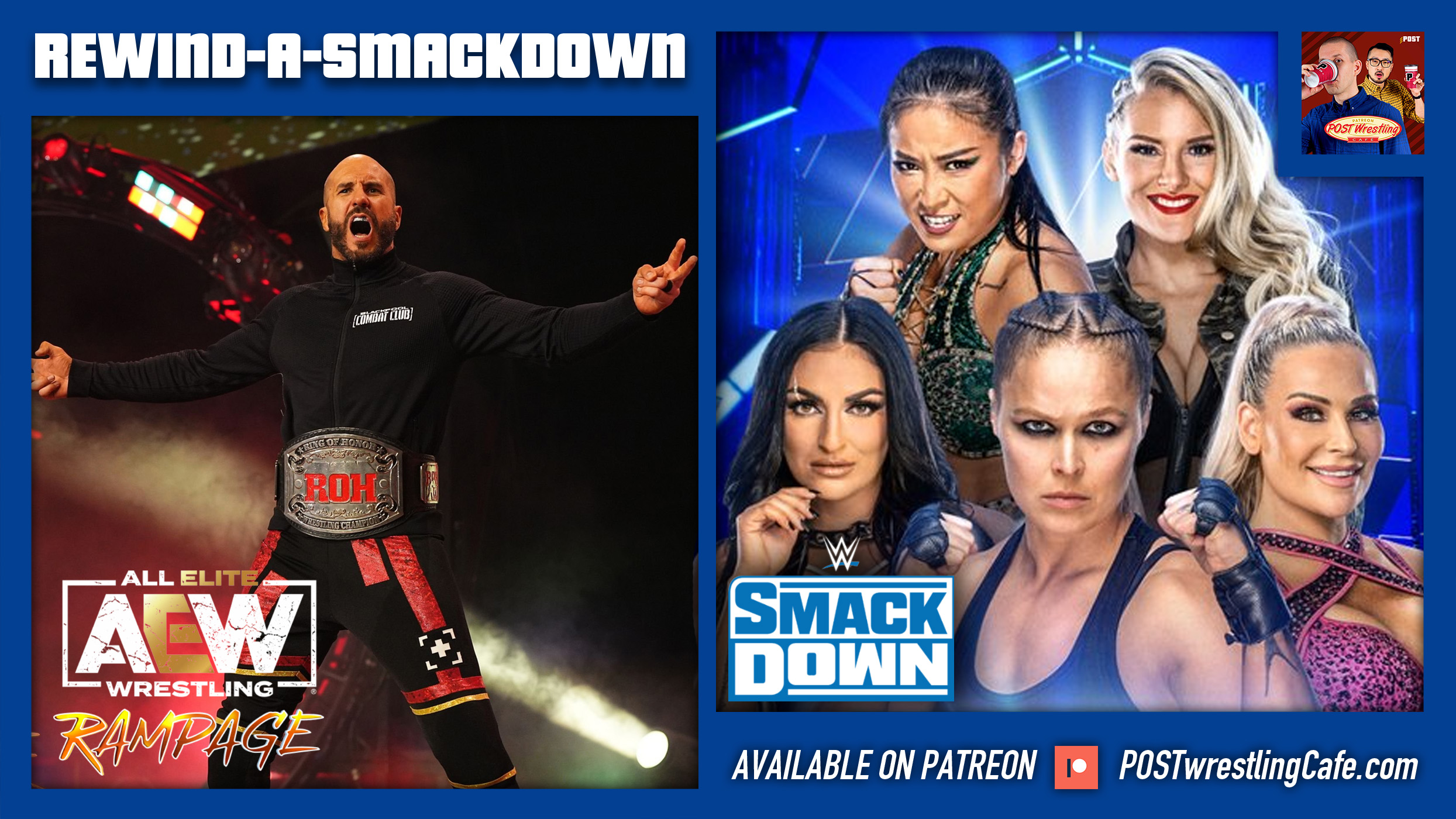 All UFC Feedback::::::
Craziness of the last two days with UFC was close to topping the craziness from AEW. Khamzat was supposedly seen drinking and eating last night yet gets no fine and gets a 5 round fight.

Something was in the water in Vegas because we got a lot of weight misses and near misses with even a fight changing weight last minute (135 to 140). Even got a heavyweight to miss weight.

I did enjoy the intro to Solo. He’s still very green and you can tell by the way he waits for the next sequence instead of flowing with Drew. I did enjoy the ending Graves says “[Drew’s] world is fading to black” while the TV screen goes black while still hearing Cole and Graves

I’m happy Joe is back. I loved Samoa Joe’s promo… But, I really wish we could see him have some better match-ups.

Miro, I don’t understand what they’re doing with him. He’s idling too much, and it’s a pattern with a lot of talent. So, many thoroughbred studs and not enough races.

Deeb vs. Rayne, no build, no promos or context. And they deserve more.

On AEW’s podcast, Claudio suggested having Deeb in BCC, and that seems awesome. A lot of the factions are sausage parties.

the WWE crowds are starting to sound like NXT Takeover crowds.

the WWE crowds are starting to sound like NXT Takeover crowds.

They have literally only had 2 good crowds lately. Clash at the Castle and Smackdown tonight, where they are usually pretty hot in Seattle. Other shows, they have reacted to the big stars and not much more.

Lets not get crazy here. NXT Takeovers always had superhot crowds that reacted to everything.

Opted to write in rather than call, as it’s late and my voice is a little rough.

Was this your first time attending AEW live? You drew a heck of a week with those three big Dynamite matches, tonight’s Rampage main event, and general announcements. I enjoyed the Car Cast, and all of your coverage this past week. I was a bit of a maniac last weekend, catching all three wrestling shows live.

I hope Malakai Black is doing well, he’s a tremendous talent who never got a fair shake in WWE nor AEW. Now that the House of Black is without their leader, maybe Miro can take charge of them, and reshape them as his Redeem Team.