For Rewind-A-Wai #72, we are reviewing the WWE Survivor Series 2002 as selected by Espresso Executive Producer @BrentyTenty.

This show will be released on Tuesday, October 13th for all members of the POST Wrestling Café.

Leave us your feedback to the show with any questions related to the event and we will get to them at the end of the show. 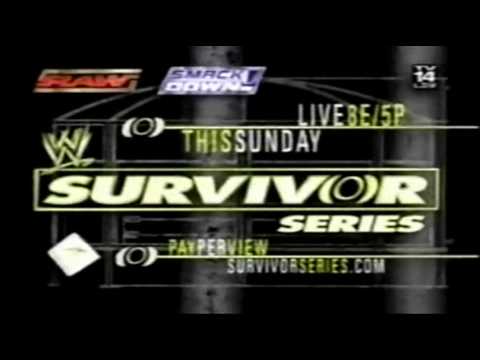 Hope you guys like the choice! For those wondering this selection does involve me selling a steer as well. Looking forward to hearing feedback!

I havent had a chance to go back and watch this, but I’m definitely going to for that Tag Title match. All those guys were killing it at this time and its such a shame what the tag division has become what it is now.

I remember being really excited for the Elimination Chamber. After 5 years of the regular cage and the Hell in a Cell, it was nice to have a new structure. It’s now been 18 years and actual yearly PPV’s being named after the Chamber & HIAC and there’s been nothing new, with the exception of the Punjabi Prison. Do you think its time to build a new cage structure and create a new match type? Hell, bringing back WCW stuff seems all the rage these days, bring back the Triple Cage even. I think we need something fresh now.

Alex From Minneapolis
I remember this show having bought the DVD of this show years after it happened. The 3 way tag had the unenviable task of following the classic No Mercy 2002 Tag Match And unfortunately couldn’t live up to the ridiculous high expectations it was given. Steiner’s “Give me the fucking mic” moment is a hidden gem that while edited off the dvd and network still lives on twitter and Reddit.

You lads first reviewed this show in November of 2010. I wonder if now, as ten years ago:

(Sorry, there weren’t a lot of gems from this old review. I don’t think Review-A-Wai had hit its golden period yet.)