On Rewind-A-Wai #81, we will be reviewing WrestleMania VI from the SkyDome in Toronto.

This was selected by Espresso Executive Producer @Cesar1276.

The show will be released on Tuesday, March 2 for all members of the POST Wrestling Café.

Leave any questions, feedback, or memories of the show from 1990 below in the thread. 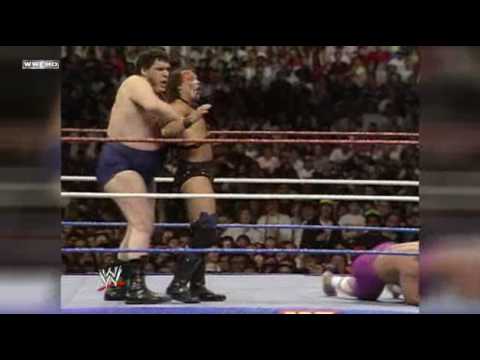 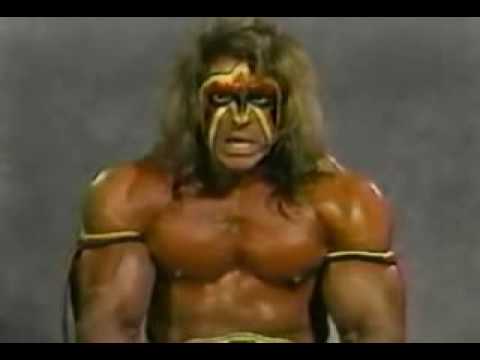 This show is my earliest memory of wrestling, and the first PPV I ever watched. I remember being at a family event and someone put this on, and I was just mesmerized by Hulk Hogan & The Ultimate Warrior. I’m sure many fans will shit on this match for lack of “workrate”, but to a 7 year old kid in 1990, these two figures were larger then life and felt like mega stars. I don’t really remember the rest of the card too well, but I will never forget the feeling I had during that match. It was such a cool time to be a wrestling fan as a kid, even trickling into school where kids were divided between Hogan and Warrior, I still remember the school hallways filled with Hogan and Warrior backpacks at the time. With the exception of the explosion in 1998, this was easily the era of wrestling that felt the biggest.

I also want to add, one thing that newer fans who are going back to watch these shows will never feel, is that during this time period there were not TV matches every single week between the stars, so seeing two major stars face off felt like a huge deal. Warrior and Hogan at this point didn’t have 15 mixed tags on Raw prior to this show. They faced off in the Royal Rumble, then this. Bottom line, at the time it felt special which just doesn’t translate if you didn’t follow the product at the time.

8/10 purely based on nostalgia and personal bias.

Last year I had a lot of free time on my hands so I decided to watch all of the WrestleMania’s I haven’t seen before, starting with WrestleMania I. My biggest takeaway for VI came from the main event where Hulk Hogan lost at WrestleMania for the first time (the match with Andre the Giant at WrestleMania 4 doesn’t count). I didn’t grow up watching wrestling so Hulkamania never appealed to me, but seeing Hogan booked so strongly in the prior Manias made me want to see him lose so badly. Similarly I didn’t grow up watching Ultimate Warrior matches so he never appealed to me either. While Hogan and Warrior were perhaps the two biggest names in the WWF at the time, they were far from the two best in-ring competitors on the show. Gorilla called this match “the irresistible force meeting the immovable object” and I couldn’t think of anything more appropriate. Warrior was very immovable during the match and Hogan wrestled just as good as “The Irresistible Force” Nia Jax (albeit with a better leg drop).

Besides the main event I found this show very forgettable. No must-see matches, no classic WrestleMania moments. Outside Hogan and Warrior what I remember most from this show is Mary Tyler Moore and how uninformed and disinterested she was. My first review of the show earned WrestleMania VI a 2.5/5, but after a second watch I give it a 4/10.

First time poster, long time listener. I was live at this show but despite being 19 at the time I have very few memories of it. Actually, only 2 memories. I remember, before they went live, the announcer asking us to be really loud to show the world how happy Canada was to be hosting Wrestlemania. And I remember the Hogan - Warrior match.

I don’t think it can be over-stated how huge that match was to me. A face versus a face. Title versus title. I had never seen anything like that before. The match didn’t disappoint me then but I look back now and realize how much the quality of wrestling has gone up.

I have zero memories of any other match (which probably says something about the quality of the rest of the show) so I look forward to your review. Maybe you can shake some more memories loose from this now 50 year old brain.

Thank you for all you do. I am thrilled every time a new podcast is released.

Who do you prefer Gorilla and Bobby Heenan or Gorilla and Jesse Ventura? I think for me it’s the latter i thought Jesse was a tremendous colour commentator in this era off wwf.

I think for shows in this era we would be remiss if we didn’t bring back the Scott Putski award this week. Rick Rude was shredded but I think it comes down to Jimmy Snuka and Ultimate Warrior I’d be surprised if these two didn’t show up on the Toronto area control centre they were so large.

If I’m not mistaken, Cesar Sylvera’s (sp?) last choice was the Big Event, so this was a natural follow up. Congratulations to him on another great pick. He chose John & Wai’s great white whale. The one show they’ve never done: WrestleMania 6, from The 6, where they both live!

In the Roddy Piper biography/autobiography, he admits that painting himself half-black was stupid and he regrets it. It was some weird idea he had to show that he could represent white and black fans. As a kid, I didn’t see this show until a few years after it occurred, so I just thought he was doing some Braveheart tribute.

Is that a hirsute Jimmy Korderas we saw reffing a few matches?
And was Hacksaw Jim Duggan trying to play heel or was he really as stupid as Ventura suggested?

Watching Warrior v Hogan makes me wonder if wrestlers haven’t made a huge mistake. Guys do 450 splashes on to thumbtacks now and don’t get half the reaction the test of strength got on this show.

This is one of my earliest wrestling memories. Born March 28, 1983, I was only 7 years old when this came out and a ticket to Wrestlemania 6 on April 1, 1990 was the best birthday present a little Rob could hope for.

Since it was on April 1 my dad started the day by lying to me saying he had to give away our tickets to one of his friends that really needed it. I promptly went to the kitchen, sat on the floor and started crying uncontrollably. APRIL FOOLS! It was just a joke but I carry the emotional scars to this day

To the event itself everything felt HUGE! I had been to a few house shows at Maple Leaf Gardens in the late 80s but the size and scope of a sold out SKYDOME (never Rogers Centre to me) was amazing. I got a hacksaw foam 2x4 and a Hulkamania shirt that was too small for my chunky 7 year old frame. That being said I was no fan of Hulkamania.I was One Warrior Nation before that was a thing.

I don’t have a lot of recall of the show itself. I remember how loud the Bolseheviks’ singing was on the loud speakers and how great it was that Canadian Heroes the Hart Foundation got the win in such a strong and fast fashion.

I remember how blurry and ant-like everyone looked from the 500 section. I could only really make it Hogan’s bald spot and a oranger/yellow blur. But the energy was electric and I remember the incredible fireworks display for Warrior’s coronation as double champ was breathtaking.

Dad made it up for traumatizing me after the show with a steak on a Kaiser from the Dairy Freeze on St. Clair (a greasy spoon) institution. Until the birth of my son and my wedding day April 1, 1990 been one of the happiest experiences of my life.

Thanks for reviewing this and I hope others (maybe a little older than 7 year old me) share their live experiences of title vs title, champion vs champion, Wrestlemania 6 from THE SIX!