I don’t know about you, but to me this looks really distracting and creepy. 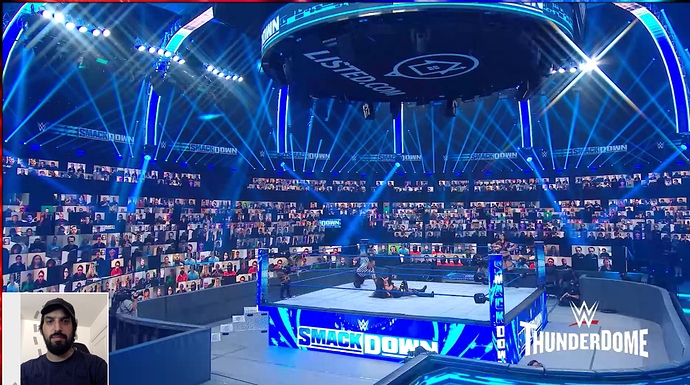 Kind of reminds me of the NBA, though it seems more in your face. I’ll reserve final judgement for tomorrow when I get to see it in action.

One thing I like better about the NBA however, is all the backgrounds appear to be the same, WWE fans backgrounds seem to all be different and it’s sticks out in a distracting way. I don’t see it as creepy though. 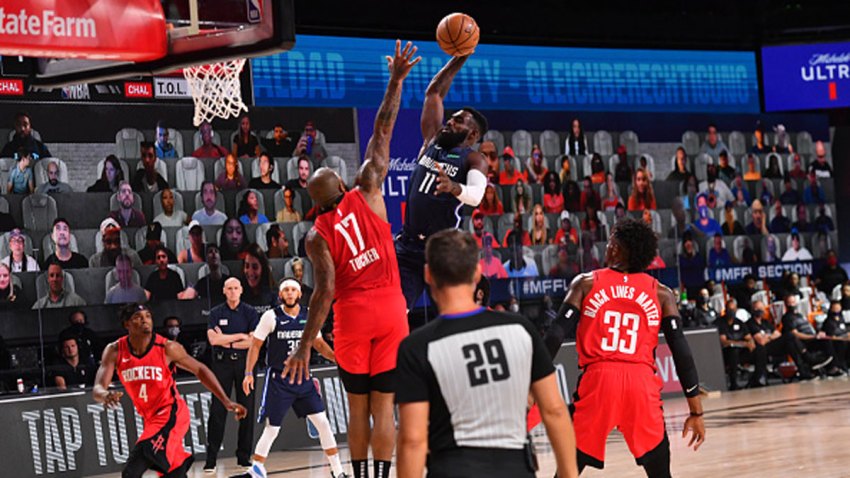 I don’t see it as creepy though.

Well, maybe it’s because I’ve watched too many horror and sci-fi movies in my lifetime. I think they should reduce the brightness/contrast of these monitors. They are just way, way too bright.

Hey, you’re not wrong, creepiness is subjective. Its not to me, but that doesn’t mean it’s it’s not to you.

Completely agree with the brightness, granted it’s one screen shot, but it does look like it needs to be toned down.

I don’t really like how the NBA does it, so this really isn’t my cup of tea.

I really like the wide shot where you can see everyone, but the way it appears in the picture I think it will be distracting from the in ring action unless they turn down the brightness

I find it creepy, especially the first picture. It does look like Mojo’s arena in the comics. 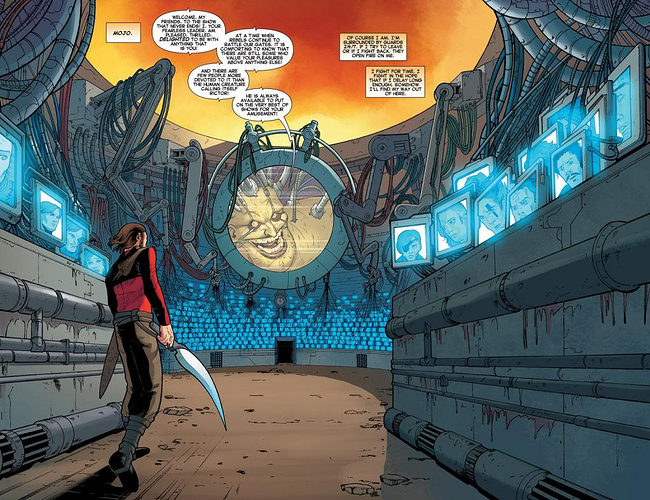 Surely we’re going to see the lights go out on Braun with a thousand Fiends appearing one by one on each screen.

Good one or they could do that with Retribution members. They are watching and suddenly, they all start putting hoods on and the wrestlers realize that they were being watched by Retribution.

This looks like a hellish nightmare. The vision of a dystopian sci-fi writer.

I hope it looks better on TV. This is SO distracting. It will take focus off the performers. No wonder it was Kevin Dunns idea. He has weird idiosyncrasies just like his boss.

Good one or they could do that with Retribution members. They are watching and suddenly, they all start putting hoods on and the wrestlers realize that they were being watched by Retribution.

This is off-topic, but I wanted shout out whatever wonderful IWC member was the first to rechristen Retribution as “Aces and 5-foot-8’s”. Amazing.

The screenshots out there look horrible and very distracting.

Well, I said I would reserve judgement until I saw it. Now that I saw it, I can officially say I hate it.

The arena is a much better setting then the performance center, but the fans facing the hard camera is brutal, so distracting. I really hope they fix this for SummerSlam and this doesnt turn into a red light 2.0.

watched smackdown its way better then the PC but it can be distracting they do cool effects when they take away the fans. i noticed multiple seats (video squares filled by exact same fan) much of there reaction was delayed or no existent ( i assume wwe wants a delay so nothing is to untoward being done by fans) there were a few black squares wonder if those were blocks. so i think fans were delayed because maybe feed was delayed as well. one thing was wiird most fans were looking of too the side and not straight on like fans cause i assume camera is right infront of them but what they are watching show on is off to the side so many fans looking away so weird see side faces

also i guess that is what is so weird is fans are so large on screen that makes it look creepy.

much better then what it was an aside from doing normal fans in building which isnt safe to do yet this is the best we may have for awhile.

I couldn’t hear the crowd reacting or chanting for the life of me. If we can’t hear them, there’s no point in doing this.

Edit : Ok so it was not just me. Nobody could hear them.

It beats what they had going on before, and the visuals are impressive. It’s the best they can do given the current situation. I still think the current WWE product isn’t engaging, but I have to give them props with trying on this.