So I’ll be traveling to Japan in May and will be at a wrestling show from the promotion Wrestle-1, has anyone heard about this promotion and whether they are all that great?

I’m aware of them but have yet to check them out. I’ve seen a couple of their roster on DDT and other shows but I can’t comment on the booking and such. It may be worth your while to check out the recent listings of the Eastern Lariat podcast to see if they’ve covered Wrestle-1 since the New Year at any point as those guys are all-in on Japanese wrestling and offer up some great recaps, reviews, opinion and historical knowledge for pretty much every promotion with any kind of presence on TV over there. The hosts, STRIGGA (of CageMatch.net) and Dylan are also very interactive on Twitter and if no one here can offer up any more information, they would be good guys to hit up; they are @STRIGGA and @DylanZeroSky on that platform.

I do kinda wanna ask why you picked Wrestle-1 over NOAH? Just because of your name.

I didn’t really pick it tbh, I found a company that books japanese sporting events (Japanball.com) and due to the fact that ill be at 4 baseball games, 1 day of sumo, 1 basketball game, and 1 soccer match, the pro wrestling show had to fit in there somewhere, and I guess Noah doesnt have a show that would work with my schedule

W-1 is Keiji Mutoh’s promotion. Formed after he left AJPW. Its a solid puroresu promotion, I don’t think you will be disappointed in a show from them as long as you aren’t expecting like NJPW ppv quality matches. Hard hitting, solid wrestling is what you can expect. Notable names: Mutoh, Kaz Hayashi, and Doi.

Have you tried using this site? It’ll show what shows are on by day and gives you the location too 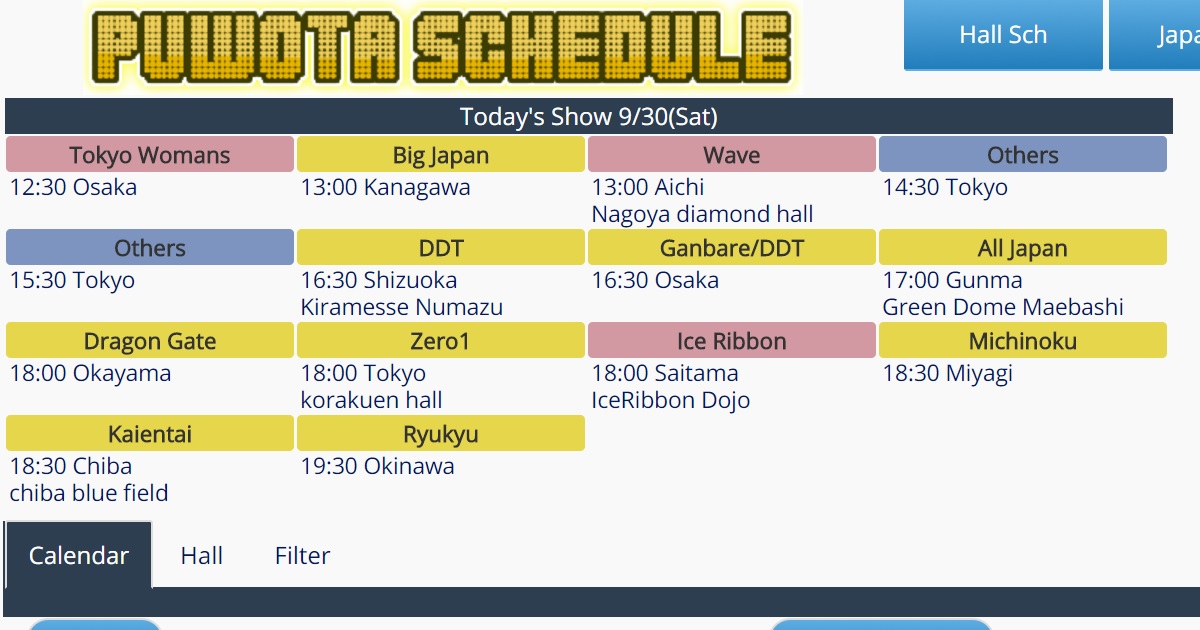