The Long & Winding Royal Road veers off the beaten track once more to spotlight one of the key members of the 90s All Japan roster, “Dangerous K” Toshiaki Kawada!

WH and Dylan look at how Kawada and Mitsuharu Misawa were intertwined from their high school days until the tail end of their respective careers. They also discuss his formative years on excursion in Texas, Calgary and Montreal before returning to Japan to apprentice under the tutelage of Genichiro Tenryu, his team and rivalry with Misawa, the dominance of The Holy Demon Army, his ascension to the ACE position of All Japan after Misawa leaves to form NOAH. It’s all covered in this comprehensive discussion.

A selection of matches cited:

Support this podcast by picking up a POST PURORESU t-shirt 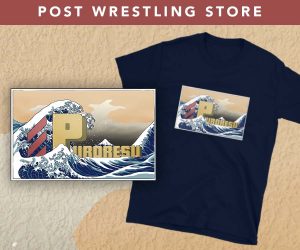