Mustafa Ali publicly announces that he has requested his release from WWE.

In 2016, Mustafa Ali, real name Adeel Alam, was brought into the WWE and has competed and/or been a part of the company’s NXT, 205 Live, SmackDown and Raw brands throughout his run. Today, Ali took to social media to announce that he is requesting his release from WWE.

In his video message, it is noted that he has a dream that is much bigger than his pro wrestling dreams and despite his efforts, he is not able to deliver that message while working for WWE.

i am requesting my release from wwe pic.twitter.com/Q1QP8SA5zV

Ali’s last TV match was on SmackDown in October. He fell in defeat to Drew McIntyre and prior to that, he lost back-to-back singles matches to former tag partner Mansoor. Ali has not been on the winning end of a TV match since July 2021.

As a part of the 2021 WWE Draft, Ali was moved to the SmackDown brand.

Can’t say I blame him. He’s definitely tried to make the most of everything given to him, and keeps finding himself in the same spot.

I can’t blame him. He’s been given a lot of crap the past couple years, and to be honest he’s done pretty a pretty good job with it. He can definitely go in the ring, he can talk, and he can act. He should definitely be in a more prominent role. Not sure if doing this publicly is his best move though.

Not sure if doing this publicly is his best move though.

What does he have to lose. They fire 20+ people at a time - so putting your name out there as somebody who wants to be let go should only be looked at positively by the organization. I mean, logically speaking.

Just the amount of time these guys waste in WWE is amazing. Ali has been there six years, I can’t tell you one amazing match or moment he’s had. The guy has barely been on TV.

Ricochet same thing. He’s been on the main roster for three years now and has been stuck at the same position or lower. Just completely pointless

Hopefully his name gets the future endeavoured soon enough. I feel with his style of wrestling he would do well with either NJPW or the Strong division in North America.

Well them not letting him go….Vince has done this historically from time to time. Someone does it publicly and Vince will say no to make a point. I’m wondering if doing it in private would have given him a better chance of getting it. Time will tell.

Sure - and if that’s the case all it will do is generate terrible PR for the company if the next time they do a round of cuts, he’s not included.

There’s no more Triple H calling up Oney Lorcan and convincing him to retract a request for release, for example.

If they are petty about it, and decide to make an example of him - it brings up a whole lot of troublesome questions the next round of cuts.

Are you seriously trying to sell me on the idea that WWE wouldn’t act petty and that bad PR scares them?

Look, I hope they give it to him. At the end of day, I just question if his methods give him the highest probability of getting what he wants. I don’t have an issue with him doing it, I just don’t know if he will get the outcome he wants.

The timing makes it a bit different. The reason and causes Ali want to speak about also change the PR calculus. I think they’ll grant the release in short order. After Q4 earnings call first week of Feb. they will avoid the PR before IMO

Agreed. Also although he’s a great wrestler he’s not exactly a needle mover. I’m not sure they view losing him as a huge loss considering he’s been sitting at home.

I think outside a few top tier talents (who aren’t walking away from millions per year) they could care less half the time.

For the record, I’m not saying “he won’t get his release”. I’m saying I’m not sure if taking it publicly increases his probability opposed to doing it privately. It seems people are under the impression that I am saying flat out “he won’t get it”.

I have heard more stories over the years of guys getting their way when they do thing privately as sometimes (not always) Vince will play hardball when it’s in the public eye.

I agree with you. I view the doing it publicly as a way to build fan support for future endeavors. In this case I think it’s the best way for him to get attention and use his voice for causes he wants to and I have no problem with that. Good for him.

Oh agreed….I have zero issue either. I just want him to get what he wants.

We’re assuming he hasn’t privately made the same request. And if that hasn’t worked, why not go public? It’s not like the company shows contracted talent that same level of consideration

Well that’s a completely different situation. If he asked privately and got turned down, 100% this is the right move.

I always thought the Ali anti-America gimmick he proposed had some potential. Apparently it got rejected and I don’t know if I’d trust WWE writers to tell a logical story with the character, but it seemed interesting- 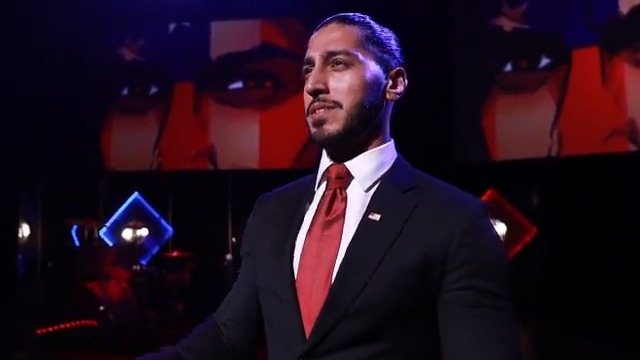 @Deascent
Could you imagine what this gimmick could’ve done not just for Ali’s career, not just for WWE, but for the business as a whole? https://t.co/BHJce1plkD