I’ve had numerous conversations regarding the origins of the Figure Four Grapevine (Leglock) with very astute wrestling people who have an excellent knowledge of the game. Just about all of them don’t believe that there is anything new under the sun and doubt that Nature Boy Buddy Rogers invented the hold.

The problem is that no one that I am aware of can produce any proof that the unique hold was used by a wrestler before the original Nature Boy. This is where wrestling memorabilia collectors like myself can be of assistance to wrestling historians who, admittedly, have a much better knowledge of wrestling history than I do.

The earliest piece of memorabilia that I own which I submit as proof that Rogers was the innovator of the Figure Four Grapevine (Leglock) is a 1954 souvenir calendar that depicts Buddy demonstrating how to apply the hold. I believe that we can safely assume that Rogers was using the hold at least a few years earlier than the date on the calendar. This leads me to believe that Buddy came up with his patented submission hold around 1950 or, possibly, sometime in the late '40s.

To my knowledge, there is no photo or drawing that depicts the Figure Four Grapevine (Leglock) earlier than the 1954 calendar pictured below. I don’t deny that I could be mistaken, but no one that I am aware of has produced any proof that someone other than Buddy Rogers was the inventor of the hold. Until that proof is provided Buddy’s claim remains valid.

Other wrestlers started using the hold in the mid-60s. Some of the better Figure Fours that I’ve seen were applied by The Destroyer (Dick Beyer) and Greg Valentine. One of the things that I noticed is that most wrestlers apply the hold the way Rogers did, i.e. crossing the victim’s right leg over his left leg. Ric Flair did it just the opposite and crossed the left leg over the right leg.

I’m wondering if this has anything to do with the wrestler being right handed or a southpaw? When I was a kid and we held our “matches” on the street it felt more comfortable and natural to cross my opponent’s right leg over the left. I’m a righty. 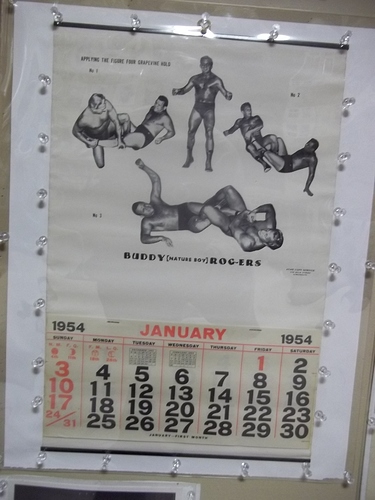 When did you start considering yourself a collector? Did you start buying stuff with the intention of saving it all or did you just realize one day that you had all this stuff and decide to add to it?

I had a collector’s mentality from a very early age. When I was ten years old I would save up my money and every two months I would buy the latest issue of Famous Monsters of Filmland magazine which cost 35 cents. I would forsake buying any baseball cards (a nickel per pack) so I would be sure to have 70 cents to buy TWO copies of FM. One copy I would put in a plastic holder and store away. The other copy my younger brother and I would read and gawk at all the cool monster masks and stuff we couldn’t afford to buy! lol

So, I guess I’ve been a collector all my life. Below is a pic of Famous Monsters of Filmland #7 of June, 1960. It’s my favorite issue mostly because it has my name in it. When you joined the “Famous Monsters Club” you were allowed to put in a free ad in the FM Club section. Not only is my name in there, but my old New Jersey Avenue, Brooklyn address is also immortalized! lol 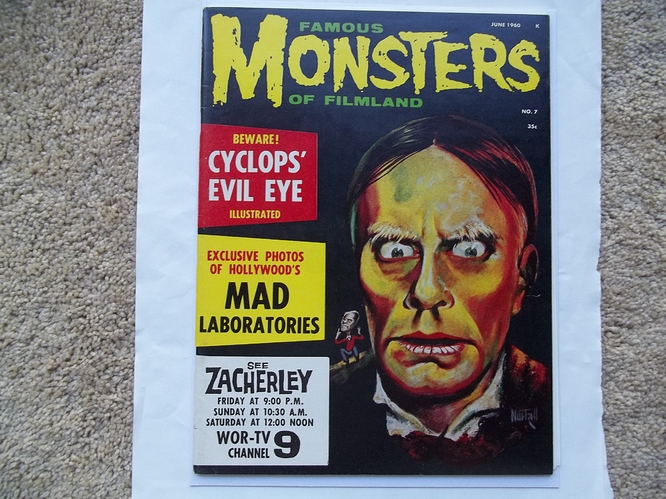 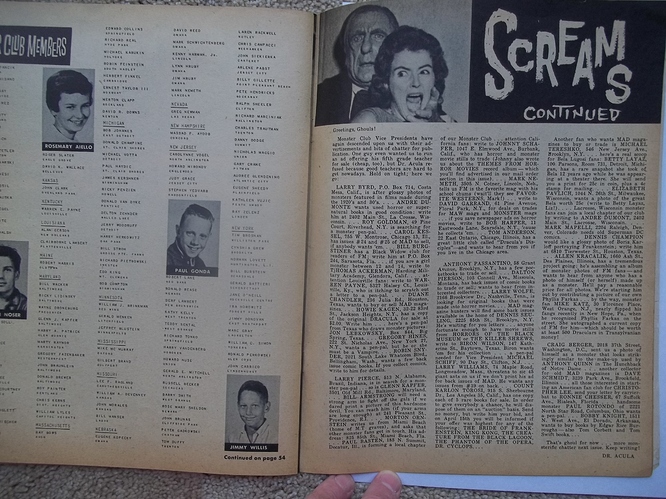 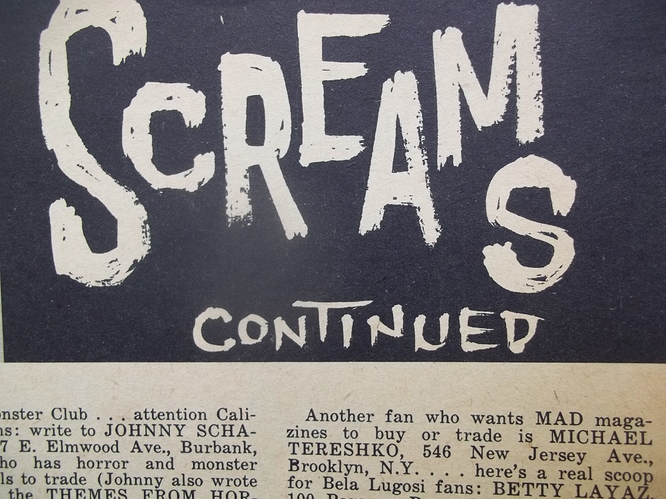 It could also be the case with Ric that perhaps he was doing the leglock that way to the effect of him putting his own unique spin of doing the move.

It could be. However, if you’ve ever put the hold on someone you’ll notice that you will automatically go to your strong side, i.e. if you’re a righty you bend your opponents right leg to form the “4” and drape your right leg over his to complete the hold. If you try it the other way you won’t have as strong a lock with your left leg since it is your weaker side.

Does anyone know if Flair is a southpaw?

Could he be doing it that way for the same reason he didn’t take flat back bumps? An effect of the plane crash?