No Tribute for the troops show this year?

They did the show but it doesn’t appear to be shown anywhere, probably part of the Saudi deal.

Not to go there, but I kinda find that symbolically funny. The tribute to troops started after 9/11 (IIRC) and some of the hijackers were Saudi. Now the Saudis are priority # 1. Although I remember Bush defending them at the time too. Not trying to get conspiratorial, I think everything I’ve said here are facts.

So this is how conspiracies start…?

The Saudis are Saudis though and Saudis were involved in 9/11 and we don’t know much about Saudis so it’s safe to assume all decisions made by every Saudi is connected in some way. Saudis are also brown and the Tribute To The Troops show is a tribute to troops that invaded brown countries and all brown countries are on one side which means all brown countries hate the WWE and are working together to take it down. Interesting that AEW is owned by a brown man as well… All a part of the plan to destroy WWE and the western world as we know it. 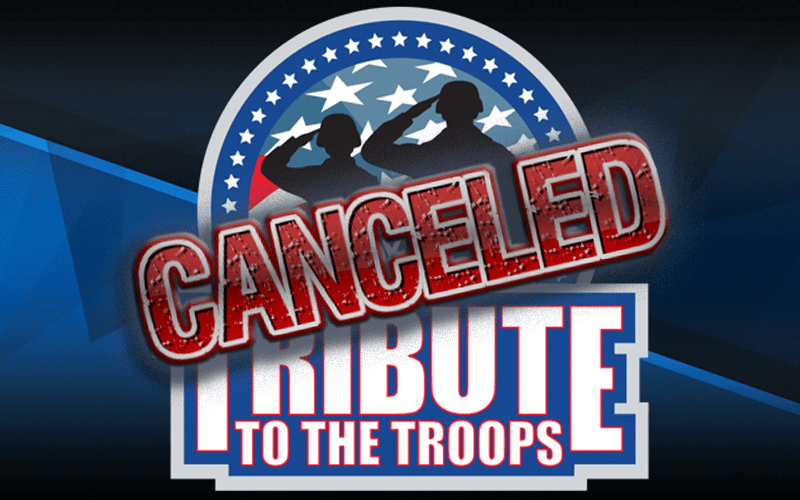 WWE Tribute To The Troops Not Airing On Television This Year

In 2010, WWE started a yearly tradition with Tribute To The Troops. That first event took place at Fort Hood and many more military bases both in American

Could also see it popping up on the Network in the coming weeks?

I heard when Meltzer said it this morning isn’t NXT off on xmas and New Year’s Day. You would think USA would put it on that night, but with Seth’s heel turn and him being the biggest star on the show (According to Meltzer) I think I can understand that reason for not airing it