PAC VS. PAGE OFF DOUBLE OR NOTHING DUE TO CREATIVE DIFFERENCES 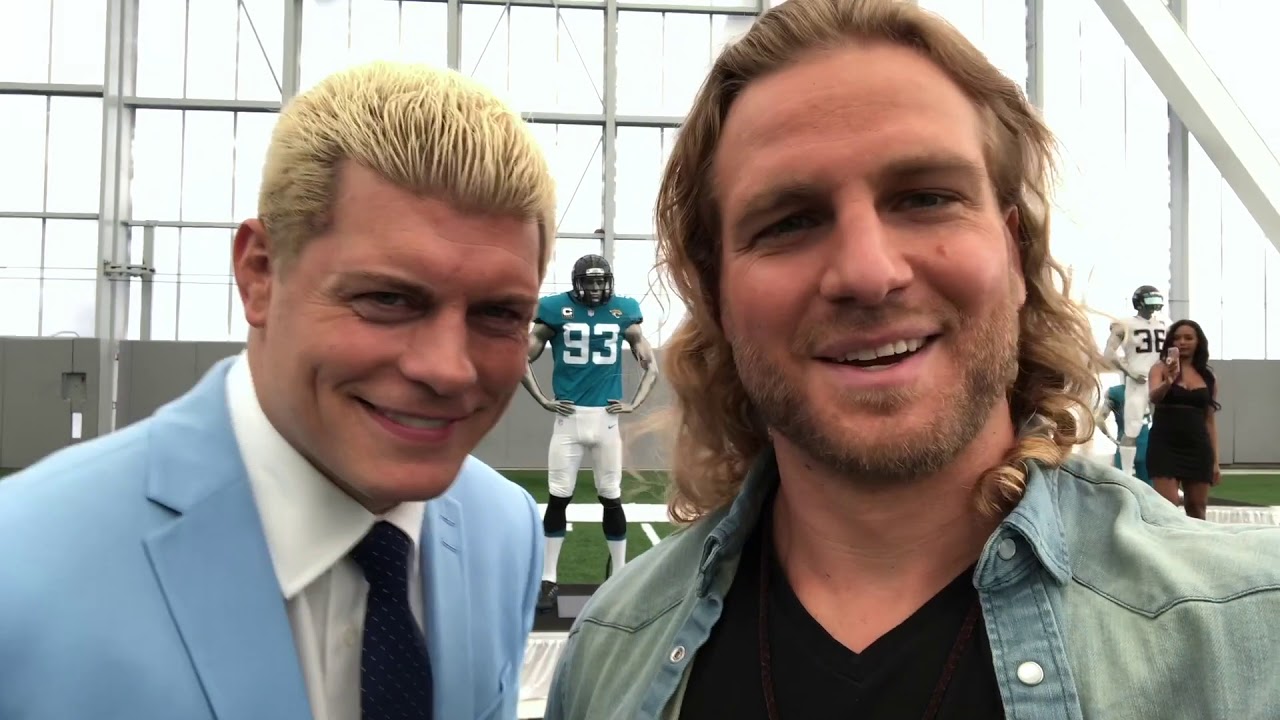 Backstage News On PAC And Adam Page Match Getting Pulled From AEW Double Or...

Yep you are right.

This isn’t Japan. The most popular era in wrestling (attitude) was more sizzle rather than solid in ring action. We want to be entertained.

Sure you can be more sports like versus WWE but you don’t have to go to the other extreme. A time limit draw or a double DQ or something would have been fine. Instead you left a sour taste in our mouths

If there was a screwy finish on their first PPV, there would have been just as many complaints.

I also think people are really looking too deep into the comments about things being sports-like. Based on all the characters who have been signed, I believe there will be plenty of entertainment elements - however, they just want the wrestling itself to actually matter, and be of consequences. That’s not that crazy an idea. And based off that, setting up your first major title match to have a screwy finish would undercut that goal.

It isn’t a title match though and Page has been a comedy character on BTE that does not feel like World Champion material going into their first show.

Is this a bad look? Sure. But I don’t think it’s some sign that the sky is falling or DG/Pac are hard to work with or AEW is inept…It’s the wrasslin’ bidness. We’ll see what affect this has on DON, but my guess would be minimal. The venue’s already sold out, the card is still stacked (regardless of Pac’s replacement), and even the folks complaining will still watch.

If this company is still around in 10 years, this will just be an interesting historical footnote that John & Wai mention when they Review DON in 2030!

I sad when you see the current state of pro wrestling and it’s fans. We can’t go back to building stories anymore with DQ/countout wins or time limit draws because fans don’t want to see stuff like that anymore, they want a clear winner and loser in every match and that’s dumb.

Back in the 70’s and 80’s, Stuff like that was done numerous times to help the feud move on to the next step and fans would react to it. Imagine for a minute if they didn’t threat it as a real sport but entertainment like it’S suppose to be.

You do the PAC vs Page match as advertise, you have Page almost beat PAC in that match only for PAC to hit a low blow and get disqualify. Then when you do the rematch, after PAC lose the belt, you got a hot feud that fans will get into because in the first meeting PAC took the easy way out to get out of the match. That’s how Dusty would have booked that match back in the day and that’s how i feel AEW could have booked that match if they weren’t not damn stubborn about trying to change pro wrestling.

I sad when you see the current state of pro wrestling and it’s fans. We can’t go back to building stories anymore with DQ/countout wins or time limit draws because fans don’t want to see stuff like that anymore, they want a clear winner and loser in every match and that’s dumb.

Can anyone point to an example of a screwy finish being done well in the WWE recently where fans complained?

This thread is very strange to me…

Most fans are not complaining when a screwball finish is done well.

This isn’t the 80s, so it’s kinda weird to even discuss how it used to be done or how it used to work. I would have given up wrestling long ago if it never changed from the 80s.

Are there other forms of entertainment where the fans get blamed this much? Maybe video games. Idk.

I wouldn’t compare this to WWE’s “card subject to change” shenanigans. At times WWE have no intention of delivering what they promise whereas this seems to be a hurdle that’s appeared on the path to AEW wanting to deliver something. Different situation.

This is going to be a reoccurring issue until AEW stops booking guys (or women) with dual contracts who have commitments to multiple companies.

That’s exactly what I was thinking too. NWA, NJPW, TNA, etc. have all had issues trying to share talent or work with talent tied up in other promotions.

Everyone involved here is being pretty stupid, but it’s not a great look for AEW.

AEW is dumb for relying on Neville.

Neville is dumb for not seeing the bigger picture and worrying about being Dragon Gate champ.

But it’s also not bright to rely on non-contracted talents from other organizations in big spots. Especially people with a history like Neville.

The good thing is they have plenty of time to fix this. We will see on Saturday.

I wish they didn’t let it get out that it was creative differences. Honestly, How bad would it have been if:

The fact the made the excuse that Pac already hurt Hangman, when Hangman is now going to be 100% fine for another match is just same-shit bad booking. Unless Pac runs in to do further damage at DoN.

I feel like they give Dave Meltzer way too much info. It’s good for us fans, because we always want to know the inside workings, but it isnt a good look on them.

Really, if they are going for a more “sports oriented” product, they should treat this as a serious injury. I do expect him to win it though.