Paul Levesque speaks on heart issue, family history, working in the office and his future

Originally published at Paul Levesque speaks on heart issue, family history, working in the office and his future

Paul Levesque shared details on his recovery as well as his role within WWE in the months since last year’s heart issue.

In the full interview with Stephen A. Smith that ESPN has released, Levesque stated he is back in the office but acknowledges that he has had to “step back a little bit” and noting his endurance is not at the same level as before.

Leveque spoke at length for the first time in the interview about his cardiac issue last year that led to a defibrillator being placed into his chest and thus, ending his professional wrestling career.

The executive stated that he is working in the office and focused on recruiting the new major stars – specifically mentioning Gable Steveson as well the possibility of opening more Performance Centers.

Levesque said that prior to the heart issue, he had spoken with Vince McMahon about doing something at this year’s WrestleMania 38 but didn’t expand on what those plans were. In the same interview, he noted he will never wrestle again after his heart issue.

Regarding his family’s history of heart problems, he mentioned the passing of both his great grandfather and grandfather while his father required triple bypass surgery and that it’s a genetic issue.

Regarding his own health, he stated he never had high blood pressure or high cholesterol during past tests in the company and had an “athlete’s heart”.

He said when he had the issue, there was a 99 percent blockage in the left anterior descending artery and if there was a clot or thickening, it could have been fatal.

Here is the video of the interview. 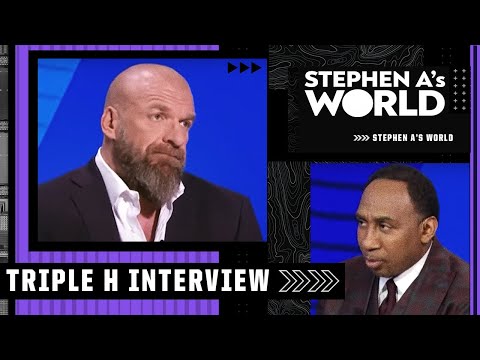 Around the 2 minute mark you can see him get pretty emotional as he talks about the impact on his family. Knowing he’s a dad of three relatively young kids I can’t imagine how scary it must have been to go through what he did.

While I’m sad his in-ring career is over I am so glad he survived and seems to be doing much better. Im sure that even if he’s not having matches that we will see him again in front of the camera sooner or later and I can’t wait.

Im a big Triple H fan and never really bought into the hate in the infancy of the IWC from 2002-2004 of his supposed “reign of terror”. Working injured a lot of that time he still had great matches and was one of the most interesting characters on the show. And that’s been the case really his whole career. And then behind the scenes the black-and-gold era of NXT is the best stretch of wrestling booking I have seen. AEW might be second but it’s been on for a shorter period so far.

Agreed, Hunter doesn’t get the credit he deserves from a small bitter segment of the IWC.
While there were definitely some feuds he was in that I didn’t care for (Booker T comes to mind), as a whole the man has one of the greatest careers ever. This was a hard watch, even if you don’t like the man, unless you are heartless you have to feel for him when he chokes up thinking about the idea of his 3 daughters growing up without him.

What you posted is the preview, the full thing is about 15min: 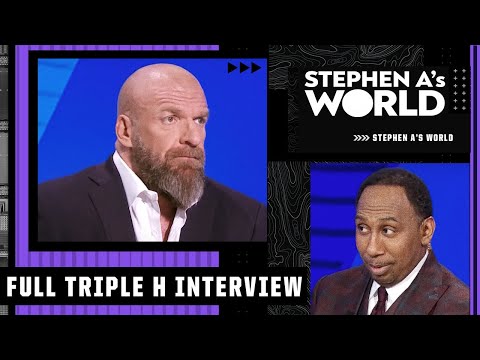